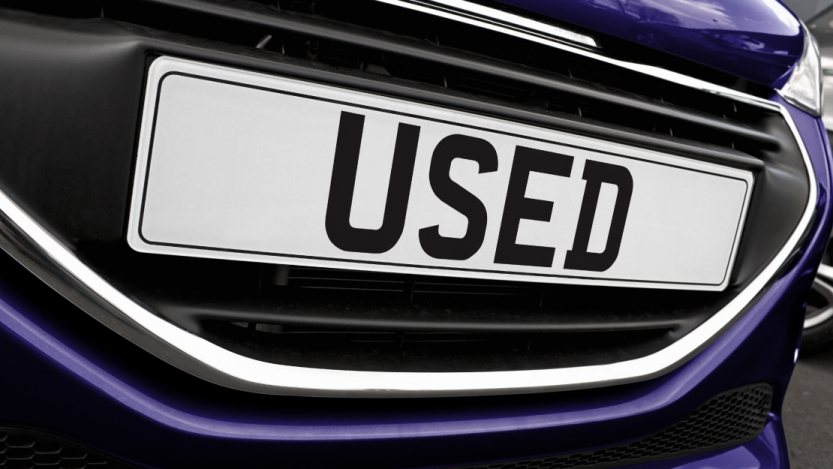 Used Electric Cars - Should I buy a second-hand electric car?

With more models to choose from, lower prices, and better performance than ever before, electric cars are on the up in a big way. But while the latest models grab the headlines, yesterday’s electric cars still provide reliable and cheap green motoring. With the cheapest used electric cars costing only £5,000 or so, buying a second-hand electric car could save you a fortune.

But as with any second-hand car purchase, buying a used electric vehicle comes with some risks. So before you rush in, do your research and thoroughly check the car. In this guide, we’ll cover some of the key things you need to look out for, to make sure you get the second-hand car of your electric dreams.

Why buy a second-hand electric car?

Electric cars are getting more affordable as they hit the mainstream, but the cheapest new electric car still costs around £17,000. A second-hand electric car offers a viable alternative if your budget won’t stretch that far. As an example, we found a high-spec, five-year old Nissan Leaf on Autotrader for around £8,300.

Just like a new electric car, a used electric car is very cheap to run. The good news it also qualifies for most low-emission exemptions and grants. And with fewer moving parts, you’ll avoid some of the big bills associated with ageing petrol cars – like a timing belt change or new exhaust.

There’s also no shortage of used electric cars to choose from. We found more than 3,000 on Autotrader in April 2020. And that number is likely to go up fast. The choice of models available depends on the age of car you’re looking for. Go back only five years and you can choose from fewer than 15 mainstream models. If you’re buying a car that’s just a few months old, you get even more options.

The most common second-hand electric cars in the UK

To have the widest choice of second-hand electric car, you need to aim for models that were most popular when new. This means you’re primarily looking at choosing between the Nissan Leaf, BMW i3, Renault Zoe or Tesla Model S. And because the first Leaf has been around since 2011, it’s also one of the cheapest used electric car buys.

The launch of more high performance and premium models is changing the market rapidly though. According to analysis done by NextGreenCar, Tesla’s Model 3 didn’t arrive in big numbers until the second half of 2019 but by the end of the year, it was the UK’s biggest selling electric car.  And you can already pick up a second-hand Model 3… Although high demand means it still comes with a pretty hefty price tag – for the moment anyway.

Other premium cars lose their value more quickly. According to the CAP valuation guide, the Jaguar i-Pace, Audi E-tron and Tesla Model X all depreciate significantly. So a canny used electric car buyer could bag themselves one of these statement high-spec electric cars for a bargain soon.

How many electric cars are there?

How much do used electric cars cost?

Even if money’s no object, you can still get a bargain with a nearly new electric car. We found a one-year old Jaguar i-Pace EV400 HSE for £60,000 – that’s about £15,000 less than buying it brand new. And you can even save money on today’s most in-demand electric cars. We found an eight-month old Tesla Model 3 Standard Range Plus selling for £5,500 less than the new equivalent.

The youngest second-hand electric cars are likely to be ex-demonstrators. These have usually been registered to a franchised garage and used for test drives. You can usually expect an ex-demonstrator electric car to have been looked after well. But it may not be that much cheaper than forking out for a new model.

What to check on a used electric car

The good news is that many features you might have checked on a second-hand petrol car simply don’t exist on an electric car. With far fewer moving parts, there’s little that the layman can inspect under the bonnet. And no exhaust or gears to scrutinise. But do give the car a good visual inspection to check everything else is in working order.

It’s also vital to take the car for a test drive. Be on the lookout for unusual noises, bumps or vibrations as you go. If your chosen car is still available new, try to test drive a new model first. So you know what it should feel like to drive.

And if you’re new to electric vehicles, you should drive a couple of new models anyway. Just so you have an idea of how the driving experience differs when you go electric.

The battery is an electric car’s most valuable component. So it makes sense to ensure it’s in decent shape when looking for a used electric car. Ask to see the car when it’s fully charged and check what the information screen says about battery health. At the very least, count how many of the bars are full and check this against the warranty conditions. If you’re unsure, get a franchised dealer to check it for you.

The Renault Zoe avoids battery ageing issues altogether by allowing customers to lease the battery separately from the rest of the vehicle.

Batteries are often guaranteed to have around 70% of their original capacity after seven years. And this guarantee is usually transferable (with Nissan and BMW, this transfer only applies to a private sale). If you’re buying second-hand from a garage, get crystal clear reassurance on whether the battery is covered by any warranty. Ask to have the details in writing and scrutinise them closely. If you’re buying privately, check the car’s ownership history carefully and, if necessary, call the manufacturer for advice.

If the battery needs replacing, the good news is that it might not cost as much as you fear. A replacement new battery for a first-generation Leaf, for example, cost just £4,920 in 2014. More recently, re-fabricated packs have dropped the price to around half that.

Even if the battery’s still got life in it, you can restore or even upgrade the battery pack. And the cost of doing this is only likely to come down, with more, older electric cars on the road.

How do you buy a used electric car?

Buying a used electric car is much the same as buying a new one. You’re likely to find a range of second-hand electric cars at your local dealer – particularly if you’re looking at bestsellers, such as the Nissan Leaf, BMW i3 or Renault Zoe.

If you’ve got a budget in mind, but haven’t chosen a car, classified sites like Autotrader are a good starting point. You can browse a range of cars and models to find out what’s in your budget, and compare specs. You can go private too – whether through an individual or a business.

There are pros and cons to all options. A franchised dealer will give you the reassurance that they’re an official seller, for instance. But by the same token, it’s unlikely to be the cheapest way of buying second-hand. A private sale is where you’ll usually pick up the best bargain. But you’ll want to check they’re a genuine seller. And you have far less legal protection if things go wrong.

There are also electric cars for sale on eBay – from dealers and private sellers. But neither PayPal nor eBay’s buying protections apply to cars bought through the site. So you still need to make the usual checks.

There aren’t yet large numbers of second-hand electric cars in the UK. So you may need to travel some distance to get the one you want. It’s not ideal to buy a car without inspecting it first. But if it’s too far to travel to carry out the inspection first-hand, you can order an expert to do it for you instead, from organisations like the AA. This may give you the reassurance you need before you finalise a purchase.

Paying for a second-hand electric car

Just as with conventional cars, there are several ways to pay for your used electric car. A private seller will probably only accept cash or a bank transfer. If it’s the former, don’t be offended if they want to meet at a bank to have the notes checked. Paying by bank transfer is generally regarded as safe, but triple-check the destination account details before you make the payment.

Can I get a grant to help towards the cost of a used EV?

There are multiple grants and benefits for owners of new electric cars and second-hand EVS qualify for some of them:

As an alternative to buying a second-hand EV outright, many franchised and independent dealers offer finance deals – or even let you lease a used electric car. But as with any finance deal, check the terms carefully and be sure you understand the total amount you’ll need to repay before you own the vehicle outright.

Whatever your budget, and whatever features you want, you’re likely to find a cheap second-hand electric car to suit you. But make sure you consider all your options first.

If second-hand EV isn't for you

Buying a used electric car isn't for everyone so it's definitely worth considering leasing an EV. It tends to be more affordable and there's more to choose from.