EDF partners with Boots to deliver essential medicine to most vulnerable 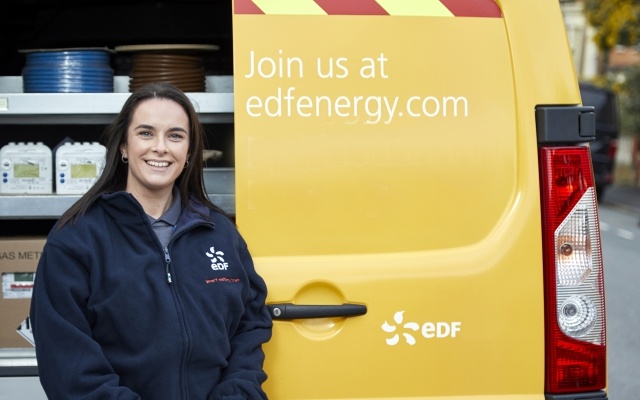 EDF has partnered with Boots UK to help local communities during the ongoing Covid-19 pandemic, delivering essential prescription medicines to vulnerable patients and to those households in self-isolation.

Around seventy of EDF’s smart and technical field engineers have volunteered to support the Boots Pharmacy Delivery and Collection (PDC) scheme, collecting essential supplies from Boots hubs across the country, so that those who are self-isolating or cannot get to their local pharmacy can have the medicines they need delivered to their door.

The EDF engineers have been matched to suitable locations to minimise the distance they need to travel and time spent outdoors. All volunteers will be provided with the training and kit necessary to ensure the safe delivery of essential medicines to customers, as well as a secure working environment for EDF’s engineers.

The move comes as EDF employees across the country offer their services to the national effort against Covid-19, with many of the firm’s smart metering and technical field engineers volunteering to support local community initiatives.

Philippe Commaret, Managing Director for Customers at EDF, said: “As we all adapt to a new way of living, we want to do everything possible to help support the most vulnerable in society during this worrying time. By partnering with Boots, we hope we can play our part in ensuring those in isolation can access the vital medical supplies they need.

“We're incredibly proud of the resilience and commitment shown by our whole team during this unprecedented time - from our dedicated engineers who have volunteered to take part in this programme, to those working tirelessly to keep energy running across the country."

Eddie Storr, Head of Supply Chain Pharmacy at Boots UK, said: “These are challenging times and our top priority is to ensure we continue to provide patients across the UK with the important medical supplies they need. We are incredibly grateful to receive this support from EDF and I would personally like to thank their volunteers, and all our incredible colleagues at Boots, who are stepping forward onto the front line to ensure the safe and secure delivery of prescriptions to the most vulnerable.”

Nick Gould, smart engineer at EDF, said: “It’s great to have the chance to do something to help the community and those who are reliant on these medicines but unable to collect them. If I can help people get the medicines they need, that is one less thing for them to worry about.”

EDF and CGN are leading the UK's nuclear renaissance with the construction of a new nuclear power station at Hinkley Point C, and plans for new power stations at Sizewell C in Suffolk and Bradwell B in Essex. Hinkley Point C will provide low carbon electricity to meet 7% of UK demand. The project is already making a positive impact on the local and national economy as well as boosting skills and education.