Today the Competition and Markets Authority (CMA) has reported its notice of provisional findings and possible remedies.

EDF Energy will carefully review the proposals and looks forward to working with the CMA to make the market work better for customers.

The company has been cooperating fully with the CMA since the launch of its energy market investigation last year. EDF Energy chief executive Vincent de Rivaz first called for the inquiry in 2011, seeing it as a chance to clear the air and to find ways to make the market work better.

He has said that customers want to know they are being treated fairly, and need the industry to meet big challenges like tackling climate change affordably and investing in new electricity generating capacity.

EDF Energy also believes that digital innovation can be used to put customers in control, helping them to save energy, have simple bills and choose tariffs more easily.

EDF Energy will continue to work with the CMA team as they develop their final conclusions and is determined to be part of the solution in creating the thriving low-carbon economy the country needs.

EDF Energy is one of the UK’s largest energy companies and the largest producer of low-carbon electricity, producing around one-fifth of the nation's electricity from its nuclear power stations, wind farms, coal and gas power stations and combined heat and power plants. The company supplies gas and electricity to 6 million business and residential customer accounts and is the biggest supplier of electricity by volume in Great Britain.

EDF Energy’s safe and secure operation of its eight existing nuclear power stations at sites across the country makes it the UK’s largest generator of low carbon electricity. EDF Energy is also leading the UK's nuclear renaissance and has published plans to build four new nuclear plants, subject to the right investment framework.

These new plants could generate enough low carbon electricity for about 40% of Britain’s homes. They would make an important contribution to the UK’s future needs for clean, secure and affordable energy. The project is already creating business and job opportunities for British companies and workers.

Through Our Better Energy Ambitions, EDF Energy has developed one of the biggest environmental and social programmes of any British energy company.

In 2014 EDF Energy received seven ‘Big Ticks’ in the Business in the Community (BITC) Responsible Business Awards. In 2013 EDF Energy received the Environmental Leadership for Behavioural Change Award in the national Environment and Energy Awards and was highly commended in the first ever pan European Corporate Social Responsibility Awards scheme for its Sustainable Schools programme – the Pod.

EDF Energy is part of EDF Group, one of Europe’s largest power companies. The company employs around 15,000 people at locations across the UK.

To find out more about the UK's energy challenges look at www.edfenergy.com/energyfuture/ 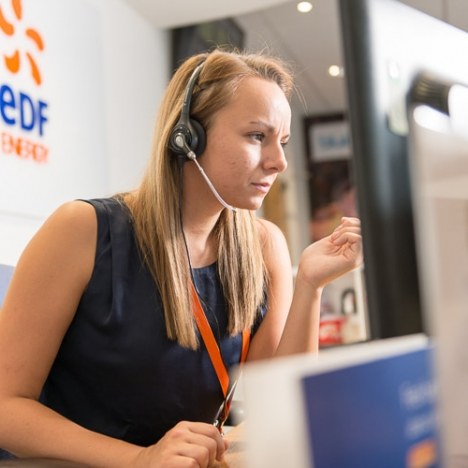