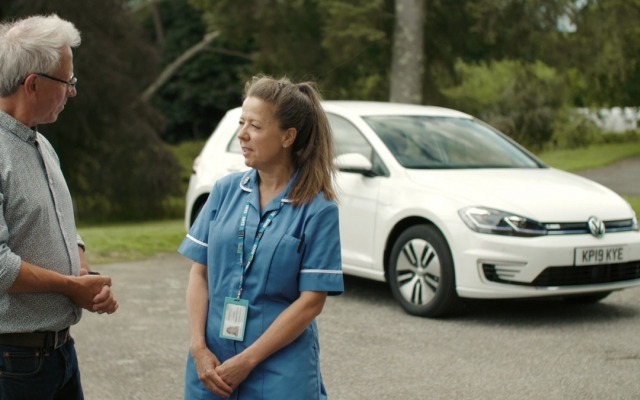 EDF will be helping public sector organisations across the UK in their transition to EV fleets
View | Download (223.32 KB)

The agreement covers contracts to support the creation of charging infrastructure required for electric vehicles (EVs) across the UK as it moves towards the 2050 net zero emissions target. It provides customers in central government, local authorities, hospitals, and other public sector bodies with access to products and services to support the installation of infrastructure, such as charge points.

The agreement will support public sector bodies to develop the infrastructure needed to enable the widespread use of electric vehicles, such as for public sector fleets and their workforce, home charging, and vehicle charging facilities which provide a service to the general public in locations such as on-street residential areas and off-street car parks.

To deliver this infrastructure, EDF will work with Pod Point - one of the largest suppliers of EV charging solutions in the UK - which was acquired by EDF earlier this year.

In March 2020, the government published a vision for developing the EV charging network in line with its commitment to support the growth of green, zero emission technologies and help the UK end its contribution to climate change. It aims to bring forward the end of the sale of new petrol and diesel cars and vans to 2035, or earlier if a faster transition is feasible. Extensive public charging infrastructure across the UK is a key part of this transition.

"We are delighted that the government has confirmed its faith in our capabilities, following the successful supply contract that we already hold with CCS. We are looking forward to continuing to work with government and public sector customers to help deliver the infrastructure that the UK needs.”

EDF has already begun to help public sector organisations across the UK in their transition to EV fleets, including the Cornwall Partnership NHS Foundation Trust. EDF has provided the Trust with the infrastructure required to power and charge its new fleet of 15 EVs. Together with its own solar generation and ability to sell surplus energy back to the National Grid, the NHS Trust’s new EV fleet is allowing it to save the equivalent of two nurses’ salaries each year.

This agreement marks the second live contract for public sector works between EDF and the Crown Commercial Service, having already been appointed for electricity supply and ancillary services.