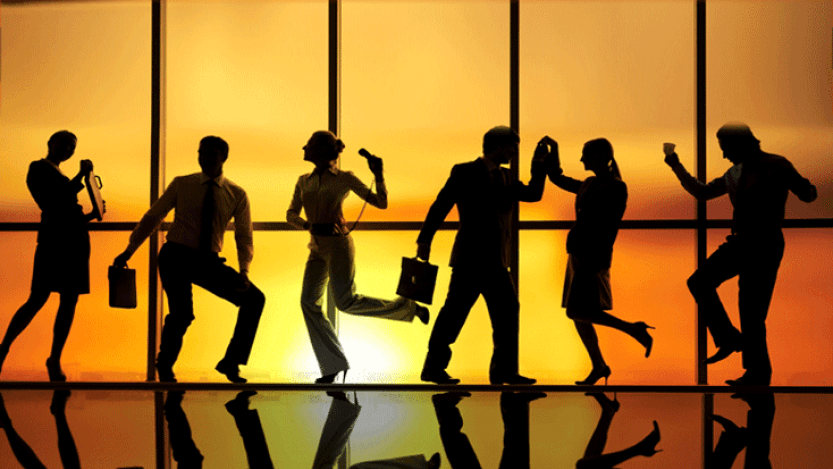 For those of us interested in the role of employee engagement and behaviour change in business energy management strategies, January gave us two reasons to be cheerful.

The second but most recent was a write up of 2degreesLive – an event attended by some 170 energy and sustainability professionals on 25 January. Behaviour change was one of five talking points that the organisers published the following week:

Behaviour change is a powerful tool. It’s estimated that around half of a building’s energy consumption is directly influenced by how its occupants use it. Their actions have significant impact on the amount of energy consumed by lighting, heating and cooling as well as by appliances like computers, printers and photocopiers. So why have businesses not been exploiting this opportunity to curb energy use? One answer is that persuading individuals to change their behaviours is not always straightforward.

Pointing out that achieving the engagement that drives behaviour change is difficult may seem a downbeat ‘reason to be cheerful’, but there’s method in my madness. Maybe just a change of tack is what’s needed for success.

A clue to the type of change needed was in fact my first reason to be cheerful. Two weeks earlier Verdantix, a respected sustainability analyst firm, published their Eight Predictions for Energy Management in 2013 and gave this assessment of employee engagement for the year(s) ahead:

(Download the full report from www.verdantix.com for the other seven predictions).

The rising interest in employee engagement and behaviour change has been building for some time. Several reports and surveys last year confirmed its place as a key tactic in energy managers’ strategies. Take these three examples.

A late 2011 survey by Energy Live News announced that employee engagement had been on the action list of 3 out of 5 energy managers in 2011 and would continue to be so during 2012.

In February 2012 EDF Energy sponsored research with manufacturers with Works Management, a leading magazine for manufacturers.  We found behaviour change and employee engagement was the second most popular energy management activity at 62%. It lost out only to ‘turning off unnecessary lights’ which one could easily argue an engaged workforce would surely do anyway.

Then mid way through 2012 came new research from Faversham House, publishers of Sustainable Business and edie.net and organisers of the Sustainability Live event. It showed employee engagement was a current priority for 4 out 5 energy management professionals and would continue to be so for at least the next 12 months – the normal planning horizon (aka the foreseeable future) of most of those surveyed.

A further sign of the growing popularity of employee engagement is the MEUC’s new working group on the issue.

Don’t confuse popularity with easy. Faversham House’s research also confirmed employee engagement is difficult. It ranked as energy managers’ third greatest barrier to getting energy saving programmes underway after the old chestnuts of funding / resources and verifying savings.  It seemed significantly more difficult in the public sector with 48% mentioning it as a barrier compared with 31% in the private sector.

With the right support, such as a sponsor director showing commitment at the top, those barriers can be overcome. The Government’s own explanation of its success reducing carbon emissions by 10% in one year (May 2010-11) recognised behaviour change as a leading contributor. Covering some 300,000 civil servants in 3,000 buildings, the initiative had been announced by David Cameron. You can hardly get more ‘at the top’ than that.

Our research amongst manufacturers showed that 4 out of 5 of companies that had seen a year on year reduction in energy costs attributed their success to increased energy efficiency, not more effective energy procurement. People related tactics included having energy champions on site (61%), including energy KPIs in staff objectives (31%) and linking energy saving to continuous improvement (36%).

At a roundtable held by Works Management and EDF Energy to discuss those findings, John Hickson, facilities & site utilities manager at Vauxhall UK said, “We think it’s a golden age for inspiring the shop floor because everybody is becoming more aware of rising domestic bills. There are things that can be done in terms of shutdown of processes and having that awareness. It’s linked to our business plan deployment. A key metric is megawatt per hour per vehicle; it’s bred into everybody.”

I hope 2013 proves a golden age for your employee engagement programme.