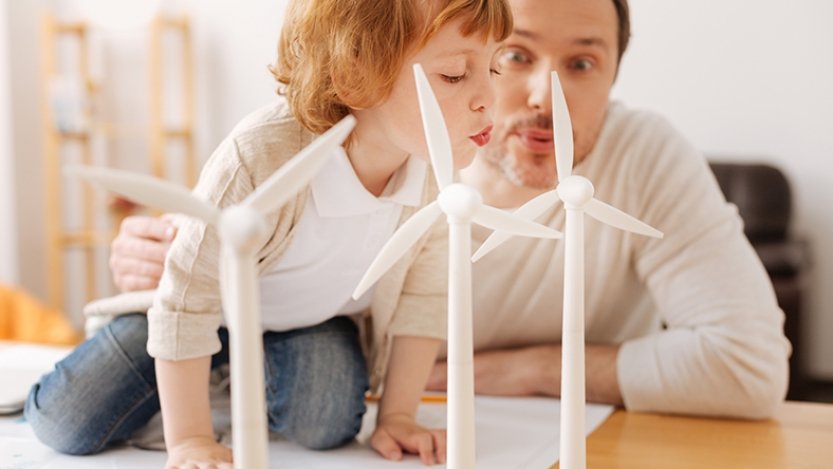 People everywhere are looking for new energy ideas to help them make energy-smart decisions for the future. Here at EDF Energy, we believe in renewable energy and changing the attitudes and practices about the way people generate and use energy. Central to this is the discovery and development of alternative energy sources. Here are some of the fascinating ways energy is being generated across the globe – and even outside it.

At Washington State University, Scientists are working on an ambitious project to harness the power of the solar wind which if successful could generate 1 billion billion gigawatts of electricity – that’s 100 billion times more power than the planet currently consumes. The technology for harnessing solar radiation in space exists already, as demonstrated by Japan’s IKAROS – an interplanetary spacecraft powered solely by the solar wind. The big challenge for the scientists is how to transfer all those billions of gigawatts back to earth. So far, they haven’t figured that out.

As an alternative to liquid fossil fuels, algae offers huge commercial potential. And because the carbon they release has only recently been taken from the atmosphere by photosynthesis, the impact of algal fuels on the atmosphere is much lower too. Algal fuel production has a minimal impact on land and water resources too as its ‘farms’ require relatively little space (compared to cereal farming) and it can be produced using seawater or even ‘grey’ waste water.

Sweden’s latest green energy source – is Swedes. Engineers in Stockholm have devised a way to harness the heat generated by the 250,000 commuters who crowd into its Central Station every day. The body heat is channelled through the station’s vent system, then used to warm up water in underground tanks and pumped through the heating system of a nearby office block – owned by the same company. The construction and installation of the system cost just $30,000. For a building whose construction costs run into hundreds of millions, that’s a bargain.

As we’ve seen with algal fuels, biomass can be converted directly into liquid fuels for transportation. Unlike algal fuels though, biofuels such as ethanol and biodiesel are already commercially available and their popularity is on the rise. Fun fact: Henry Ford originally intended his cars to run on ethanol but at the time, petroleum was cheaper to produce!

This isn’t just smart tech, it’s funky too. Energy floors in Rotterdam has found a way to harness the kinetic energy of the dancefloor. This is converted to electricity that lights up the dancefloor itself. With the average person taking 150 million steps in a lifetime, there’s no reason why this technology can’t find wider commercial applications. Pavegen, a London based company is demonstrating this with its development of the energy-harvesting ‘smart street’.

To Sweden again and at Gothenburg’s Chalmers University of Technology, Zachary Chiragwandi and his team are developing a biological fuel cell derived from the fluorescent protein cells of the jellyfish aequorea victoria. The team has so far used a proof of concept device to power a clock with their technology. Fanciful though it may seem right now, one day these biocells could float in the oceans, generating cheap power with minimal impact on the environment and at (relatively) low cost.

Finally, the Swedes are at it again with this ingenious idea. In 2007, 185,000 gallons of alcohol were confiscated at the border of Sweden. Instead of pouring it down the drain as they had in previous years, authorities combined it with other fuel sources such as animal remains from slaughterhouses and human waste in anaerobic digesters where it was converted it into biofuel for public transport. It may sound gross, but by replacing 5 million litres of fossil fuel with 5 million litres of biogas, Sweden can reduce carbon emissions by 12,000 metric tons in one city alone.

Content in this article is aimed purely at giving you the information you need to make an informed choice. We’re not making any recommendations or endorsements. We can’t control third party products or services and we’re not responsible for any loss or damage you experience by using them.