What is nuclear energy?

Nuclear energy comes from the binding energy that is stored in the centre of an atom and holds it together. To release the energy, the atom has to be split into smaller atoms. This process is called fission.

How does nuclear energy make electricity? 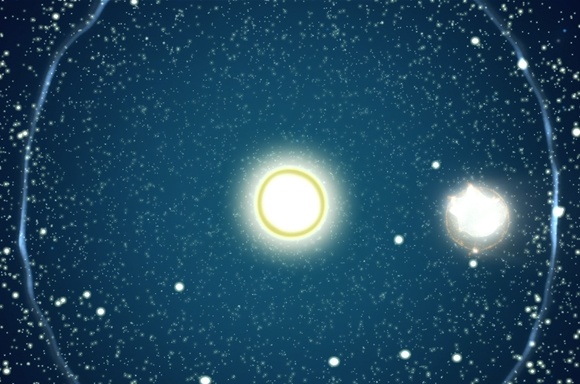 During a reaction the smaller atoms don’t need as much binding energy to hold them together, so the extra energy is released as heat and radiation.

In nuclear power stations, the heat caused by fission is used to boil water into steam. The steam is then used to turn a turbine that drives generators to make electricity. 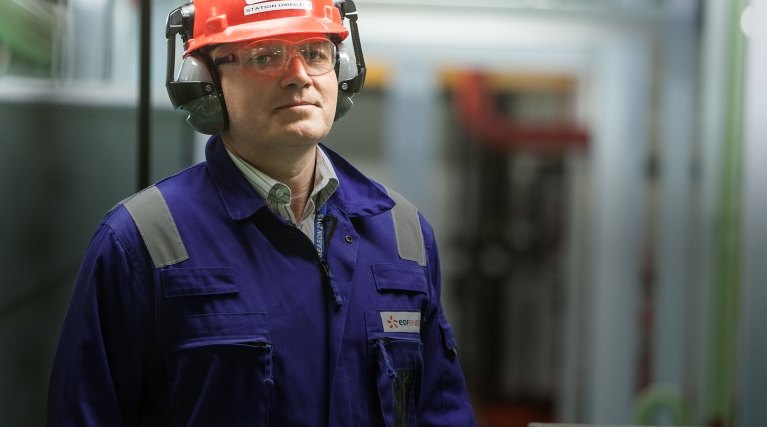 How does a nuclear PWR (Pressurised Water Reactor) station like Sizewell B work? 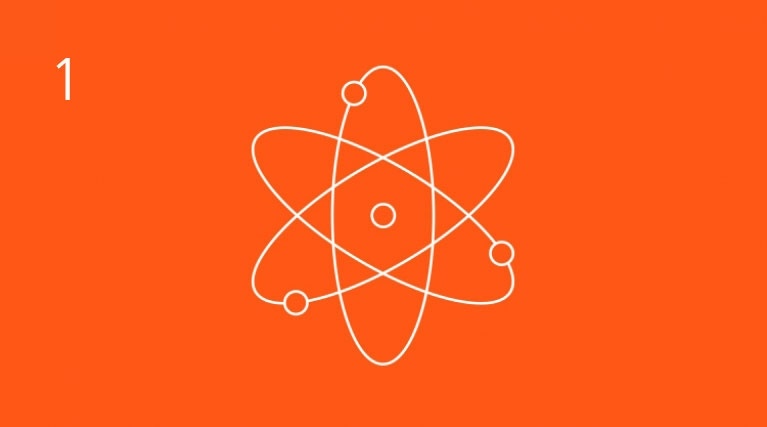 The reaction is triggered

The reactor vessel is a tough steel capsule that houses fuel elements – sealed metal cylinders containing uranium. Neutrons are fired at the uranium atoms, causing them to split and release more neutrons. These then hit other atoms, causing more splits, and so the chain reaction continues. It’s this chain reaction that generates the huge amount of heat needed for the next stage. 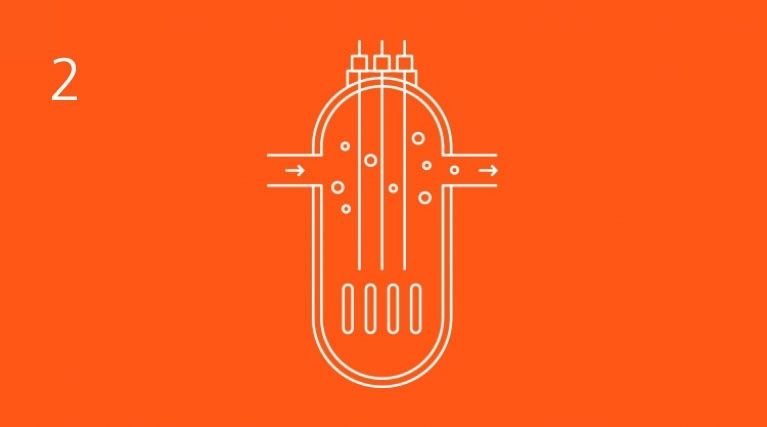 Water is passed through the reactor vessel, where the chain reaction heats it to around 300°C. The water needs to stay in liquid form for the power station to work, so the pressuriser applies around 155 times atmospheric pressure, to stop it from boiling and evaporating.

A coolant pump then circulates the hot, pressurised water from the reactor vessel through to a steam generator. 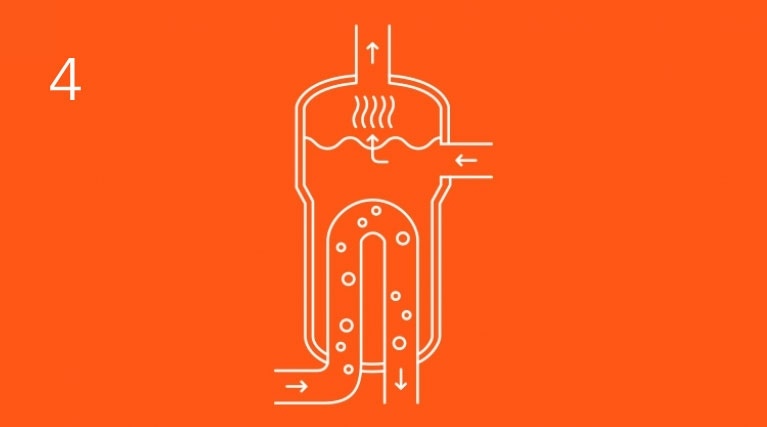 This hot, pressurised water flows through thousands of looped pipes while a second stream of water flows around the outside of the pipes. This water is under much less pressure, so the heat from the pipes boils it into steam. 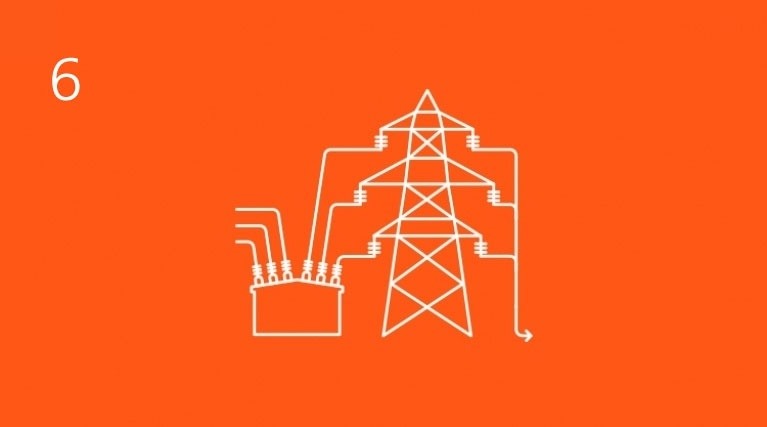 A transformer converts the electrical energy to the high voltage needed by the national grid. 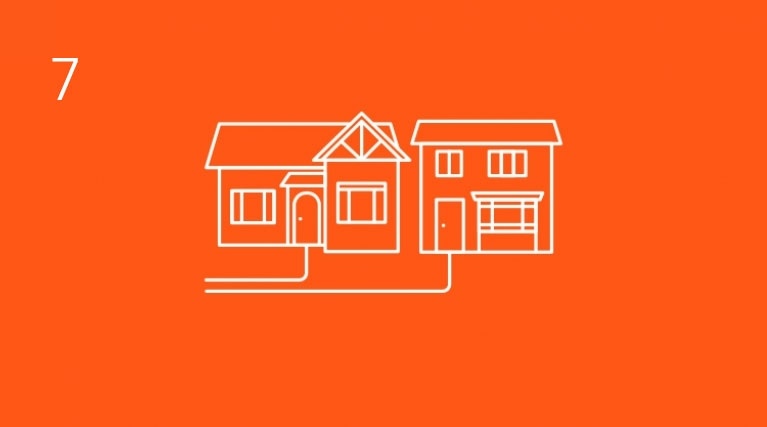 Electricity is sent through power lines to homes

The national grid uses high voltages to transmit electricity efficiently through the power lines. And at the end of the power lines are the homes, businesses and services that use the electricity. Here, other transformers reduce the voltage back down to a usable level. 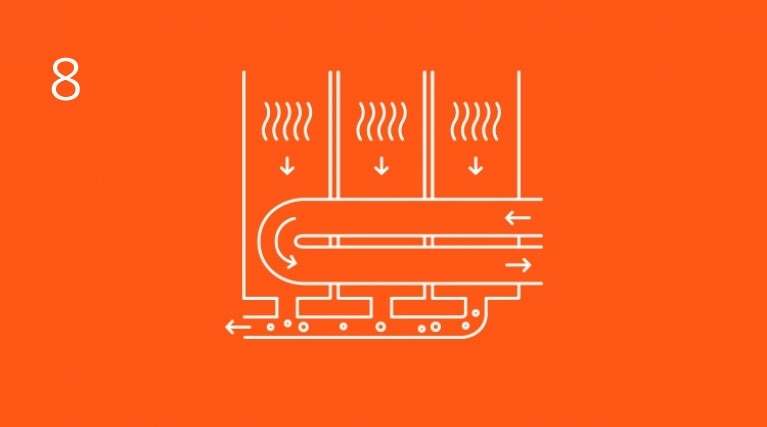 The steam is cooled and recycled

Once the steam has done its job in the generator, it needs to be cooled. It is passed over pipes full of cold water pumped in from the sea. These cool the steam and condense it back into water. It’s then piped back into the steam generator, where it can be reheated turned into steam again, keeping the turbines turning and the electricity generation going.

Why do we need nuclear energy? 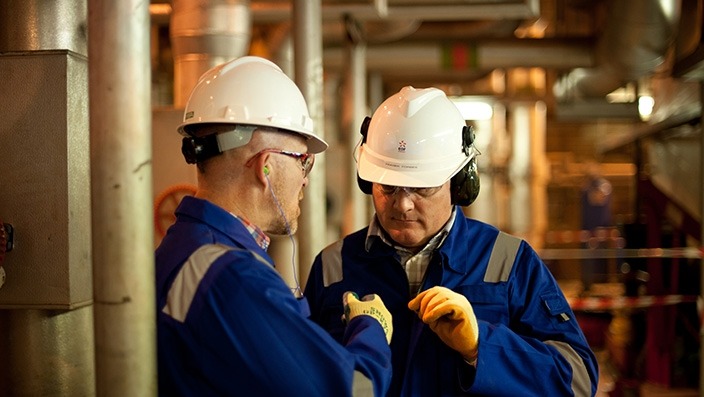 The UK’s electricity demands are currently met by a diverse energy mix – power generated in a number of ways: nuclear; fossil fuels like coal, gas and oil; and renewables like wind, solar and hydro. But there is a huge challenge ahead.

The UK urgently requires new investment in energy infrastructure to replace old and polluting sources of electricity generation, and ensure we a have sufficient capacity in the mid-2020s as we move to using more electricity in our daily lives. In addition, the UK has committed to achieving net zero carbon emissions to combat climate change by 2050. So as much new electricity generation capacity as possible needs to be low carbon in order to help reach this commitment.

A future energy mix with a significant amount of low carbon nuclear generation alongside gas and renewables will help deliver a secure low-carbon energy system at an affordable price, with the flexibility to incorporate future technologies. 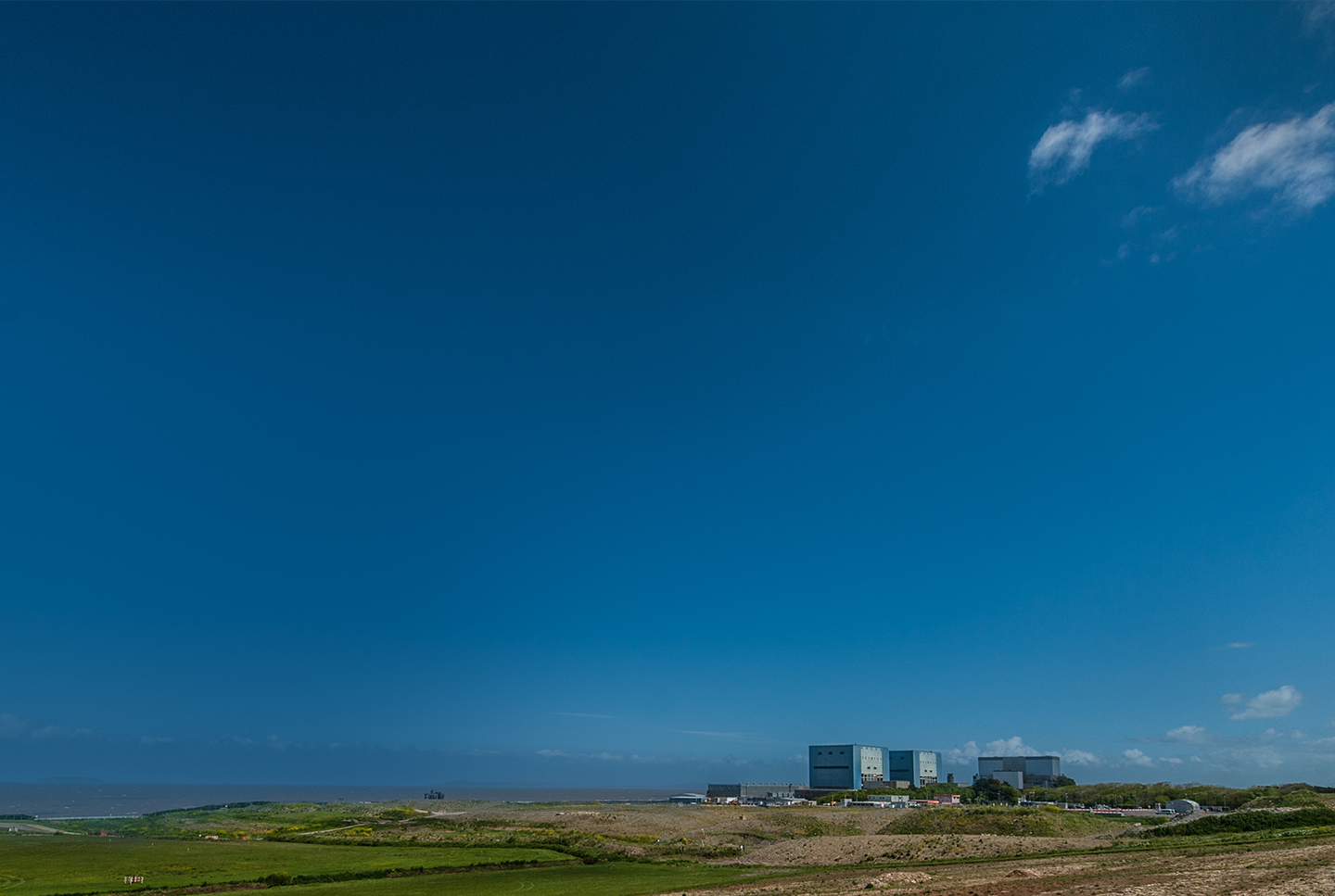 Each source has its strengths and weaknesses. Fossil fuels, like gas and coal, are the biggest cause of CO2 emissions. So increasing electricity generation with these isn’t a long-term option. Renewable sources are low carbon but unpredictable and depend on specific climatic conditions.

Nuclear power generation depends on a natural resource that is abundant in many places around the world. It has low ongoing running costs, produces electricity reliably and is very low-carbon. But the stations require big upfront investment to build and they produce radioactive material, which has to be safely managed. EDF believes the positives far outweigh the negatives, and that nuclear power is a key part of the mix. 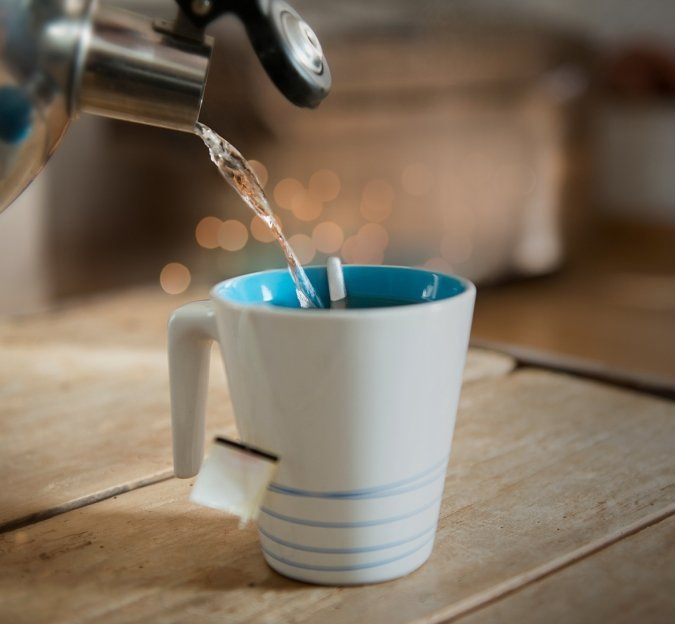 We’re all aware of the threat that climate change poses to our planet. The energy sector has a key role to play. Meeting our targets depends on the UK moving to a lower carbon electricity mix and also using low-carbon electricity to play a greater role in transport and heating.  We therefore need to increase the amount of electricity produced from low-carbon sources.

Wind, solar, hydro and nuclear power generation produce close-to-zero carbon dioxide emissions. Nuclear power has one of the smallest carbon footprints of any energy source. In fact, most of the CO2 produced is done during the construction of the stations.

The natural element used to create nuclear energy - uranium - is powerful stuff. A single uranium fuel pellet, which is about the size of a peanut, can produce as much energy as 800kg of coal. 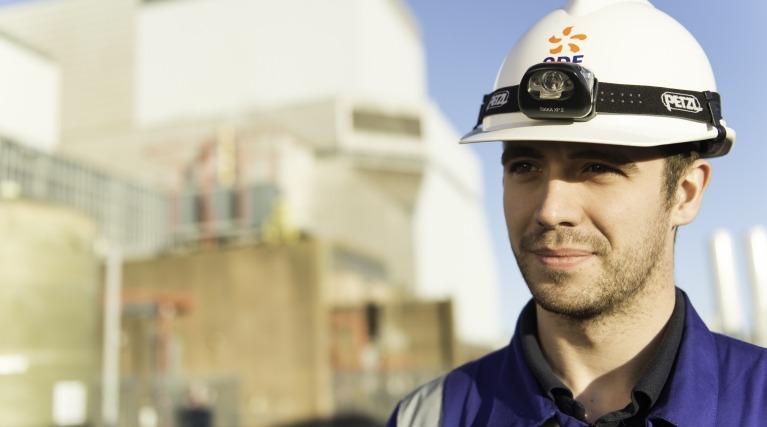 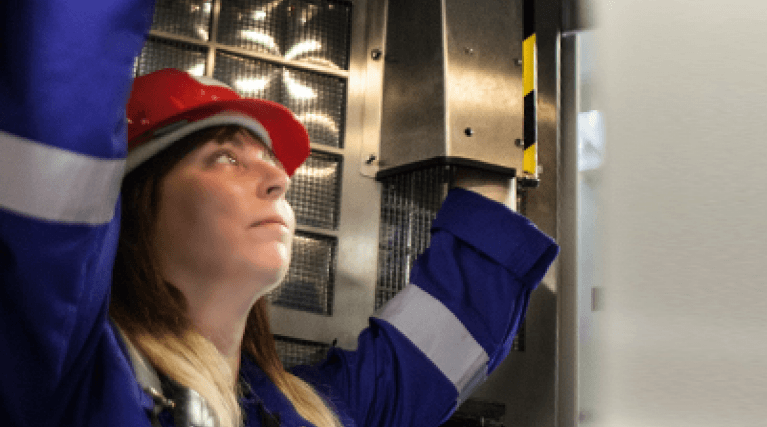 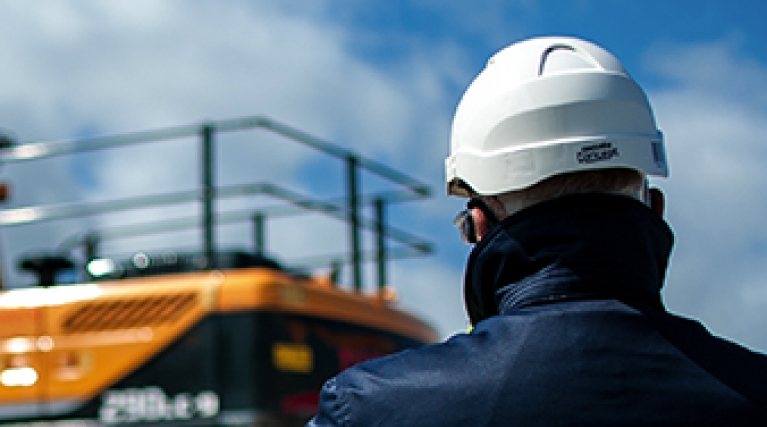 We’re investing in the next generation of nuclear power stations.