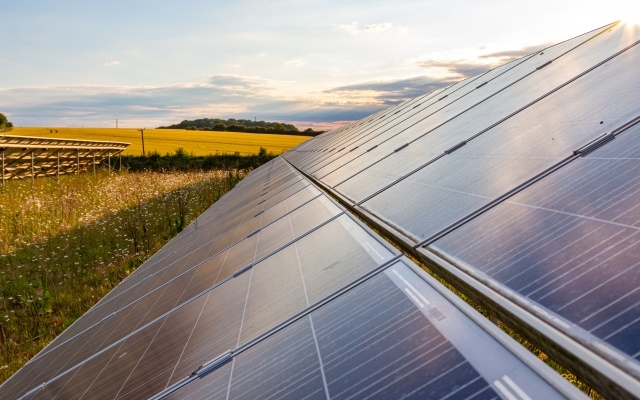 A joint venture between two experienced renewable energy developers has plans for a new solar energy farm, co-located with battery storage, on land north east of Chelmsford and north of the A12 between Boreham and Hatfield Peverel. The project would be capable of generating the electricity needs of up to 67,000 households.*

Longfield Solar Farm is being proposed as a joint initiative by EDF Renewables UK and Padero Solar to help the UK meet its ambitious targets to source low carbon, renewable energy generation. There is currently around 8GW of grid scale solar capacity in the UK and this project will help increase the country’s goal of achieving net zero carbon emissions by 2050.

Located on around 380 hectares of land, the proposal is classified as a Nationally Significant Infrastructure Project (NSIP) as it would export 50MW or more of electricity – at this stage, it is expected to generate around 350MW from solar energy. This means development consent is needed from the Secretary of State for Business, Energy and Industrial Strategy.

EDF Renewables UK Director of Solar and Onshore Wind Development, Mark Vyvyan-Robinson said, ‘We are keen to work with the local community to deliver the wide-ranging benefits of low carbon electricity generation. We will be consulting widely on the project and letting the local community know more about the scheme in the coming months. There will be a consultation on Longfield Solar Farm later this year so people can find out more about the scheme and let us know their thoughts too.

‘This is an excellent site for a renewable project incorporating solar and battery storage; it is suitably sunny and has a connection on site to the National Grid network.  Together, we have significant experience in developing and operating large scale renewable energy projects. Longfield Solar Farm will enable us to contribute to the country’s green economic recovery from COVID-19 and shows we are committed to helping Britain achieve net zero. It is also part of the Group’s 2030 strategy to double installed renewable capacity from 28GW to 50GW in the next ten years.’

Matt Hazell from Padero Solar said, ‘Solar is now one of the lowest cost ways of producing low carbon, renewable electricity. Longfield Solar Farm has the potential to make a significant contribution towards helping the UK achieve net zero emissions by 2050.’

Further information about the project is available at www.longfieldsolarfarm.co.uk.

Notes to editors
*1. Load factors based on the five year rolling averages on unchanged configuration basis using Table 6.5 of 'Digest of UK Energy Statistics' - latest figures as per July 2019.
2. Based upon the average domestic electricity consumption per home (temperature corrected) per the Energy Consumption in the UK (published July 2019, Table C9 of ECUK)
3. Based upon the Department for Business, Energy and Industrial Strategy’s “all fossil fuels” emissions statistic of 450 tonnes of carbon dioxide per GWh of electricity supplied in the Digest of UK Energy Statistics (published July 2020).

EDF Renewables UK is a joint venture between two companies, EDF Energy (EDF’s UK business) and EDF Renewables Group (EDF’s global renewables business). EDF Renewables Group has more than 25 years’ worth of experience in delivering renewable energy projects in more than 20 countries around the world. EDF Renewables UK has an operating portfolio of 36 wind farms and one of the UK’s largest battery storage units (together totalling almost 1GW) and we are providing some of the much needed new affordable, low carbon electricity to the UK across all technologies. We have an expanding renewables portfolio with almost 4GW of projects in planning and development across wind, battery and solar and we have 600MW currently under construction. We also have offices in Edinburgh, Durham, London and Dublin.

Padero Solar takes an honest, fast and innovative approach to achieving success within the solar industry. To date, Padero Solar has helped to develop more than 25 Solar Farms in the UK, and this has delivered over 390MW’s of renewable energy.  Padero Solar is part of a group of three successful companies, these include; PS Renewables, who are behind a number of exciting solar projects, including Eveley Solar Farm (Hampshire), and PSH Operations, an important O&M business that’s now managing over 1.3GW’s of Solar Farm assets in the UK.