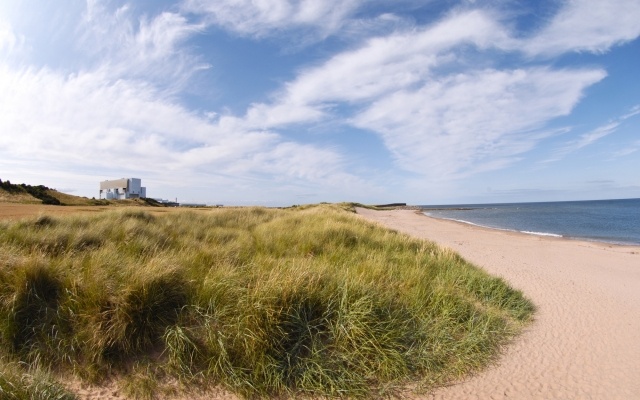 The capacity market is a Government scheme designed to ensure that there is sufficient capacity to ensure the security of electricity supply in Great Britain in future years. The latest auction – designed to secure capacity for four years ahead - cleared today at £15.97/kW.

The following EDF units secured one-year agreements for the period October 2023 to September 2024:

EDF announced the acquisition of ‘Pivot Power’ last November, a start-up that develops large-scale battery storage and electric vehicle charging projects. Development of these projects is one of the ways EDF is lowering carbon emissions, alongside electricity generation from nuclear and renewables.

The following EDF units did not secure agreements:

EDF chose not to enter the any of the units at Hunterston B and Hinkley Point B nuclear power stations into this auction. The current scheduled closure date for both stations is 2023.

Although Heysham 1 and Hartlepool entered into the auction and we are confident they will operate to their scheduled closure date of 2024, they exited above the clearing price and therefore did not secure agreements. The revenues at the clearing price did not provide sufficient reward to take on the risk of penalties arising from non-delivery.

Heysham 1 and Hartlepool could still enter the future T-1 auction for 2023/24 or participate in the secondary market if the conditions were right.

The capacity market is designed to secure electricity supply at least cost to customers. It is an important source of income for EDF’s generation business and supports future investment in our power stations and other assets. In particular, it underpins a large element of EDF’s substantial investment in its low carbon nuclear power stations. This investment has helped improve their performance, expected lifespan and reliability, making a critical contribution to the UK’s security of supply.

The energy mix in the UK is changing. EDF is investing significantly in new nuclear, renewable generation and battery storage, as well as helping customers to use energy more efficiently.

The future of coal

EDF ended generation at its Cottam coal station in September 2019 and is currently decommissioning the site. The company’s remaining coal station, West Burton A, has capacity agreements in place for all units for the delivery year ending in September 2021 and is committed to honouring these. We will review the future of that station beyond that date. Coal stations still play a key role in providing security of supply until they can hand over to new low carbon generation.

EDF is leading the UK's transition to a cleaner, low emission electric future, tackling climate change and helping Britain reach net zero. It is the UK’s largest producer of low-carbon electricity, meeting around one-fifth of the country’s demand and supplying millions of customers with electricity and gas.

EDF also invests in a range of low carbon technologies in the UK including renewables, solar and battery storage. The company’s largest offshore wind farm is currently being built in Scotland and the 450 MW Neart na Gaoithe project will be ready in 2023. It is applying research and development expertise to improve the performance of existing generation and developing the potential of new technologies.

EDF is helping its UK customers, both in business and at home, to join generation electric and take their first steps to sustainably powering their lives. Whether it is buying an electric car, generating and storing electricity or selling energy back to the grid – everyone is welcome. EDF is one of the largest suppliers to British business and a leading supplier of innovative energy solutions that are helping businesses become more energy independent. In addition, the company’s energy services business, Imtech, is one of the largest technical service providers in the UK and Ireland.

EDF Group is the world’s biggest electricity generator. In the UK, the company employs around 13,000 people at locations across England and Scotland.