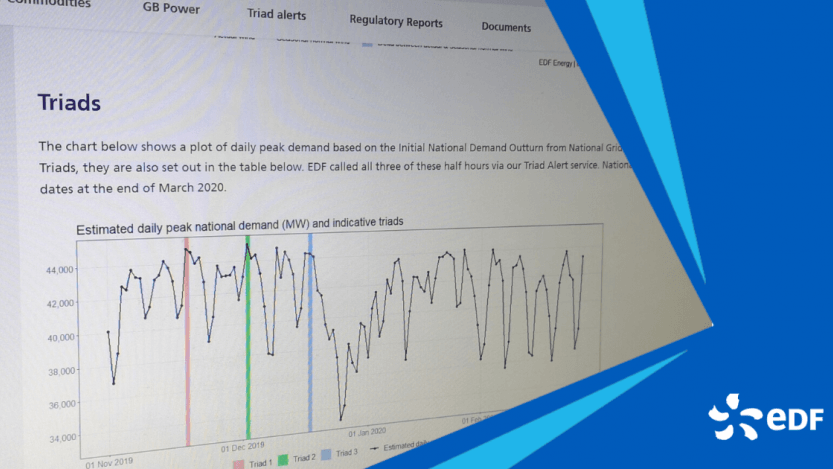 Read on for more info on how this affects your organisation and what action you need to take.

Triads are the top three half-hourly peaks of national energy demand across the grid, separated by ten clear calendar days, over the most energy intensive period of the year: November to February. National Grid confirms these peaks after the season, at the end of March.

How Triads impact your energy bill

To manage the huge demand on the network during the triad periods, the National Grid imposes a Transmissions Network Use of System (TNUoS) charge. This is used to finance the maintenance of the UK’s electricity grid to ensure future supply. Impacting customers with half-hourly meters, the charge is proportional to a business’ energy use over the triad periods (the three half hours of highest demand) and is linked to their location. If a business doesn’t consume electricity in the three Triad periods, they don’t pay HH (half-hourly) TNUoS charges for the entire financial year.

As standard, we include a charge for 85% of your maximum demand figure for TNUoS on our customer bills. After the final triads are announced, we issue the March invoices to show the triad periods and make any reconciliations.

To mitigate against Triad costs, companies and suppliers work hard to predict when they’ll be so they can turn down or off their energy usage during those periods. Due to the increasing use of Triad avoidance schemes as well as flexibility solutions, such as Demand Side Response and the growing use of renewables, they are getting harder to predict.

The Grid confirmed the three peaks at:

Based on National Grid results, Triad season 2019/20 recorded the lowest demand peaks in recent history with all three peaks under the previous 45GW minimum (season 2018/2019). The third Triad also occurred during settlement period 34 which has not happened since 1997. This highlights the new challenges faced in forecasting Triads.

To support our customers, we have a team of energy experts with complex modelling and forecasting tools designed to determine when triads will likely be.

EDF predicted and issued alerts for all 3 triads successfully. Any customers on our Triad Alert Guarantee (TAG) service or those who receive Triad alerts via Market Insight will have benefitted from our forecast.

By forecasting and reacting to expected Triads, you avoid costly peak charges. You also help the Grid during periods of high demand.

Here are some of the factors our team takes into consideration:

Temperature is one of the most important factors that influence electricity consumption during winter.

The season began with a cold start in November with below normal temperatures for 22 out of the 30. However, this cold pattern did not last long. Into December we shifted towards a warmer pattern, with average temperatures above normal. This pattern prevailed for the rest of the season, with temperatures on average remaining 1°C above normal (December to February). 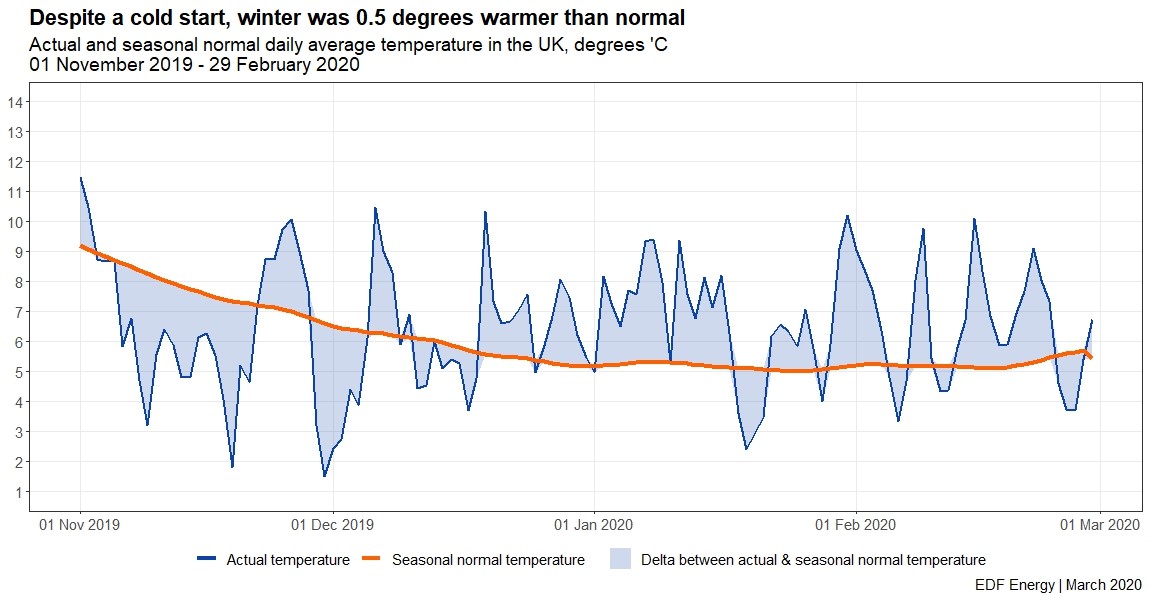 Wind can have a significant impact on the UK transmission demand and therefore timing of triads.

The cold pattern that was seen in November resulted in below normal wind speed for the month. As the jet stream picked up through December and January, wind speed increased and was on average near normal. Storms Ciara and Dennis then arrived in February which resulted in sustained periods with very high wind speeds, reducing transmission demand. 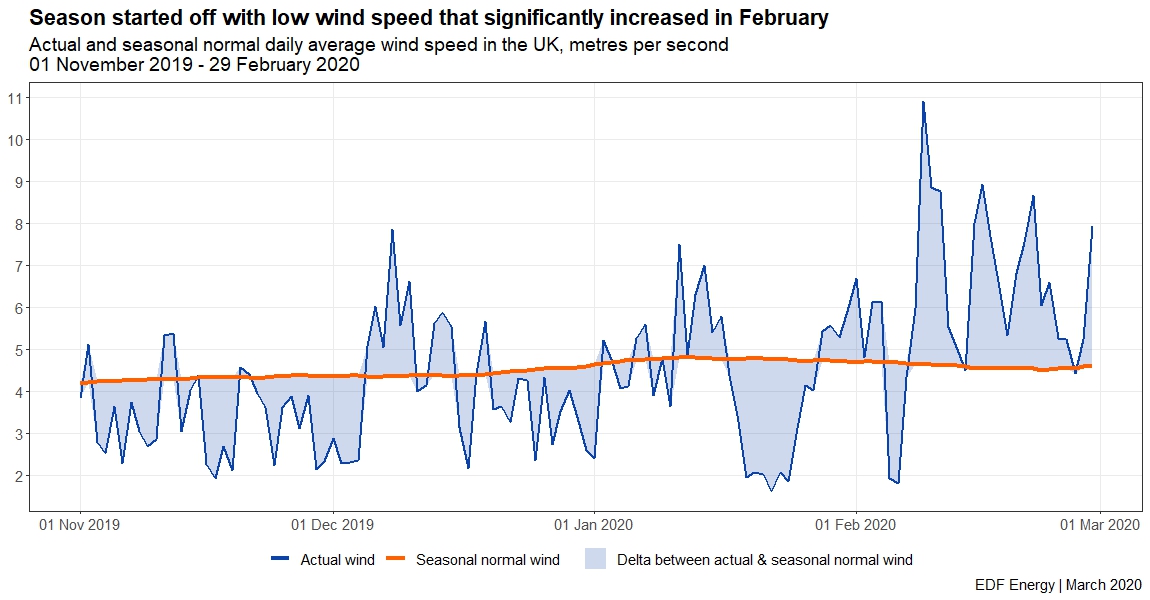 For further detail you can login or register to our Market Insight page.