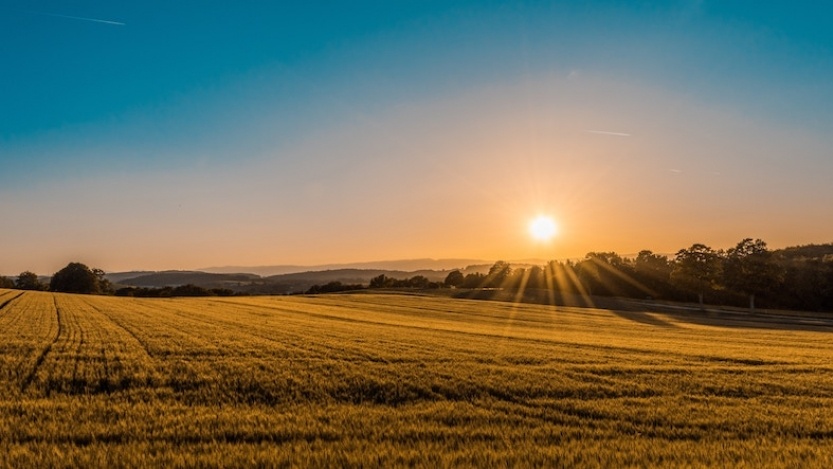 First things first, what do we mean by solar energy?

We mean electricity generated by harnessing the power of the sun.

And how do we harness that power?

Solar photovoltaic panels capture energy from the sun in the form of photons. When these particles make contact with a semi-conductor material such as silicon, they create an electrical field. The more intense the sunlight, the greater the current it generates.

Well, here are a some revolutionary solar energy projects that are anything but ordinary.

Researchers in Australia have developed a solar paint that can use the sun to produce hydrogen fuel and in turn, power your house. Wouldn't it be great if all you had to do was give your house a new lick of paint and all your green energy needs were taken care of? Maybe soon it'll be a reality. In the meantime, if you want to make the most out of the sun get yourself some handy solar powered gadgets.

Print your own solar panels

Oxford Photovoltaics, a company based at Oxford University, has developed a special solar film that can be printed directly onto glass. The company recently received a huge funding boost to develop the glass that could offer a cheap way to add solar energy generating capabilities to any glass structures or windows. However, for now at least we'll still be using standard solar panels on our homes.

Clean water from the sun

3 in 10 people worldwide still rely on untreated water for their daily needs.(1) This fact is what led Manik Jolly, the CEO and founder of GRID (Grassroots and Rural Innovative Development Pvt Ltd) to design a mechanism that uses solar energy to force water through a filtration system that now provides rural Indian communities with affordable, clean, safe water.

Dutch fashion designer Pauline Van Dongen specialises in stylish, wearable tech. Her vision is based on the belief that technology can bring new value and meaning to fashion. Pauline's solar windbreaker is just one of a series of fashionable garments that combine up-cycled and recycled textiles with solar PV tech to give the wearer a stylish, comfortable and functional garment. The solar windbreaker can charge devices such as phones, cameras or GPS navigation in any kind of weather, which means you can lose yourself stylishly without getting too lost.

In 2016, the world's first solar road opened at Torrouvre-au-Perche in Normandy. Capable of withstanding the pressure from the heaviest traffic, the solar road panels can power the street lighting along its length. So far so good, but at a cost of $5.2 million for just 30,000 square foot(2) of panels it could be some time before solar roads are widespread.

Who'd have thought that butterflies could show us a way to improve solar panel technology? Scientists that's who. By studying Pachliopta Aristolochiae (or the rose butterfly), a species common to South-East Asia, scientists have discovered a way to create a new kind of solar cell. The new solar cells mimic the structure of a rose butterfly's wing, whose disordered 'nanoholes' are less than a millionth of a millimetre wide. Because this structure absorbs energy more efficiently it has enabled scientists to develop a solar cell with thickness that's measured in nanometers but an efficiency double that of conventional solar PV panels.(3)

In 2017 China switched on the world's largest floating solar power plant. Located in Huainan in China's eastern Anhui province. The world's former largest floating solar plant is situated in the UK near Walton-on-Thames, Surrey and generates 6.3 megawatts of power. By comparison, the Chinese plant generates a staggering 40 megawatts – enough to power a small town.(4) Floating solar plants are becoming increasingly popular because they don't take up valuable real estate and the temperature of the water makes the panels more efficient (which is pretty cool).

There are many ways you can start using clean, solar energy. If you're looking to install solar panels on your roof read all you will need to know about solar PV. However, if you're not ready to make this step you can still use solar everyday to power your devices – here's six handy solar-powered gadgets. Trying to be more environmentally-friendly with all of your energy options? Then take a look at our low carbon tariff.