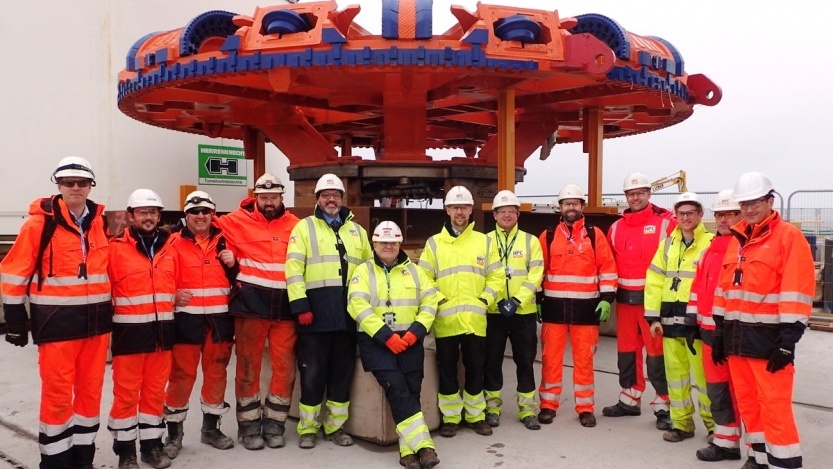 With some of the longest, widest and tallest kit arriving on Site, specialist operator in lift, land, marine and logistics, Osprey is heavily involved with delivering the Project’s critical items to HPC.

The company’s a local expert, headquartered in Somerset. The team has used its local knowledge and industry experience to benefit the Project for the past seven years, working regularly with Tier 1 contractors as either subject matter experts or providing operational support on key parts of the build.

John O’Connor, Commercial Director for Osprey and HPC Lead, said: “Safely completing the first barge delivery for HPC was a significant milestone that’ll pave the way for future marine deliveries. We worked closely with HPC and Balfour Beatty teams, and the result is a credit to the hard work of everyone involved. We’ve succeeded because of collaboration and a good measure of determination.”

Tom Barrett, HPC Project Manager Tunnels, added: “Working alongside Osprey and Balfour Beatty has created a shared knowledge and expertise that can be used for future works at HPC – particularly an effective chain of communication thanks to regular contact with all Tier contractors.”

And the team’s preparing for the future too. It’s recently produced an analysis of the transport routes to Site for all upcoming Abnormal Indivisible Loads (AIL), including critical Nuclear Island components.