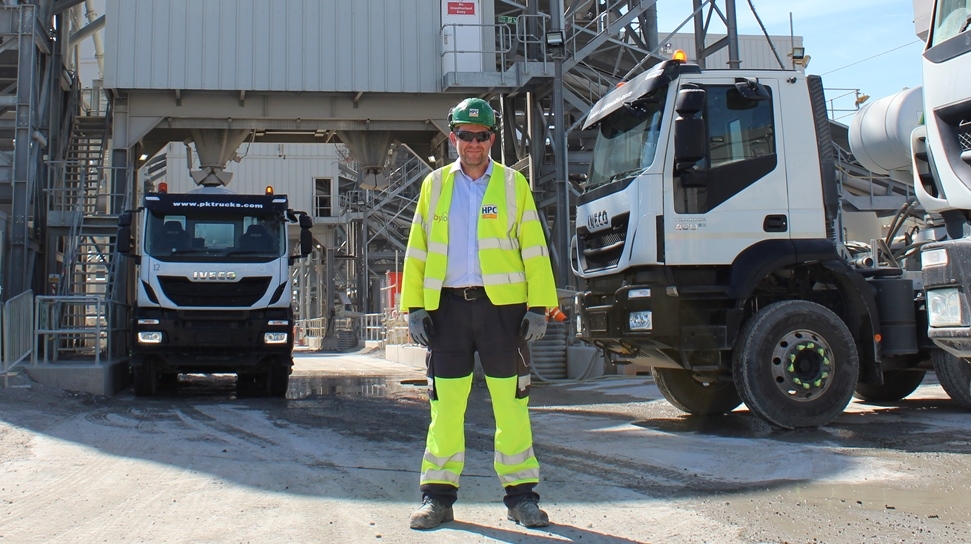 Three years ago he was facing the shock of redundancy from a local plastics packaging company. This summer he was centre stage at Hinkley Point C overseeing production of the 9,000m3 of nuclear-grade concrete that completed the foundations of the Unit 1 reactor building.

Chris, who is 53, said: “The record-breaking pour was a historic moment for the UK, but it was also one of the biggest achievements we’ve made on the project. I’m incredibly proud of the part I’ve played in maintaining quality.”

Yet three years ago, Chris knew nothing about concrete, having worked for a plastics packaging company in Bridgwater for 25 years. “When I took redundancy in 2014, I was aware HPC was happening. I got my licence as a forward tipping dumper driver and joined a local engineering firm G-Works, which was involved in the construction of Cannington Bypass.  Now I supervise production of all the concrete at the three concrete batching plants at Hinkley Point C.

“The mix and water content is highly controlled. There’s nothing like it in the UK in terms of quality or consistency – each batch has to be the same, so the calibration of the Hydronix water tempering  system is constantly monitored to make sure we’re producing high-quality concrete, and we’re hitting the target of less than 0.5% waste,” Chris added.

As the main Tier 1 contractor for the civil works, Bylor has been responsible for planning, enabling and delivering the five concrete pours that make up the Common Raft, or reactor building foundations. “Three years ago we were dealing with much smaller volumes of concrete. Now we’re used to producing 15-20,000m3 in special pours without a rejection. We’ve got it down to a really smooth process,” he explained.

But it’s not just being part of such a unique project Chris loves. “I was born and bred in Bristol and moved here in 1989. I’m no spring chicken, but this has given me a new career as I can take the expertise I’ve gained to Sizewell in the future.

“Before, I was away from home three nights a week, now I get to spend every weekend with my family. My 12-year-old son Will and I have season tickets for Bristol City and I get to see more of him, as well as my 27-year-old daughter Laura. I can enjoy evenings out in the week with my wife Claire too. I’ve also been able to move house and secure a great future for us locally.

“I love my job and I think Hinkley Point C is very important to the local community too. When my wife Claire and I go out we see loads of team members spending money in the town and that’s got to be good for the local economy,” Chris added.

J0 is the moment when work began above ground on the power plant’s permanent buildings. The fifth and final pour of concrete on the Unit 1 foundations involved 9,000m3 concrete and took 72 hours.

National Grid has revealed that 2019 is the first year since the Industrial Revolution that more UK energy has been generated by zero-carbon sources, including nuclear energy, than fossil fuels. 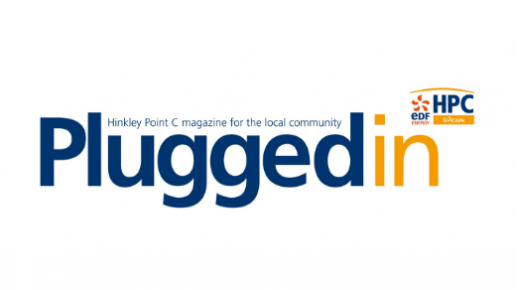