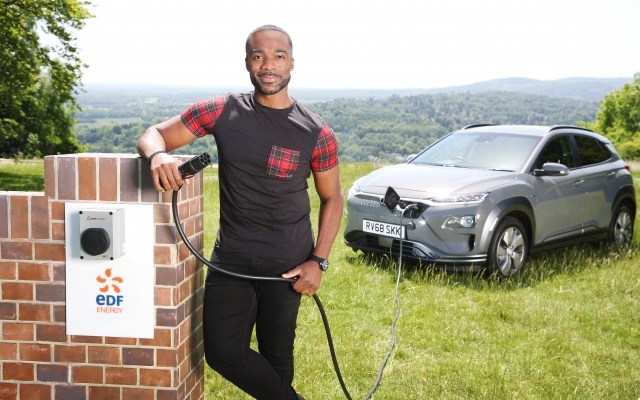 This summer, EDF Energy is giving motorists the opportunity to enjoy a week-long British staycation, complete with an electric vehicle, to three destinations around the UK where the only cost will be the electric charge for the car.  A full battery charge for a Nissan Leaf can cost as little as £3.43[1], cheaper than buying lunch from a motorway service station.

Research conducted by the energy company shows that electric vehicles could have a positive impact on domestic tourism; almost two-thirds of Brits (64 per cent) would like to have visited more British landmarks, but for a third (32 per cent) the cost of petrol is a major barrier to exploring more of the UK.

Meanwhile, concerns over vehicle emissions (31 per cent) are also causing them to drive less frequently, while over a fifth (22 per cent) said they would drive more if they owned an electric vehicle.

With over half (53 per cent) keen to visit more UK landmarks and 57 per cent saying that they would be more likely to do so if fuel costs weren’t so high, EDF Energy is showcasing the low-cost freedom an electric vehicle can provide by offering the chance to win an ‘Electric Summer Adventure’.

The energy company has partnered with television presenter and Strictly Come Dancing 2016 champion Ore Oduba, who has selected three of the UK’s most stunning and secluded locations for people to enjoy on their Electric Summer Adventure.

Ore, who hosted TV show Britain’s Favourite Walks: Top 100 said: “There’s no better way to spend your summer than exploring the amazing British Isles with family or friends, and doing so in an electric vehicle significantly reduces fuel costs and the impact on the environment compared to a traditional vehicle.

“That’s why I’ve selected three fantastic staycation-locations around the UK for people to enjoy with EDF Energy this summer – but you’d better be quick; space is limited and only those with the best knowledge of Britain’s landscape will be in with a chance of securing one of our three Electric Summer Adventures”.

To be in with a chance of securing a place, prospective adventurers must correctly identify one of three mystery UK locations posted on EDF Energy’s Instagram by commenting on the post and using the hashtag #ElectricAdventures and @EDFEnergy

Béatrice Bigois, Managing Director of Customers for EDF Energy, said: “Misconceptions around electric vehicles mean many people still see them as impractical and restrictive. Through offering motorists the chance to book a holiday where ‘the only charge is the electric charge’, our Electric Summer Adventures campaign aims to showcase the low cost freedom an electric vehicle can provide to those looking to explore more of the amazing landmarks across the UK.”

The research also revealed that:

EDF Energy has launched its first ever tariff specifically for charging electric vehicles at home. The new, 100 per cent renewable energy EV tariff offers drivers 98 hours of off-peak charging per week (9pm until 7am on weekdays and all day at weekends)[2], whilst the new EDF Energy GoElectric package allows customers to receive the electric car of their choice, plus a home charger as well as the new competitive home charging tariff.

[2] Availability of off- peak charging offer dependent on meter type.

UK, 18+ only. 10/07/19 – 19/07/19. Comment under the relevant post on EDF Energy’s Instagram guessing the location of one of the three hidden electric cars. Everyone that guesses correctly will be entered into a prize draw to win 1 of 3 x staycations for 4 people between 5th August 2019 to 12th August 2019, including hire of an electric car for the duration of the staycation. Max 1 entry per person. No purchase necessary. Visit https://www.edfenergy.com/ for full T&Cs and prize details. Promoter: EDF Energy.