EDF Group Results 2019 – highlights for EDF in the UK 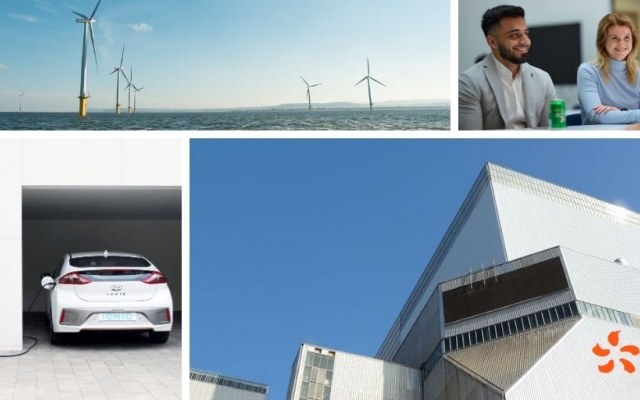 Please follow this link to the EDF Group media release relating to the Group’s Annual Results for 2019 which have been published this morning. These relate to the performance of the worldwide EDF Group and include a summary of EDF’s performance in the UK.

EDF will provide a breakdown of how each part of its business in the UK has performed when it publishes its annual segmental accounts before the end of April this year.

EDF acquired around 250,000 customer accounts after being chosen by OFGEM as the ‘Supplier of Last Resort’ when small suppliers Solarplicity and Toto ceased trading. Overall, residential accounts increased by approximately 98,000 bringing the total to just over 5 million. EDF continues to be the largest supplier to business customers with 17.5% of the market.

We continue to focus on delivering outstanding customer experience. EDF came second out of 40 energy companies when ranked for customer service by Citizen’s Advice (July-September 2019) and our Trustpilot score is 4.3/5.

EDF wants to be a leader in helping people switch to low carbon transport. In a joint venture with Legal and General Capital, we acquired Pod Point one of the country’s largest electric vehicle charge-point companies. We also launched our ‘Go Electric’ bundle which allows customers to lease an EV while benefiting from a lower cost electricity tariff.
Our technical services provider Imtech acquired Breathe, an energy performance contractor which uses novel engineering to help clients like the NHS reduce their energy consumption and carbon emissions.

Nuclear energy has a key role to play in fighting climate change and reaching ‘net zero’ emissions in the UK.

Hinkley Point C is on track and achieved all its key milestones in 2019, including the completion of the concrete and steel base of reactor one. Other major achievements included:

More than 5,000 people are working at the construction site and the project has already hired more than 500 apprentices. HPC has created or safeguarded more than 8,500 jobs and is benefiting more than 2000 UK-based suppliers who are spread right across the country.

Following a detailed review, in September 2019 EDF announced an increase in the estimated completion costs of between £1.9bn to £2.9bn bringing total costs to between £21.5bn and £22.5bn. The increase reflects challenging ground conditions and extra costs needed to implement the completed design. Under the terms of the Contract for Difference, there is no impact for UK consumers or taxpayers.

Hinkley Point C creates the opportunity for a near-replica power station at Sizewell in Suffolk which could benefit from significantly lower construction costs and cheaper financing. The Government launched a consultation on using Regulated Asset Base financing for nuclear projects and said it was a financial model which could reduce costs to consumers.

EDF has carried out 4 rounds of public consultation in Suffolk. In total, we have met with over 10,000 local people through formal consultation. The application for a Development Consent Order (DCO) for Sizewell C is due to be submitted in 2020.

EDF Renewables(1) UK currently has an operational portfolio of 36 wind farms and plans to double its renewables capacity in the next decade.

In 2019, construction of the 450MW Neart na Gaoithe (NnG) offshore wind got underway. NnG will be built 15km off the coast of Scotland and is a joint venture with Irish electricity company ESB who have taken a 50% stake in the project. It will create new jobs and manufacturing opportunities in Scotland. All 54 wind turbines will be assembled in the Port of Dundee. Eyemouth Harbour has been chosen as the preferred location for the NnG operations and maintenance base where 50 people will be employed over the 25-year lifetime of the wind farm.

The nuclear generation fleet produced 51.0TWh during 2019, 8.1TWh less than 2018 (59.1TWh). The reduction in output is largely due to the extended outages at Dungeness B and Hunterston B.

While overall output is lower, Torness and Heysham 2 each generated more than 10TWh in 2019, the first time two UK AGR nuclear power stations have passed that threshold in a single year.

Nuclear safety is our number one priority and we are committed to maintaining industry leading safety performance.

Scheduled outages of both reactors at Dungeness B were started in the autumn of 2018 and were extended to carry out work on cooling water and steam pipework. Both units are currently expected to return to service in 2020.

Hunterston B Reactor 3 was shut down for a scheduled graphite core inspection in March 2018. A graphite core inspection on Hunterston B Reactor 4 was conducted in October 2018. Since then, EDF Energy has implemented the most extensive graphite investigation programme ever undertaken. Reactor 4 was brought back into service in August 2019 and operated safely and reliably for an approved 4-month period.

Both reactors are currently expected to return to service in 2020, subject to the approval of the safety case by the regulator.

This is effectively the company’s net income from selling energy minus its operating expenses, but it excludes the significant costs involved in repaying loans, paying tax and the declining value of the assets it owns (e.g. buildings, power stations and equipment).

It also does not include the amount a company must invest to maintain existing assets or build new power stations.

This reflects the value used of non-physical assets owned by the company such as copyright, IT systems or patents.

(1) EDF Renewables UK is a joint venture between EDF Renouvelables and EDF Energy.

A key player in energy transition, the EDF Group is an integrated electricity company, active in all areas of the business: generation, transmission, distribution, energy supply and trading, energy services. A global leader in low-carbon energies, the Group has developed a diversified generation mix based on nuclear power, hydropower, new renewable energies and thermal energy. The Group is involved in supplying energy and services to approximately 39.8 million customers(1), 29.7million of which are in France. It generated consolidated sales of €69 billion in 2018. EDF is listed on the Paris Stock Exchange.

(1) The customers were counted at the end of 2018 per delivery site; a customer can have two delivery points: one for electricity and another for gas