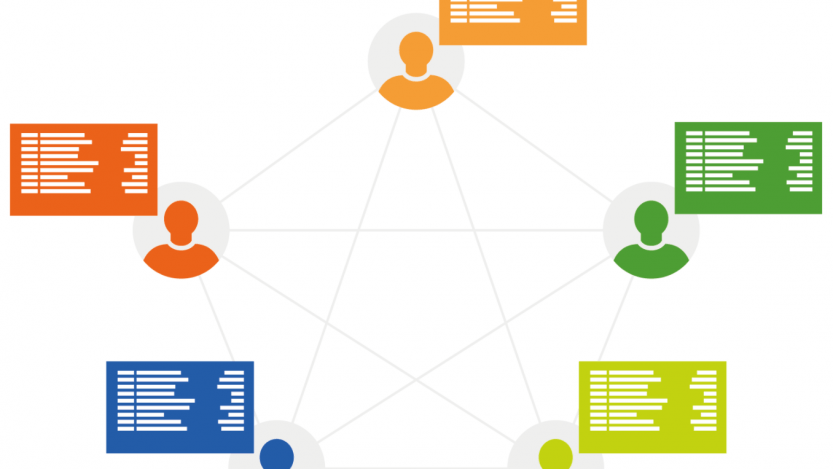 Microgeneration is the production of small volumes of electricity by individual households and small businesses using methods such as solar panels. In recent years, the uptake of microgeneration has been steadily increasing in the UK, but there is currently a significant limitation. Any electricity generated by the householder, or business owner, can only be used at the generation site or sold directly to the grid for a nominal price. In order to use microgeneration to its maximum potential it is projected that new market models will appear.

One such model is the concept of peer-to-peer (P2P) electricity trading which would enable producers and consumers to trade electricity directly, rather than selling to, and buying from, the grid respectively. EDF Energy Research and Development (R&D UK) are working in collaboration with the University of Bristol as part of an EPRSC project to explore the benefits a P2P market model would bring versus the current system.

Consumers who generate excess electricity, also known as prosumers (a combination of consumer and producer), would be able to market their unneeded energy, benefiting from an extra income stream; whilst consumers would see a far greater choice over their energy source, with the ability to pick the exact source of their supply. This would allow individuals to support local green energy projects or even allow prosumers to donate their excess electricity to a charity or school

To create a P2P platform, certain conditions would need to be met:

- Details of the generated electricity (e.g. quantity, generation time, source) need to be verified: It must be trusted that electricity generation and consumption recorded for an individual at any given time is accurate.
- Trading should be fair: No individual should have an unfair advantage over others in regards to their capability to trade.
​- Trades must be traceable and auditable: Ensuring full traceability of electricity from source to consumer, and allowing electricity suppliers to accurately bill their customers.

To enable a trading platform of this nature, the market need a robust technology that can support the many demands. One such technology is blockchain. Blockchain can be thought of as a shared database with unique properties, instead of a single entity managing the database, data is controlled by everyone on the network; no data can be altered inside of a blockchain, instead it can only be added; each piece of data added to the chain must be checked and verified by all participants in the network.

These properties mean that on the face of it, blockchain meets the conditions outlined above and would enable:

- Transparency - All data stored would be visible to anyone;
- Auditability - Data is immutable and visible, transactions could be confirmed/disputed by anyone;
- Trust - Interactions between individuals would be direct, i.e. no third party can interfere or control transactions.

With blockchain used as an underlying technology, trading on a platform like this would work as follows:

1) Microgenerator creates excess electricity, beyond their needs,
2) Electricity is exported to the grid and recorded by a smart meter before being written into a blockchain,
3) The exported electricity would be represented as a token (e.g. 1 token = 1 kWh),
4) Tokens could be listed on an open market for anyone to purchase,
5) Consumers would see a list of sales along with their generation type and location. 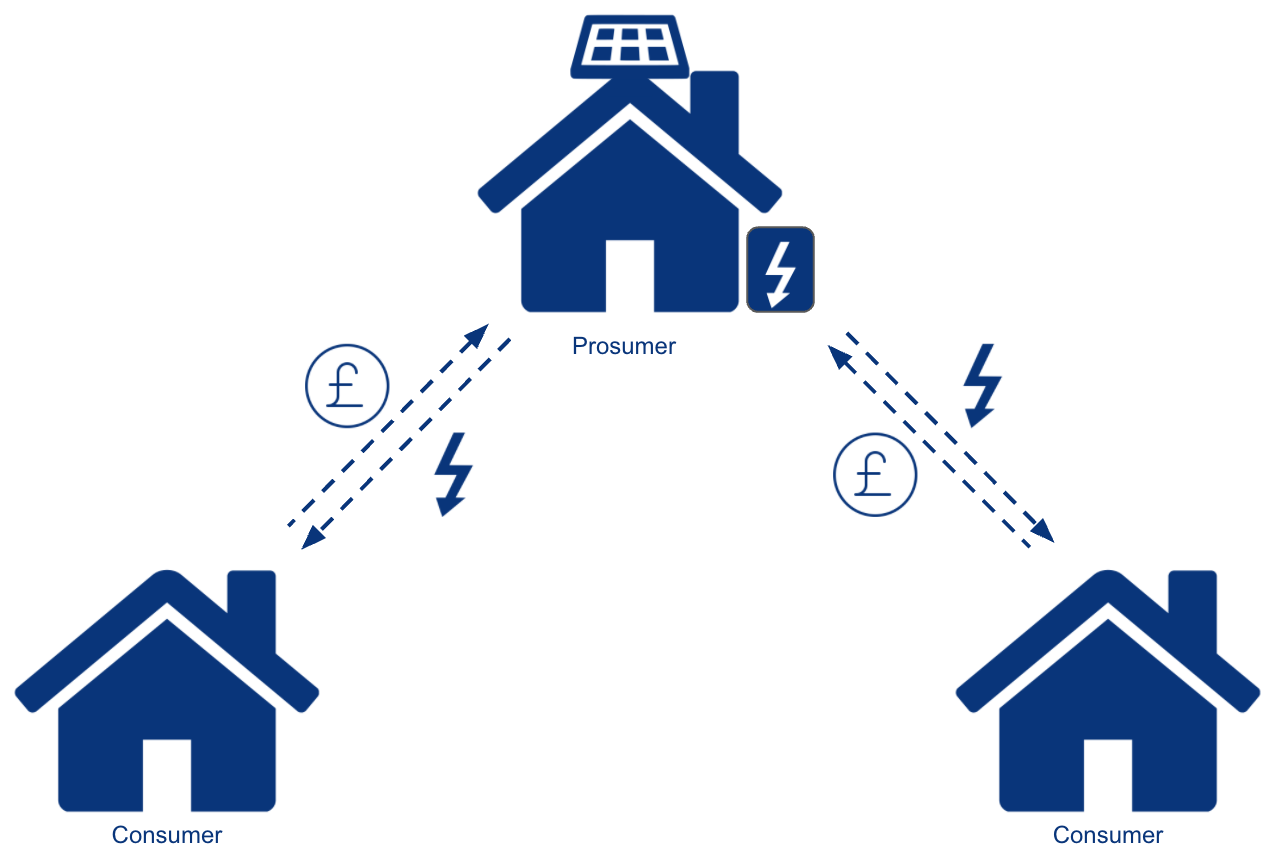 This type of market is currently prohibited by regulation in the UK, but in coming years this could change. We have already seen France’s parliament adopted a draft law, that allows self-consumption for individuals and multiple customers in a small district, meaning we may soon see markets of this kind appearing.

While a blockchain-led peer-to-peer market may not exist for some time in the UK, it is important to understand the potential impact it may have on the current energy market.

In preparation for ‘disruptive’ future technologies such as this, R&D UK have begun to investigate the potential services that could emerge, one of which is trading automation. While this type of P2P trading would be available to all interested parties, the time and knowledge needed (to manually select each trade) would be a high barrier to entry for the average household. As a solution to this, trading automation could be a service offered to individuals that would automate the trading process leaving them with choice of supply, but not overwhelmed by process.

Connect with him on LinkedIn

Jordan Murkin is a PhD student at the University of Bristol working inside EDF Energy. He has a background in computer science with expertise in both backend and frontend applications for mobile and web. More recently he has worked with blockchain and building decentralised applications on top of it. His current focus is on goal-based optimisation of electricity trading across a peer-to-peer electricity market.

The Graphite workbench on the road to industrialise crack propagation studies for (Advanced Gas-cooled Reactor) AGR reactors
There has been a long-held understanding that the graphite in the reactor cores of EDF’s seven Advanced Gas-Cooled Reactors would change over time.