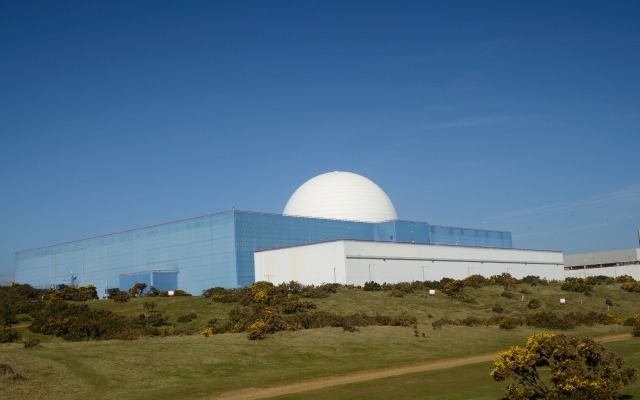 Sizewell B power station turns 25 today.  The station first started generating low carbon electricity on 14 February 1995 and will continue for at least another 15 years.

With the climate change crisis at the top of the agenda, Sizewell B’s workers can be proud of the contribution they are making to a future without polluting fossil fuels.  Nuclear power is virtually carbon-free and it is estimated that Suffolk’s power station has saved 76million tonnes of carbon dioxide which is the equivalent of keeping all cars in the UK off the road for over a year.

The station delivers power whatever the weather and is a key employer in the eastern region bringing some £40million pounds each year into the local economy through wages alone.  Over 500 people are directly employed at the site on the Suffolk coast with a further 250 carrying out contract roles.

Moreover, during a refuelling outage that number multiplies.  With 1,200 extra workers brought into Sizewell B with dozens of local suppliers, such as H W Webb engineering in Bungay, taking a share of contracts.

Niki Rousseau, Sizewell B Community Liaison and deputy chair of the Company’s Women’s Network, is the longest serving employee at the station.  Niki joined what was then the CEGB (Central Electricity Generating Board) when she was 18 just as construction work started on site.  Niki went to Leiston High School and then Lowestoft College before joining the nuclear industry.  Niki said: “The opportunities have been abundant and it has been amazing to be part of a company that grows and nurtures talent.  Through our mentoring programme I have been able to go ‘back to school’ to encourage youngsters to think about a career in science, particularly girls, and to share my experiences and how my learning journey started exactly where they are now.”

Jon Yates, Sizewell B acting station director told his team: “It is the people that make Sizewell B such an amazing place to work and you have all contributed to the stations success over the years so we should all celebrate this achievement. Without you, as I have said before, the station is just buildings and plant.”

EDF is leading the UK’s new nuclear build programme with the construction of Hinkley Point C in Somerset and has plans to build a near identical station at Sizewell C. It would save 9m tonnes of Co2 a year and deliver power to 6m homes.    Sizewell C has held four formal stages of public consultation between 2012 – 2019 with local communities in East Suffolk engaging with over 10,000 local people and expects to submit its planning application this year.

Why we need Sizewell C

The Committee on Climate Change Report shows how far and fast the UK needs to go to meet the threat of climate change. Its “Net-zero” ambition means completely decarbonising energy and electrifying more of our lives – it means we need to stop burning fossil fuels like coal and gas in the way we do now.

All the replacements need to be low carbon and much of that will be renewables. A large amount of renewables with reliable low carbon nuclear is a good mix to give the UK a secure and affordable electricity supply. Nuclear is a proven technology and it helps the electricity system deal better with periods with too much or too little wind or sun.

Countries like Sweden which have used this combination have decarbonised more effectively than countries which have complimented intermittent renewables with fossil fuels.

Hinkley Point C in Somerset shows the huge impact of nuclear projects on delivering training, skills and jobs in its region and every part of the UK. We can repeat that at Sizewell C. Climate change is an urgent problem and it is fortunate that the solution will be good news for people, the economy and our long term future on the planet.