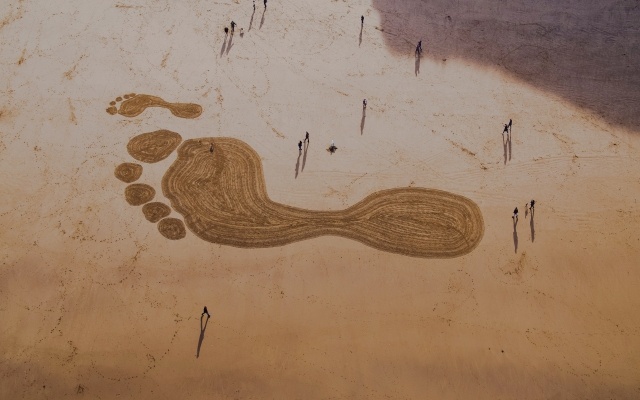 Visitors to the picturesque Whitby Bay Beach in North Yorkshire were shocked last week when they came across two giant footprints in the sand at the popular beauty spot.

The footprints – measuring 50 metres and 3.5 metres long respectively - had been etched by a sand artist to highlight the environmental impact of electric vehicles compared to petrol and diesel.

The artwork, commissioned by EDF Energy, showcases how the collective ‘carbon footprint’ of petrol and diesel cars on UK roads is FOURTEEN times what it would be if all those vehicles were to switch to electric by 2030. (1)

The artwork is based on analysis conducted by EDF Energy, which found that the 32.4 million petrol and diesel cars on UK roads will emit around 69.5 million tonnes of carbon dioxide per year, when driven an average of 7,600 miles. That’s more than the volume of CO2 emitted from ALL passenger flights (domestic and international) that departed from the UK, France and Spain in 2018. (2)

By comparison, the same amount of electric cars would add less than 5 million tonnes of CO2 to the environment by 2030 (1) - a fall of 92 per cent, reducing Britain’s overall carbon footprint by more than 10 per cent. (1)

Consumer research (3) commissioned by EDF Energy to coincide with the giant artwork also revealed that two thirds (66 per cent) of Brits are unaware of how much their vehicle contributes to their carbon footprint.

The study revealed the average British motorist makes at least four trips of under 10 minutes in their car each week, with 45 per cent confessing they had a tendency to drive distances they could easily walk.

A further 64 per cent of Brits are unaware what their carbon footprint is – with more people knowing:

However, there is a desire to know more about their environmental impact – with more than half (53 per cent) of those surveyed wanting to know what their carbon footprint is and two-thirds (67 per cent) admitting they wished there was more information on how to reduce it.

EDF Energy also found that nearly half (44 per cent) of Brits would consider installing solar panels to cut their emissions, while over a quarter (28 per cent) would quit flying to help the environment.

Finally 85 per cent agreed that everyone can make a difference to climate change by reducing their carbon footprint.

“We’ve created this eye-catching installation on Whitby Bay to help motorists understand the impact their vehicle has on their carbon footprint.

“Our research clearly shows there is a willingness to reduce our collective carbon footprint, but a lack of understanding as to how to do so. We hope that by highlighting the dramatic environmental benefits that could be achieved if we were all to switch to an electric vehicle over the next ten years, we’ll inspire more motorists to consider making the switch.”

To make the transition to electric vehicles hassle-free, EDF Energy offers its GoElectric tariff specifically for charging electric vehicles at home. This 100% renewable electricity tariff offers EV drivers the most hours of off-peak charging, giving 98 hours of reduced rate charging per week (9pm until 7am on weekdays and all day at weekends) (4), with customers also able to lease an electric car and buy a home charger. EDF Energy is the largest producer of low carbon power in the UK and, as part of the EDF Group, is the largest generator of renewable electricity in Europe. (5)

(1) Calculations based on emissions from vehicles being driven, and do not take into account the CO2 impact from the manufacture of the vehicles.

Formula for calculations based on:

2030 is when the Committee on Climate Change has recommended a grid intensity of 50g/kWh be reached by in order to reach net zero by 2050.

(2) Formula for calculations based on:

(4) Correct as of 13th November, availability of off- peak charging offer dependent on meter type.

EDF Energy is leading the UK's nuclear renaissance with the construction of a new nuclear power station at Hinkley Point C. This will provide low carbon electricity to meet 7 per cent of UK demand. The project is already making a positive impact on the local and national economy, British industry, as well as boosting skills and education. EDF Energy also invests in a range of low carbon technologies including renewables and battery storage. It is applying research and development expertise to improve the performance of existing generation and developing the potential of new technologies.

The company provides gas and electricity for more than 5 million customer accounts. It offers innovative energy systems for commercial customers and digital innovation for customers at home. EDF Energy has also launched its own innovation accelerator, Blue Lab, which focuses on making customers’ lives easier.

Find out more about the UK's energy challenges. 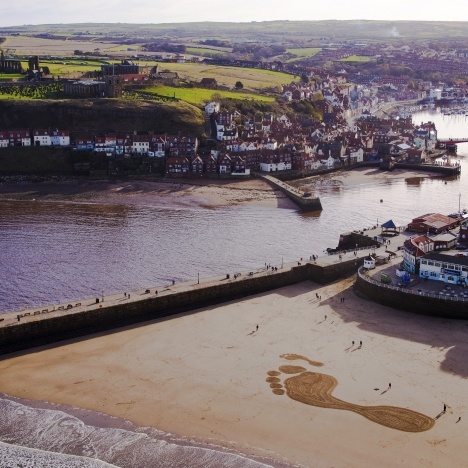 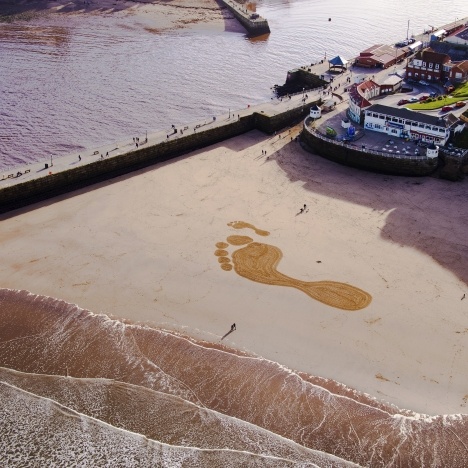