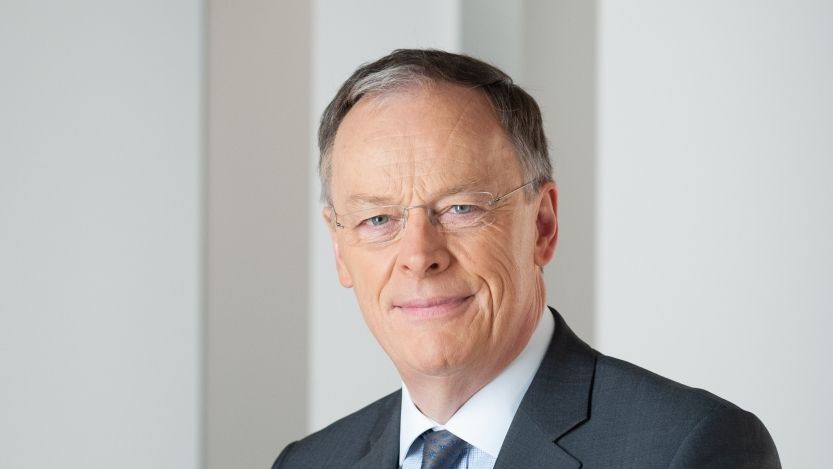 China’s participation in the UK’s new nuclear programme was strongly endorsed by the Chancellor and the Energy Secretary on Monday during their visit to Beijing. They showed their strong commitment to Hinkley Point C and provided a powerful answer to those who doubt that the country can get its act together on infrastructure.

Although they were clear that Chinese investment in nuclear is good for Britain, I accept that not everyone is persuaded that it is a good thing. Let me explain why EDF’s 30-year experience in China has convinced me that this co-operation is an industrial opportunity with benefits reaching far beyond a single nuclear power station in Somerset.

In 1986, as a junior executive, I made my first visit to China as part of the EDF team that launched a partnership with Chinese companies to build the country’s first nuclear power plants. Since then the Chinese industry has developed to the point that the country is planning to build almost one new nuclear power station a month as part of its effort to combat climate change.

The economic benefits of China’s investment in our new nuclear plants will be shared among businesses and workers across the country. Hinkley Point C will mark the biggest inward investment in British history and create up to 25,000 jobs during construction. Some of these jobs will be in Somerset but many more will be created across the rest of the country, with British companies on target to win contracts worth more than 60pc of the value of Hinkley Point C’s construction.

New nuclear projects won’t just boost British industry and skills here, they will also help the UK and France compete and win in a global nuclear market. British businesses like Rolls-Royce and AMEC Foster Wheeler and their French counterparts are already doing business with the Chinese nuclear industry.

Others are joining and forging new alliances. The supply chain conferences we have held in Beijing and Shanghai have accelerated the process.

The benefits of Chinese investment are not just economic. Britain will also profit from Chinese experience, earned through developing similar projects in China. At Taishan, a few hours west of Hong Kong, CGN, the Chinese nuclear company, and EDF are building two EPR reactors close in design to those planned for Hinkley Point and Sizewell. Chinese expertise is being gained by building and operating new nuclear power stations on a larger scale than anywhere else in the world.

We recognise the unique responsibilities of a nuclear operator and our approach is underpinned by our commitment to three core values: compliance with nuclear safety regulations, openness and transparency, and our contribution to society through job creation and skills development. We will not compromise on these values and China’s success here depends on the same principles.

The partnership with EDF will allow the Chinese companies progressively to gain this experience themselves and to embrace the same commitments, first by participating in Hinkley Point then at Sizewell in Suffolk and finally at Bradwell in Essex. EDF will lead the first two projects and will be partners in the Chinese-led third. That is a win-win-win situation for the UK, China and France.

Safety is of the utmost importance to both EDF and our Chinese partners. Britain’s Office for Nuclear Regulation is one of the most robust independent nuclear regulators in the world. No one can operate in the UK without its approval. All nuclear activities are tested and monitored to meet stringent safety and quality requirements. This extends from design and construction to operation. We know first-hand the rigour with which the regulator scrutinises reactor designs because we spent four years taking our EPR design through the Generic Design Assessment. Chinese companies will only be allowed to proceed with their technology if it passes the same scrutiny.

The future partnership is a real joining of forces - British, French and Chinese. Building Hinkley Point C will show the real and lasting benefits from such a partnership: low carbon energy, at an affordable price, which makes a significant contribution to our economy. EDF and its Chinese partners will shoulder all the construction risks. Consumers will not pay a penny until the plant generates electricity.

That electricity will be vital for the UK’s future prosperity. More than 35pc of our remaining generation capacity will close down by the end of 2030. The majority of the replacement generation capacity needs to be low carbon and it needs to be reliable to meet demand. Without new nuclear we would be left trying to fill the gap with intermittent wind or solar generation. Even if it were possible to manage, it would cost consumers at least 10pc more. If we choose gas instead, consumers face uncertain commodity prices, we increase our reliance on imported fuel and we would pump millions more tonnes of carbon into the air.

The upside for consumers, companies and communities of close collaboration between international partners is clear. Coming a few months before the COP 21 climate change conference in Paris, it would be good news for the planet, too.

Coronavirus update from Hinkley Point C - 29 September
Following the recent Government warnings about the growing risk of Coronavirus, Nigel Cann, Hinkley Point C Construction Delivery Director, provides and update on our approach to keeping the community and our workers safe.