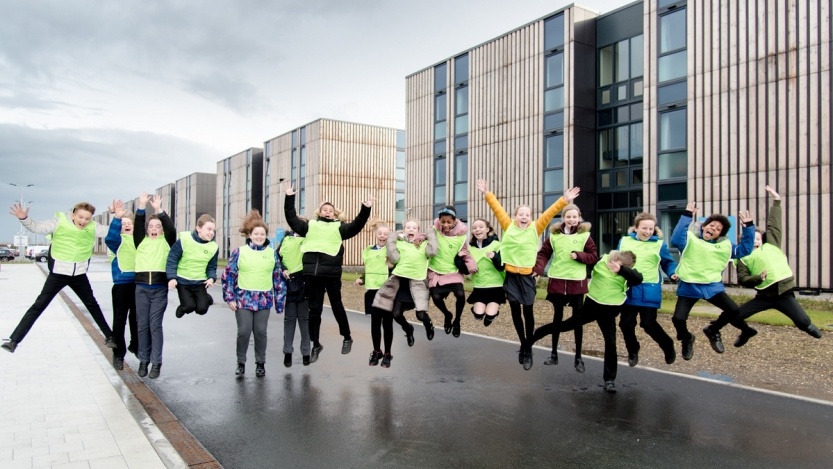 The unique competition, launched by EDF Energy, gave 215 primary schools from across Somerset the opportunity to name the three 1,200-tonne tunnel boring machines that will begin the construction of the new power stations’ water inlet and outfall tunnels.

After arriving safely at the construction site by sea and road, the trio of tunnelling machines will soon be removing 370,000 cubic metres of earth to enable 3.3 kilometres of tunnels to be built underneath the Bristol Channel’s seabed. The tunnels will carry seawater to cool the two reactors, the first of which will be operational in 2025.

Tradition decrees that these extraordinary machines can only start work once they have been officially named – and it must be a female name as the patron saint of miners is Saint Barbara. After serious deliberation by the judging panel, the honour of choosing those names went to St Peter’s First School in Williton, Stogursey Church of England Primary School and Cannington Church of England Primary School.

The winning names were;

During the selection process, a fourth name, Sarah Guppy, was chosen for the drilling kit which will be used to mine the fish return system tunnel network. Sarah was a design engineer ahead of her time, rumoured to have played a lead role in the design of the Clifton Suspension Bridge.

At the time of launch, the machines will have their names and the respective winning school displayed proudly on their sides. In a lasting tribute, as the enormous sections will be unable to be retrieved on the tunnels’ completion, they will remain forever buried under the seabed as a time capsule dedicated to the winning school.