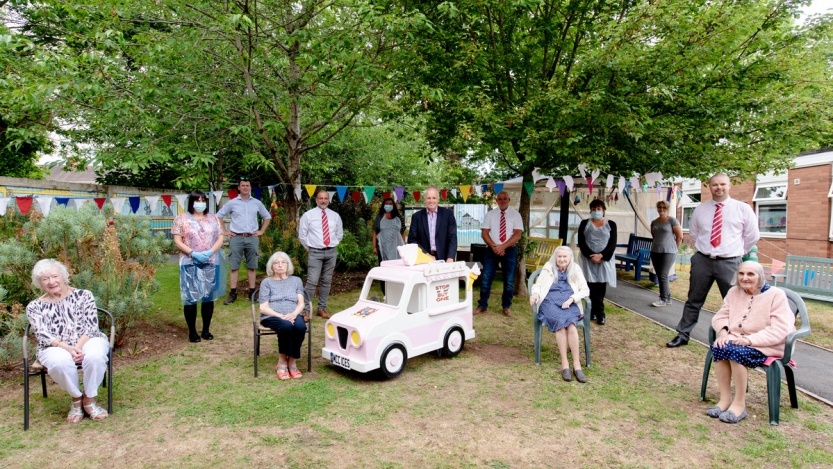 During this time of worry and uncertainty for so many, Hinkley Point C’s Balfour Beatty Marine Works team have done all they can to shine light into as many community centres as possible.

As part of a longer-term partnership with Somerset Care, the team attended Stockmoor Lodge care home in Bridgwater to deliver a specially designed and much anticipated new ice cream cart. The inspiration for the novel idea came as the residents of the home were left without their regular arrival of ice creams from the local ice cream van that had previously provided a moment of joy for all.

With the new ‘Stockmoor Lodge Creamery’, the carers at the facility will now have a dedicated way to put a smile on the residents’ faces throughout the year. Custom designed and built by the Balfour Beatty team, the cart is fitted with a speaker so that the nostalgic sound of a traditional ice cream van is played as the cart makes its way around the home.

Lorraine Luck, Head of Procurement at Balfour Beatty, said: “It has been a pleasure to be involved in this wonderful ice cream cart activity which has provided a fantastic opportunity to leave a lasting positive impact on the community in Bridgwater during a particularly uncertain period of time.

“The team were delighted to visit residents of Stockmoor Lodge care home to deliver ice creams with our cart, specially designed by the team, whilst adhering to social distance guidelines.”

Inspired by the work Balfour Beatty carried out with Stockmoor Lodge, a similar miniature ice cream truck was also designed and built by Bridgwater’s Marketeers Carnival Club to support the nearby Oaktrees care home.

Alan Windsor, Club Captain for Marketeers CC and who also works on the Hinkley Point C supply chain project for the Somerset Chamber of Commerce said: “As with many people in Bridgwater, some members of our club have had friends and family who have been looked after in our local care homes, and Somerset Care recently looked after Mike Williams, a life member of the club, as he battled a long illness, and we wanted to do our bit during these difficult times.

“By dedicating this gift to Mike's memory, it is hoped his name lives on for many years and the truck brings joy to both the faces of fellow Somerset Care residents and the staff who took great care of him.

“To ensure the graphics were in keeping with the vehicle, we modified the club badge to show Guy Fawkes eating an ice cream. Whilst the graphics used on the vehicle were designed in house, the club would like to thank ARC Document Solutions for printing the graphics which were applied to the vehicle and club members Rob Williams and Kenny Rogers for their hard work creating the miniature masterpiece.” 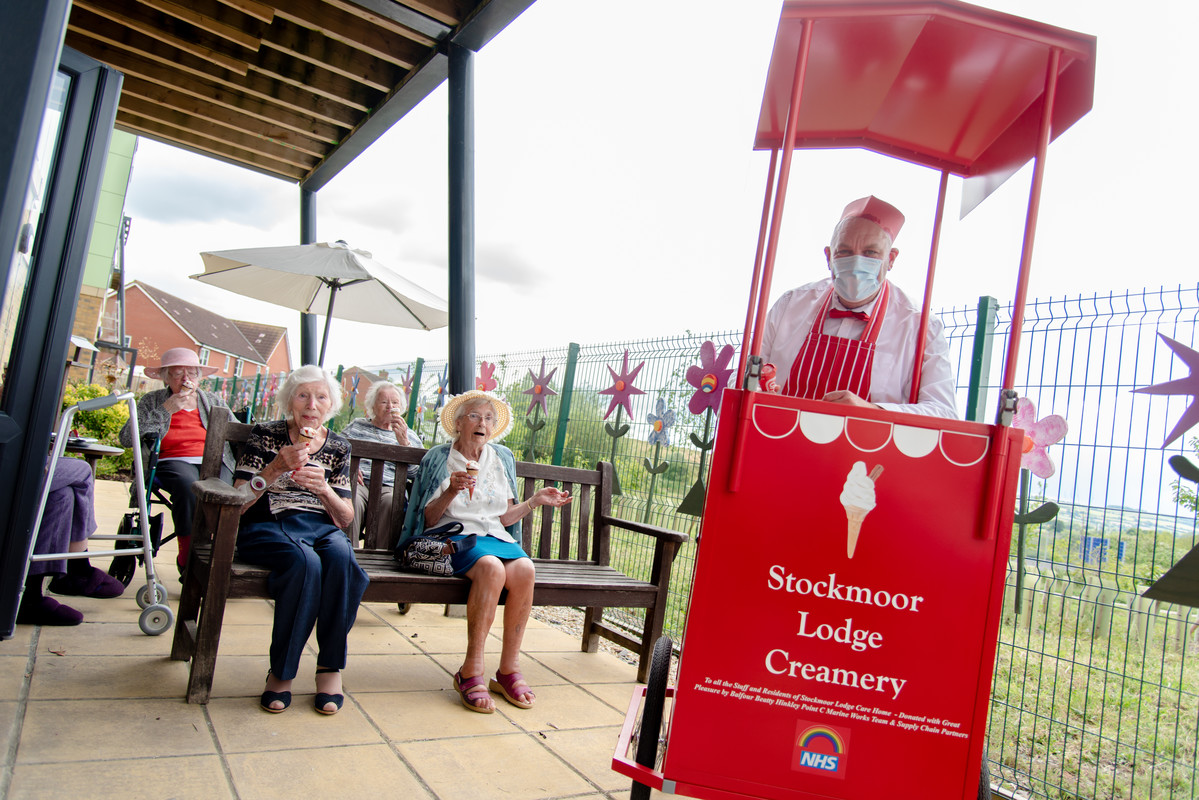 Along with this treat, the team are also delivering more than 60 large wooden painted flowers made by operatives of Kilnbridge, a subcontractor for Balfour Beatty at Hinkley Point C. These flowers will be used to cover the fencing of the care home providing a bright and cheerful display as well as giving required privacy to the garden.

This latest initiative is part of the wider support being provided to Somerset Care by Hinkley Point C throughout the ongoing pandemic. Volunteers from across the project have been supporting the two care homes in Bridgwater, taking time to help with mowing, weeding, planting and painting in the gardens. The work has dramatically improved the view for the residents but has also demonstrated that the community has not forgotten those who have not been able to see their families during the last few months.

Penny Hammond, one of the care home managers, said “I cannot tell you how much the staff, and particularly, our residents appreciate what the volunteers have done. Their hard work has made such a dramatic difference to the gardens that it makes DIY SOS look like a pale imitation of the real thing!”