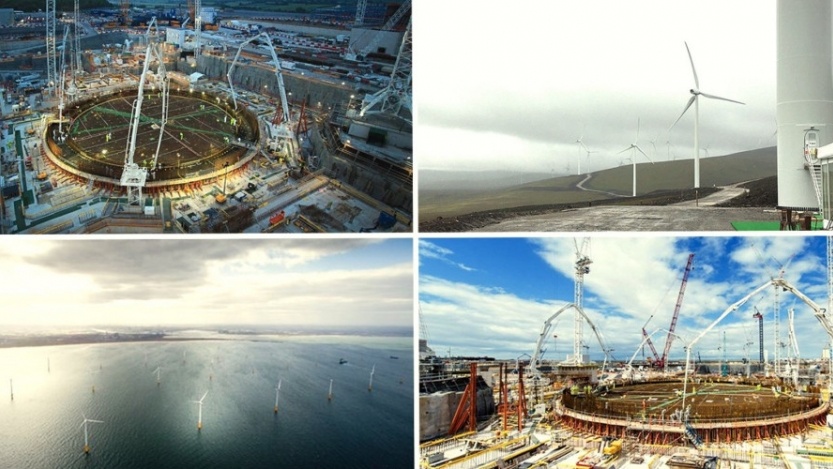 Why nuclear is needed to get to ‘net zero’ emissions

The news that prices for future wind energy projects are coming down is very good news for consumers. That’s because Britain is going to need a lot more renewable energy if it is to cut emissions to “net zero” and end our current reliance on polluting fossil fuels like coal and gas.

EDF is investing heavily to build this new capacity – especially in Scotland where the strongest winds mean turbines can generate the most power.  We already operate more than 30 wind farms and have plans to double our renewables capacity in the UK.

But wind and solar can’t get us to net zero alone.  A significant amount of reliable low-carbon power is needed alongside renewables if we are to build a manageable, secure and affordable energy system. This is known as “firm” power and there is already evidence that this mix works.

Countries like Sweden or France that combine renewables with low-carbon nuclear have already been successful in cutting their emissions from electricity generation. Conversely, countries that are turning away from nuclear power - such as Germany - are instead using coal and gas to provide this firm power. As a result, they are failing to cut carbon emissions as far as they need to, despite spending huge amounts on renewable power.

Nuclear’s impact on cutting carbon emissions also explains why keeping existing power stations in operation has a big and positive impact on climate change. Being serious about climate change means thinking seriously about nuclear, even for those who have been suspicious of the technology. That’s why a growing number of environmentalists recognise the decades-long contribution nuclear has made to lowering carbon emissions and its important role in the future.

The success of the offshore wind industry in bringing future prices down tells us something else.

When the strike price for Hinkley Point C was agreed, some renewables projects (which are beginning to operate now) were awarded contracts of £140MWh. Experience and scale has brought those prices down.

Studies show that the repetition effect is the same for nuclear. Countries building series of reactors find they progressively become lower risk, and therefore cheaper to build and finance. That is already the experience at Hinkley Point C where we are building a UK version of the EPR reactor. Building the second of two identical units at Hinkley Point C is already proving faster and easier than building the first.

At Sizewell in Suffolk, we plan to build the third and fourth identical units, changing as little as possible in the design, which will make costs more predictable and the build more efficient. EDF is not complacent about the challenge on nuclear cost.

Paul Spence is the Director of Strategy and Corporate Affairs. He was appointed to the EDF Energy Executive Team in January 2009.

He leads activity on Energy Policy, Strategy, Branding, Communications, Sustainability, and Legal Affairs.  He chairs EDF Energy’s R&D centre in the UK and sits on the licensee board of the New Nuclear build company.