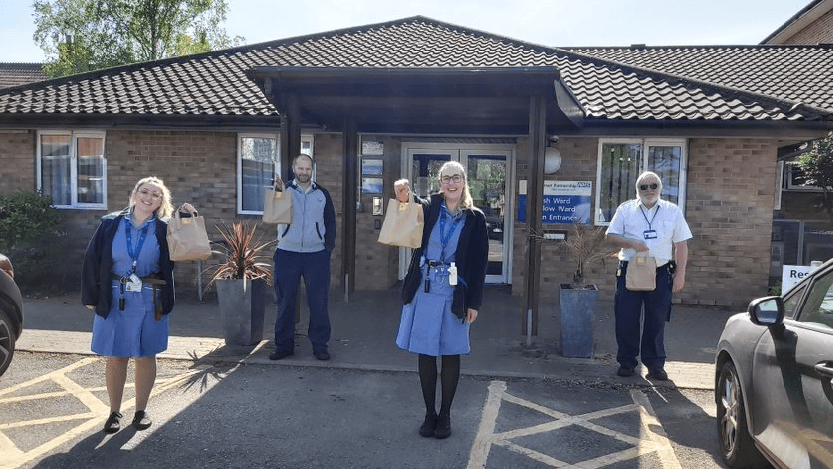 Hard-pressed heroes in the health service battling Coronavirus have been given a boost by the team at Somerset Larder.

Chefs at the Bridgwater catering consortium have been preparing and distributing 600 meals a day to frontline NHS workers across Somerset and the South West of England. The special deliveries have been going to smaller NHS facilities like mental health units, community hospitals and care homes. It expects to deliver around 37,000 meals to under-pressure teams over 12 weeks.

Somerset Larder was formed in 2014 as a consortium of local companies to service Hinkley Point C. It runs a full-service catering operation using exclusively West Country-sourced produce, working with around 20 local suppliers, while around 95% of its workforce is locally employed. Its purpose-built kitchen operates around the clock and produces up to 15,000 meals a day, many of them for the canteens and coffee shops at the power station construction site.

Vicky O’Connor, Somerset Larder’s Catering Operations Manager, said: “We know NHS staff are going above and beyond during this crisis, often risking their own lives so we wanted to play our small role in supporting them.

“Health workers are so stretched that food might not be the first thing on their minds. We’re trying to make sure they don’t have to worry where their next meal is coming from, and see they have something great to eat.”

Early feedback from the initiative has been really positive. Linda Rowe, who works as a Healthcare Assistant at Rydon Ward Somerset Partnership NHS Foundation Trust in Taunton, said: “A big thank you for the lovely breakfast and sandwiches which the staff received from Somerset Larder. It was much appreciated.” 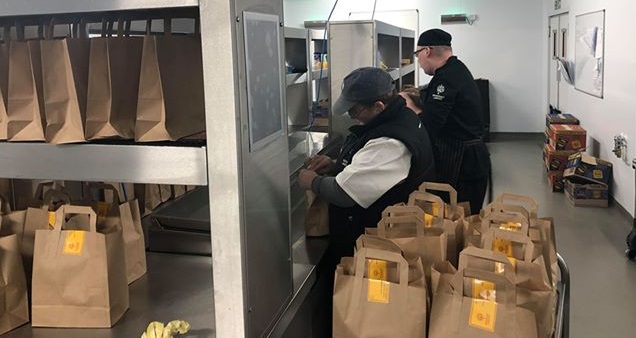 The deliveries to NHS workers are in addition to the 250 meals a week that Somerset Larder provides to FareShare, a charity which helps vulnerable people through tough times. FareShare South West is at the centre of an emergency distribution operation to make sure families struggling to make ends meet, the elderly and the homeless don’t go hungry.

A charity spokesperson for FareShare South West said: “We’re absolutely determined not only to stay open during the Covid-19 emergency, but to level up our organisation as far as we possibly can to stop the very worst happening.

“This includes getting food to families and children going hungry who are already living on the breadline, isolated elderly people who rely on meals being delivered to their homes, and homeless people who are facing places offering food support being closed for business.”

Vicky added: “We’ve always supported this amazing charity, and it needs us more than ever during these unprecedented times.”

Update on Hinkley Point C mud dredging
Hinkley Point C has decided to carry out a full environmental impact assessment (EIA) as part of its licence application to dispose of mud dredged in the Bristol Channel.
More news