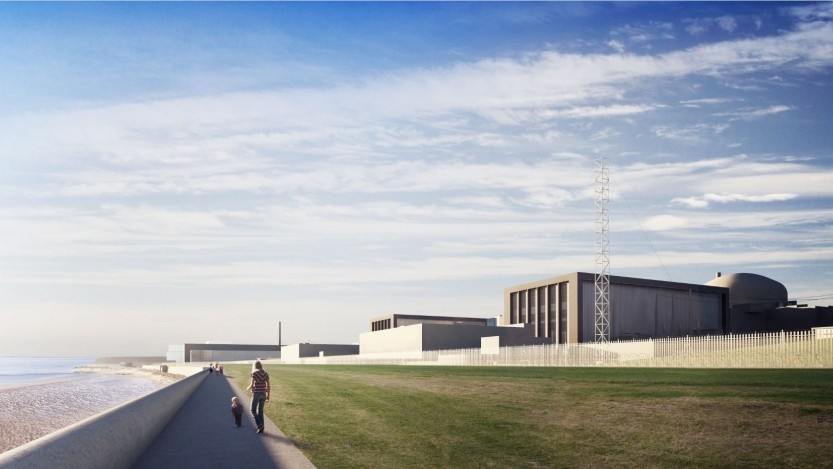 Ten years ago the prospect of a new nuclear power station at Hinkley Point – or anywhere else in the UK - seemed like a very distant prospect.

But we remained committed to the idea, because nuclear power offered a long-term, low carbon and reliable way to keep the country’s lights on till the end of the century.

Making the case for nuclear power

A little more than a decade ago, nuclear power was off the political agenda.

However, the scale of the energy challenge facing Britain led the Government to think again.  We needed replacements for ageing, polluting coal power stations, and for our existing nuclear reactors.

Putting new nuclear back into the energy mix meant the country could take action on climate change, and avoid becoming over-reliant on imported gas.

So the Government listened to an increasing number of voices backing new nuclear power stations and, following consultations in 2006 and 2007, changed policy in 2008. Public opinion backed that decision.

That context hasn’t changed and the decision has proved far sighted. Since 2010, 26 power stations have closed and more are scheduled to go offline by 2030, leaving the country with a yawning gap in its ability to generate electricity.

At EDF Energy, we’ve worked tirelessly with the Government, our industrial partners and our Somerset neighbours to make sure Hinkley Point C gets delivered when it is needed.

This has been a long and detailed process. Every element of the plan has been checked and double checked – rightly so.  That includes:

-   Approval by the independent nuclear regulators for our EPR nuclear reactor design, given in 2012 after a four year process known as the Generic Design Assessment (GDA)
-   Nuclear Site Licence, granted by the regulator in 2012 and needed for the construction, commissioning and operation of the power station – the first given in the UK for 25 years
-   Permits granted by the Environment Agency in early 2013, after nearly two years of consultation and deliberation
-   Our planning permission, the Development Consent Order, granted by the Secretary of State in early 2013
-   Agreement with the Government on the key commercial terms of our ‘contract for difference’, signed later on in 2013
-   European Commission ‘state aid’ approval for our deal with the Government, given in late 2014

Finally, of course, we signed our Strategic Investment Agreement with our long term partners CGN back in October 2015.

You can view the full timeline here.

We couldn’t do it alone

The story of Hinkley Point C is all about partnerships.  Our CGN partnership, which builds on 30 years of EDF working with the Chinese nuclear industry.

Our ground-breaking partnerships with the trades unions, and our industrial partners, who will provide the people-power and skills to deliver the new nuclear power station.

Partnerships with our local communities near Hinkley Point and across Somerset.  And our partnerships with local and national suppliers across the country, both large and small.

The story of how we got here is history now – but the industrial and human adventure of the construction is just beginning.

Construction at Hinkley Point begins with the moving millions of cubic metres of earth and mobilising thousands of workers.

The power station will deliver 7% of the UK’s total electricity requirement for the next 60 years.  It will take over from existing nuclear stations operated by EDF Energy, as well as replacing old coal stations.

More than that, it will start a nuclear renaissance. We have already set out our long term goals of building new nuclear stations at Sizewell in Suffolk and Bradwell in Essex.

Those power stations will help close the energy generation gap, and help us keep the lights on until the end of the century with reliable, low carbon electricity.

As we well know, delivering nuclear power is a long-term undertaking – but one that is vital to the UK’s future.