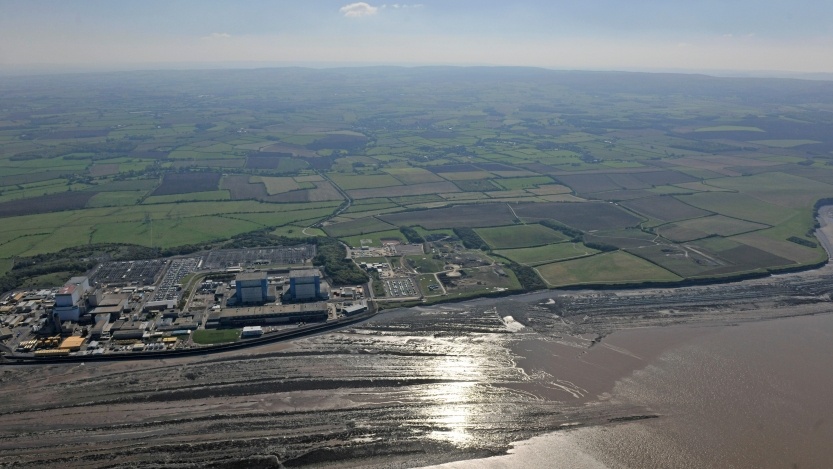 EDF and China General Nuclear Power Corporation (CGN) are today signing a Strategic Investment Agreement for the construction and operation of the proposed Hinkley Point C nuclear power station in Somerset. The signings are due to take place in the presence of the Chinese President, Xi Jinping, and the British Prime Minister, David Cameron, in London.

Conditions to allow the Hinkley Point C project to go ahead are in place. These are the signing of the Strategic Investment Agreement, all the agreements between EDF and the UK Government being in a final agreed form, as are the contracts with the key suppliers. Under the Strategic Investment Agreement, EDF’s share in Hinkley Point C will be 66.5% and CGN’s will be 33.5%. Without reducing this initial stake below 50%, EDF intends in due course to bring other investors into the project.

EDF and CGN have also agreed the Heads of Terms of a wider UK partnership for the joint development of new nuclear power stations at Sizewell in Suffolk and Bradwell in Essex. Terms will be in final form before the final investment decision for Hinkley Point C.

Today’s signing paves the way for the Hinkley Point C project to go ahead and sets the steps for a final investment decision subject to:

Energy Secretary Amber Rudd said: “We are tackling a legacy of under-investment and building energy infrastructure fit for the 21st century as part of our plan to provide the clean, affordable and secure energy that hardworking families and businesses across the country can rely on now and in the future. The UK is open for business and this is a good deal for everyone – Hinkley Point C will continue to meet our robust safety regulations and will power nearly six million households with low-carbon energy, creating over 25,000 jobs and more financial security for working people and their families. The Government will support new nuclear power stations as we move to a low-carbon future. Hinkley Point C will kick start this and is expected to be followed by more nuclear power stations, including Sizewell in Suffolk and Bradwell in Essex. This will provide essential financial and energy security for generations to come.

EDF Chairman Jean-Bernard Lévy said: “Today marks a big step forward for EDF’s 30 year partnership with our Chinese partner CGN. Our ambitious nuclear projects are strongly supported by the governments of the UK, China and France and they will bring benefits to all three countries. I am confident that our experience and ability mean we will successfully deliver Hinkley Point C and subsequent projects. We are planning for a final investment decision within weeks so that we can move forward with construction.”

He Yu, Chairman of China General Nuclear Power Corporation (CGN) said: “Entering the UK’s nuclear market marks a new phase for CGN. At the same time this is also a triple-win for the existing nuclear energy partnership between China, France and the UK. CGN is highly committed to delivering safe, cost efficient, and sustainable energy and to supporting the UK’s goal of becoming a low-carbon society.”

EDF Energy CEO Vincent de Rivaz said: “Hinkley Point C and successive nuclear projects will guarantee the UK the reliable, secure low carbon electricity it needs in the future. Nuclear power will save customers money compared with other energy options and provide a huge boost to British industrial strength, jobs and skills both in Britain and abroad. Today’s announcements are also good news in the fight against climate change”

EDF and CGN have been working as industrial partners for 30 years. This includes the joint venture between CGN and EDF to build two EPR reactors at Taishan. This is the same technology chosen for Hinkley Point C.

The UK will benefit from this long-standing co-operation and the extensive and proven capability of CGN in the construction and operation of nuclear plants. The Chinese investment will provide a boost to British jobs and industry, allowing British companies to work with experienced Chinese and French companies in a global new nuclear market.

The signing of the Strategic Investment Agreement coincides with the contracts between the UK Government and EDF for the Hinkley Point C project being in final agreed form. These include the “Contract for Difference” or “CfD” which sets a price for Hinkley Point C’s electricity of £92.50 per MWh (in 2012 money) for 35 years or £89.50 per MWh if a final investment decision is taken on Sizewell C.

The risk of constructing the power station to budget is borne by the investors and gainshare mechanisms mean that consumers will share the benefit if costs are less than expected.

The contract was approved by the European Commission in October 2014 following a 12 month investigation. The Commission concluded that the contract is an appropriate and proportionate way for the UK to meet its need for secure, low carbon energy.

The European Commission has also recently approved the UK’s waste transfer contract scheme, which will apply to Hinkley Point C. This innovative scheme means that the full costs of decommissioning and waste management associated with new nuclear power stations are set aside during generation and are included in the price of the electricity.

Hinkley Point C’s two EPR reactors will provide reliable, low carbon electricity to meet approximately 7% of the UK’s electricity needs and will be competitive with other forms of low carbon generation.

The Hinkley Point C project is well advanced. It has achieved planning consent, design approval for the EPR reactor and a nuclear site licence. There is a well-developed supply chain with identified preferred bidders who are already heavily involved in construction planning. Training for needed skills is underway and industrial agreements with trade unions are in place.

EDF will be the “responsible designer” for the Hinkley Point C project with a central role in the design and engineering of the power station at Hinkley Point C.

Final terms for contracts with a number of its key suppliers for Hinkley Point C have also been agreed.

Work to enable the British supply chain to compete for contracts means that more than 60% of the project by value will be spent in the UK. The project will strengthen British industry, jobs and skills with 25,000 job opportunities during its construction.

First operation of Hinkley Point C is scheduled to be in 2025.  EDF Energy’s current investment programme to safely extend the lives of its existing power stations contributes to maintaining a secure supply of low-carbon electricity prior to HPC coming on line.

The project is due to be equity funded by each partner, at least during a first stage. EDF will fully consolidate the project on its balance sheet.

The project will also benefit from the Government’s Infrastructure Guarantee Scheme. The initial £2bn of the scheme was announced by the Chancellor last month during his visit to China.

EDF and CGN have signed the Heads of Terms of an agreement in principle to develop Sizewell C in Suffolk to a final investment decision with a view to build and operate two EPR reactors. During the development phase EDF will take an 80% share and CGN will take a 20% share.

As part of the planning process, EDF’s initial proposals for Sizewell C were published in November 2012 and the first round of formal consultation with local communities has already taken place.

EDF and CGN have signed the Heads of Terms of an agreement in principle to undertake the regulatory approval (Generic Design Assessment), with the UK nuclear safety regulator, of a UK version of the third generation HPR1000 reactor called Hualong. The HPR1000 will be based on CGN’s Fangchenggang Plant Unit 3/4 in China, the reference plant for the UK Hualong design.

Under the terms of the agreement, a joint venture company will undertake and manage the Generic Design Assessment process. CGN is expected to take 66.5% share and EDF 33.5 %.

CGN and EDF have signed the Heads of Terms of an agreement in principle to develop Bradwell B in Essex to a final investment decision with a view to building and operating the UK Hualong reactor technology approved by the UK regulator through the GDA process. During the development phase CGN will take a 66.5 % share and EDF will take a 33.5% share.

The UK’s robust nuclear regulation ensures that all developers and operators must demonstrate that they meet strict compliance requirements for safety and security.

*Nominal costs, or current costs, refer to the costs expressed in the current money of the time they are incurred. They include the impact of the inflation in each year.

Blog: How we are restarting the UK nuclear industryBlog: Hinkley Point C a big opportunity for UK steel