EDF Energy and The Times Cheltenham Science Festival have won a prestigious award for ‘Collaborative Action’ by charity Business in the Community (BITC), as part of the 2014 Responsible Business Awards.

The energy firm, which employs around 4,000 people across the south west, and The Times Cheltenham Science Festival were praised for their 10-year long partnership focused on inspiring young people in science and engineering. Their collaborative education programme, which is delivered both at the Festival and in schools across the region engages with around 15,000 children each year.

Rex Mackrill, director of The Times Cheltenham Science Festival, said: “We are proud to work with EDF Energy as the Associate Title Partner for the Times Cheltenham Science Festival. One of the reasons why our partnership with EDF Energy is so successful is that we have the mutual ambition to inspire and enable people to engage with science. Our joint projects with EDF Energy are flourishing, particularly our outreach schools’ programmes and the FameLab science communication competition which have become an annual highlight. We’re delighted that our incredibly successful partnership with EDF Energy has been recognised by the Business In the Community Collaborative Action Award and we look forward to continuing to work together on these and other exciting future projects.”

Bob Fenton, head of communications for EDF Energy's generation business, said: “We have had a long and successful partnership with Cheltenham Festivals – this year becoming the associate title partner - which has led to us being able to deliver a unique and innovative education outreach programme. This award is great recognition of the work we are doing together. This year around 15,000 youngsters attended an event at The Times Cheltenham Science Festival that was made possible by our sponsorship, and later this year many more will go to one of our Christmas Lectures that will take place around the country.”

Together, EDF Energy and The Times Cheltenham Festivals developed an education outreach programme to deliver interactive science and careers advice to students across the south west. EDF Energy then took this programme on the road, reaching thousands of additional schoolchildren who would not be able to visit the festival. Each element was designed around the curriculum and delivered in a fun way.

What? Why? How? Events teaching science in an engaging way.

The response to the events was fantastic, with Careering Around in particular playing a crucial role in inspiring students. 65% of those taking part said they were more interested in engineering and science than they were before. The Business in the Community award recognised that the programme had also raised awareness of EDF Energy’s education work and improved perceptions of the company in the local community.

At this year's festival held in June, EDF Energy showcased ‘The Great EDF Energy Experiment’, a five year citizen science initiative.The Big Bumblebee Discovery is the first experiment, and is underway now in partnership with the British Science Association. Examining bumblebee pollination in the UK, the experiment will explore whether the diversity of bumblebees is affected by their surroundings.

Nationally, EDF Energy has been awarded seven ‘Big Ticks’ by Business in the Community in 2014, including being shortlisted for their top award of ‘Responsible Business of the Year’ due to be announced in July. 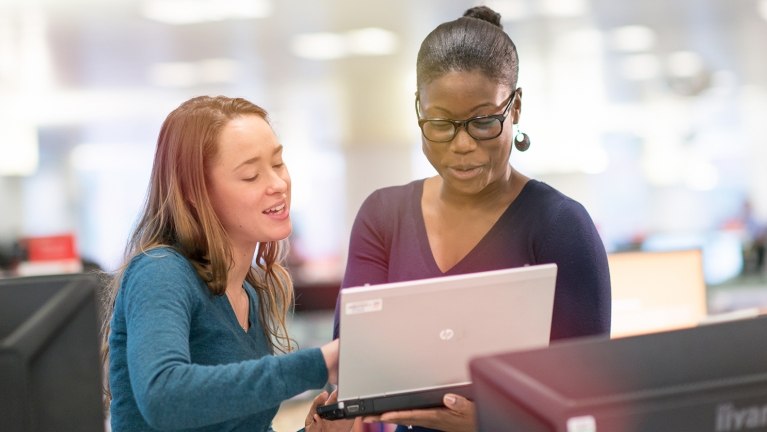