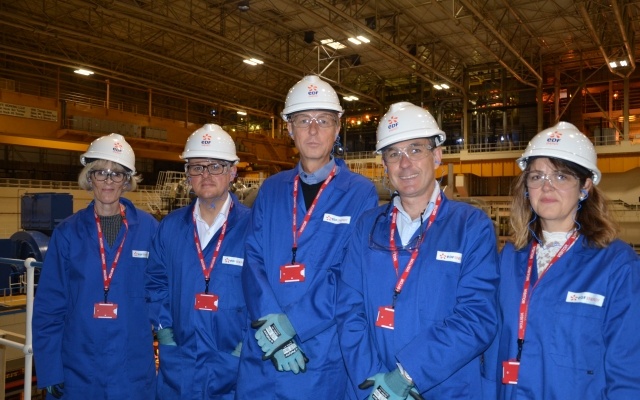 Prospect union, accompanied by representatives from the TUC, Unite and GMB, are visiting nuclear power station Sizewell B on Friday (4 October) to show their support for construction of the new Sizewell C and discuss future funding options.

Sue Ferns, Prospect's senior deputy general secretary will attend the meeting along with Paul Nowak of the TUC, Justin Bowden (GMB) and Miles Hubbard (Unite). Sizewell C, when it goes ahead promises to deliver over 6,000 jobs during the construction period and 900 jobs when the station is operational. The project is worth 100m a year during construction and then £40m a year in operation (Sizewell B is also worth £40m per year).

"EDF is the only company in the UK currently building new nuclear capacity. Prospect research shows that without new nuclear we face a potential energy gap during high demand low wind periods of up to 21%, so it is vital that we get this right.

"New build nuclear projects like Sizewell C will also create thousands of jobs and inject hundreds of millions of pounds into the economies of their local communities. That's why we unions are here today - to show our support for Sizewell C and urge the government to learn the lessons of this and Hinkley Point C and get on with building much needed capacity.

"Direct public procurement would be the cheapest way to fund new nuclear, but an infrastructure spending commitment on this scale is unlikely under the current government. The RAB model is not perfect but in current circumstances it is the most practicable way forward and should be supported as nuclear has a vital role to play in delivering net zero."

"Trade unions are committed to fight against climate change. That means modernising our energy mix to help us reach net zero. Modern nuclear has an important role in this, alongside renewables like wind and solar.

"A greener economy must be a fairer economy too. Employers and government must work with unions to make sure that projects like Sizewell C deliver good quality, sustainable jobs. There should be high quality apprenticeships for the next generation of workers. And there should be opportunities to retrain and transfer for workers in sectors that face disruption as we decarbonise the economy."