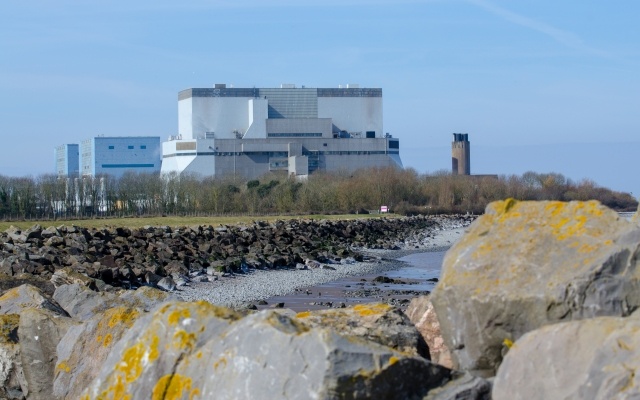 After nearly 45 years of quietly helping to power Britain, a proactive decision has been taken to move Hinkley Point B power station in Somerset into the defuelling phase, no later than 15 July 2022.

Hinkley Point B started generating low carbon electricity in 1976 and since then has safely produced more than 300 TWh of power – an amount of energy that would meet the electricity requirements of every home in the UK for three years.

“This station has delivered more low carbon energy during its lifetime than any other UK nuclear station. This is an outstanding achievement and a testament to the dedication of all those who have worked here over the decades.

“When work started on this generation of nuclear reactors in the 1960s, few could have anticipated how important it has become to generate our power with little or no emissions. Over its life, this station has helped the UK avoid millions of tonnes of carbon dioxide going into the atmosphere and provided rewarding jobs for thousands of people and supply chain partners across Britain.

“Although there is much change to come, this is a moment to be proud of what we have achieved.”

In 2012 EDF extended the estimated generating life of Hinkley Point B by seven years, from 2016 to March 2023. Today’s announcement means the site will stop generating just a few months ahead of this and over 15 years longer than originally planned back in the 1960s.

The station suspended power generation in June 2020, in order to undertake extensive graphite inspections and conduct maintenance. EDF has developed the safety case required to re-start operations and this will soon be with the Office for Nuclear Regulation for review. Further generation is wholly conditional upon their approval.

Once Hinkley Point B stops generating power for good, EDF will take on defuelling the station, the first stage of the nuclear decommissioning process and one expected to take several years. Defuelling will involve continued use of EDF’s uniquely experienced teams, and specialist supply chain companies, preserving an important source of jobs in Somerset and the surrounding area.

“While EDF has been busy building the first in the next generation of nuclear reactors next door, Hinkley Point B power station has been playing a critical part in keeping the UK’s lights on and emissions down.

“Running a nuclear power plant this efficiently for over 40 years leads to changes in the reactors. Our inspections of Hinkley’s reactor cores this year show that the graphite blocks are in exactly the sort of condition we predicted they would be at this stage in the station’s lifetime. As a responsible operator we feel it is now the right thing to do to give clarity to our staff, partners and community about the future life of the station, which is why we have made this proactive decision. I would like to pay tribute to all those associated with Hinkley Point B for their outstanding professionalism and wish them well with the next chapter.”