More than 40 runners from Torness power station have pulled on their trainers to compete in a four mile race to raise over four hundred pounds for a Berwickshire charity.

The race is held every year at the station and those who raised the most money have chosen which charity the cash goes to. This year it is the Lana Donaldson Trust which helps 7 year old Lana, from Chirnside in Berwickshire who has a rare blood disorder.

Lana’s mum, Julia Donaldson is thanking all those at Torness who took part in the run to raise the money, “This money is a massive help to us and will be used for basics like fuel, which we use a lot of to get back and forth from hospital in Edinburgh. For everyone at Torness to think of us is really tremendous and we are very touched. I’m pleased to say Lana is keeping well and has just celebrated her 7th birthday with family and friends.”

The four mile race route is a circuit of Thorntonloch beach, the seawall, Skateraw beach, Chapel Point and the return is via the old A1 road. This year’s race winner is 23 year old Lewis Paulin who lives in Edinburgh. He picked up the Bob Wilson trophy from the man himself. Bob is a retired shift engineer at Torness who donated the prize.

Torness power station director, Paul Winkle, who also took part in the race, said “I am very pleased the money has gone to such a worthwhile cause and all of us here at Torness wish Lana and her family all the very best.

“Well done to Lewis for winning and thanks to Bob Wilson, it is always great to see him at the station for this annual event.” 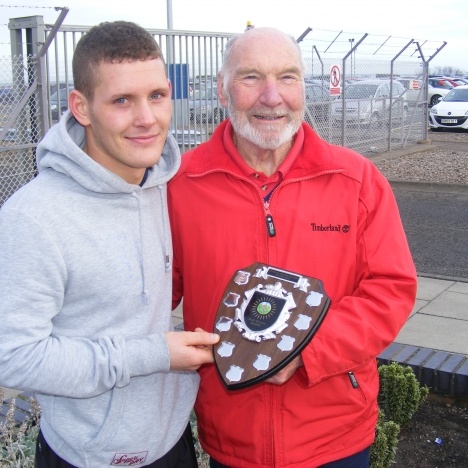 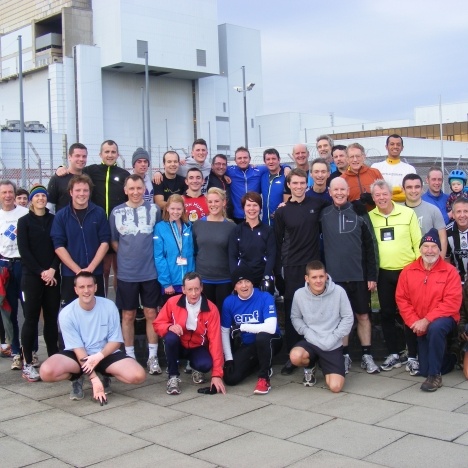