More than forty chicks have fledged from the nest site at EDF’s East Lothian facility over the past 21 years and this year’s pair are successfully rearing three new chicks.

Workers are able to monitor the family’s progress on EDF’s internal network via a web-cam installed in 2009; giving a fascinating insight into how the adults care for their young.

Diana Dyce, from the Environmental Safety Group, said: “I’m normally able to see the nest through the window from my desk and watching the chicks grow each year is a real highlight. During nesting season this year, though, I’ve been working from home as we limit the number of people on site to manage the Covid-19 situation so the web-cam has been crucial for me and others who have wanted to keep an eye on the family.”

The grounds of the power station offer a safe haven for the birds where they can nest undisturbed each year and have previously attracted birds from as far away as London, an unusually long journey for a peregrine falcon.

Station Director, Robert Gunn, said: “As the only site in East Lothian to hold the Biodiversity Benchmark, we actively encourage wildlife so it’s wonderful to see the peregrines return year after year. I’m delighted another three chicks look set to fledge from this successful nesting site bringing the total for the past 21 years to 45 chicks.”

Torness has held the Wildlife Trust’s Biodiversity Benchmark award since 2015; one of four sites in Scotland and the only one in East Lothian to do so. 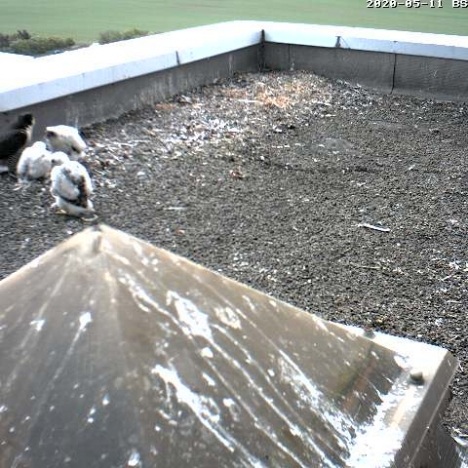 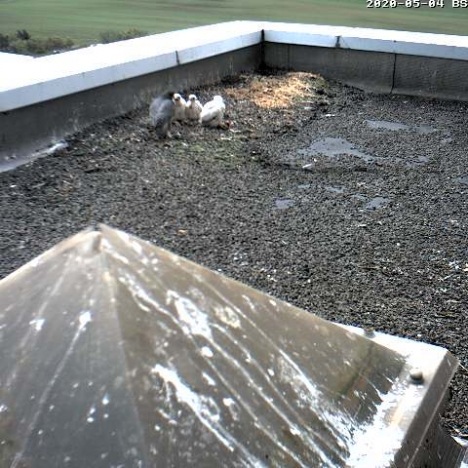