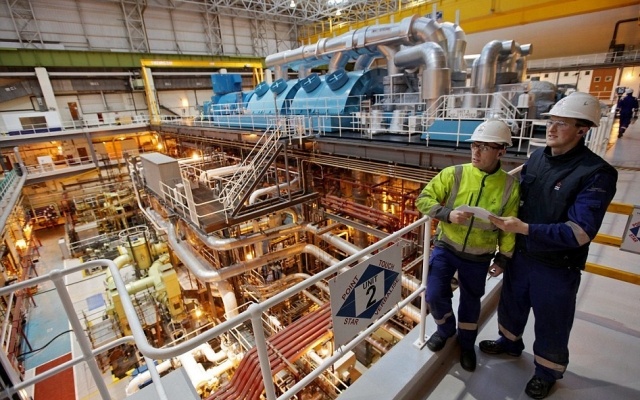 The team at Torness power station is celebrating an excellent end to the year as in 2019, EDF’s East Lothian facility produced enough electricity to power more than all the households in Scotland[1] with a fantastic run of low carbon generation.

For the first time in its 31-year history, the station went a full calendar year without a shutdown and generated over 10 TWh of electricity which is over 10,000,000,000,000 watts/hour.

That was enough to power 2.58 million homes and as it was low carbon electricity, the CO2 avoided when compared to the same amount of gas generation, was like taking more than 1.5 million cars of the UK’s roads for a year.

Station Director, Robert Gunn, said: “I’m delighted that we have been able to end the year on such a high. This demonstration of safe, reliable performance just goes to show what an important part Torness, and nuclear more generally, plays in a low carbon energy mix and keeping the nation’s lights on.

“A great run like this is only possible if we have a strong team working safely and I’m proud that Torness has such a dedicated workforce at its heart.”

The power station has two reactors which can each deliver over 600 MW (million watts) onto the national grid. Reactor 1 has been generating safely and continuously for 15 months, while Reactor 2 reached this milestone on 19 December 2019.

The two turbine generators have now continuously rotated a total over 3.6 billion times during the period. Each reactor is taken offline every three years for a statutory maintenance period which is like a large service and ‘MOT’ for the unit.

That means that it is only every third year that there is an opportunity to keep both reactors online for a whole calendar year.

Torness’s economic contribution to East Lothian is £45 million, and the site employs employ 500 EDF staff and 200 contract partners and has 16 apprentices on the four-year programme

[1] Torness generated enough electricity in 2019 to power 2.58 million homes. Scotland has 2.46 million households according to the Scottish Household Survey 2017