Spooky sounds of Dungeness after dark 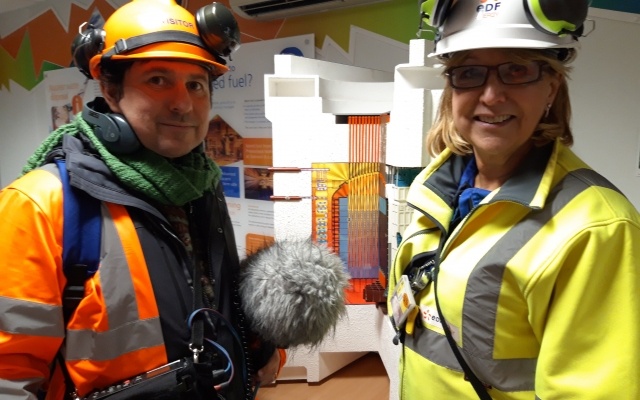 Romney Marsh is famous for its lunar-like landscapes, ghostly folktales and unique other-worldliness.

But it’s not often talked about in the same vein as Berlin, the Icelandic glaciers or Soho, London’s rowdy night-life capital.

Until, that is, BBC Radio 4’s Wireless Nights rolled in to town.

The popular late-night programme, narrated by Pulp frontman Jarvis Cocker sets it sights on being “a nocturnal exploration of the human condition”. Previous episodes have focused on Berlin after dark, the London party scene, and the nightly noises inside a cab of an all-night tube train.

But an episode planned to air in mid-December will explore the soundscape of Dungeness after dark.

Producer Neil McCarthy spent two days on the Dungeness Estate, including a tour of Dungeness B power station, recording the varied sounds of the shingle bank. He visited the main control room simulator and the turbine hall at the power station to record the unique night-time sound track.

Neil even spent a night recording with moth-trappers at the nearby Bird Sanctuary.

“Wireless Nights is a late night, imaginative series which explores different spaces and stories after dark. I’ve been coming to Dungeness for years as a beach fisherman and I’ve long thought it provides the perfect soundscape for the Wireless Nights series,” he said.

Neil also met local fishermen and artists alike as he recorded the unique night-time sounds of the famous marsh.

The Wireless Nights episode featuring Dungeness is due to air at 11pm on 11 December. Before then Jarvis Cocker will also pay a night-time visit Dungeness to form his own impressions for the show.