Special recognition for Hunterston B apprentice

A Hunterston B apprentice has been recognised for her performance at EDF Energy’s annual apprenticeship graduation ceremony in Worcestershire.

Rachel Boyd from Ardrossan was named Hunterston B apprentice of the year and received a special award from Simone Rossi, EDF Energy’s CEO, at the annual apprentice graduation ceremony. She was recognised for her nuclear professionalism and positive attitude throughout the four year apprenticeship.

The 22 year old was joined by apprentices from across the business including fellow Hunterston apprentices Keri Lumsden, Fraser Wright, Ryan Nisbet and Michael Hodge.

Rachel said: “I have really enjoyed the apprenticeship programme over the past four years so I feel honoured that my hard work has been recognised. I have developed so many new skills since I started and I am looking forward to keeping up the hard work in my role as a full-time technician.”

Maintenance Manager, Len Astell, said: “All of our apprentices have performed brilliantly over the past year so Rachel was up against some very stiff competition. She is a great example of how young people can make the most of the opportunities available through the modern apprentice scheme.”

The awards were presented by EDF Energy Chief Executive Simone Rossi in front of an audience of graduating apprentices and their families. 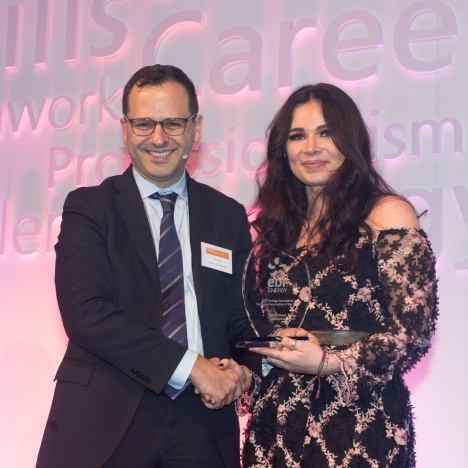