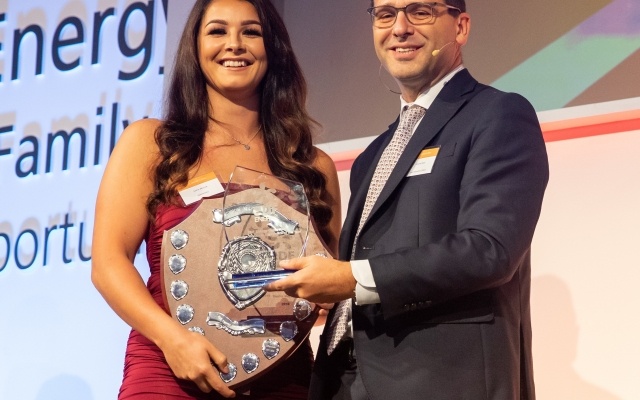 Sasha, 22, of Heysham, took the main award at EDF Energy’s apprentice graduation ceremony which saw all 45 of the company’s final year apprentices commended for their efforts during the four-year training programme by Brian Cowell, EDF Energy’s managing director.

After taking A’levels at Heysham High school Sasha spent time on work experience at Heysham 2 before she managed to secure a place on the apprentice programme.

She said: “It took two attempts to get on the scheme, and I do know that some people applied four times before they finally got a place.

“I had always been interested in engineering and taken maths, science and engineering at school and I did think of going to university but joining EDF Energy’s apprentice scheme was the best decision I could have made.”

Sasha spent two years at HMS Sultan, then EDF Energy’s training base, before returning to Heysham 2 to work in control and instrumentation with the maintenance team.

2020’s apprentices will train at the company’s state of the art facilities in Bridgwater which is next to the massive Hinkley Point C new build project. They too will have a graduation ceremony once they complete the programme.

At the 2019 ceremony Heysham 1’s Jack Sharples awon the ‘community engagement’ and also the station’s apprentice of the year.

Sasha said: “It was a great surprise but I was delighted to win the award. My mum and dad were there which was great and by the time I got home the trophy was already on full show!

“Now, I just want to get good at what I do as a control and instrumentation technician with the maintenance team and then see what the future brings.”