In 2017, 70% of road fatalities in Scotland occurred on country roads. To put this into perspective, that is 102 deaths in one year alone. The most common cause of these fatalities is from people driving too fast for the road conditions.

The Country Roads campaign from The Scottish Government is a campaign designed to raise awareness of the importance of driving to both the road conditions and your ability, not just to the speed limit.

Around 200 staff and contractors at the power station visited the stand with 55 taking part in a virtual reality experience that challenged their reactions and hazard awareness.

Station Director, Robert Gunn, said: “Many of our workers drive on country roads on their way to and from work. As a responsible employer it is up to EDF Energy to make sure that our people have the skills they need to be safe, whether in the power station or out on the roads.

“We were delighted to be able to welcome the Country Roads team on to site to help raise awareness amongst our staff and contractors and I hope the campaign will be successful in helping to reduce the number of casualties on our roads.”

Liz Rockley from the Scottish Government said, “Even the best drivers can get caught out by hazards on country roads. By slowing down and preparing for the unexpected, drivers give themselves more time to react and arrive safely.  A big thanks to everyone at Torness for supporting the campaign and taking part.”

You can find out more about the Country Roads campaign at: http://dontriskit.info/country-roads/ 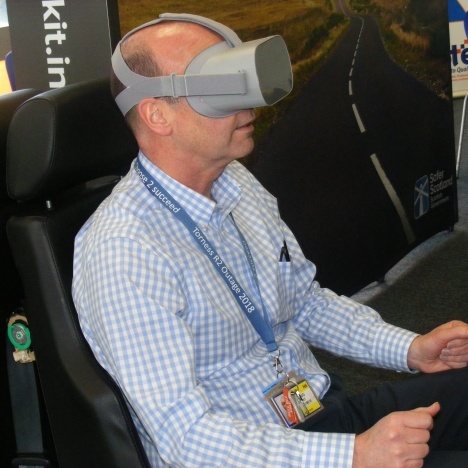