Over a third of parents now track Santa using a smart device, rather than writing him a letter 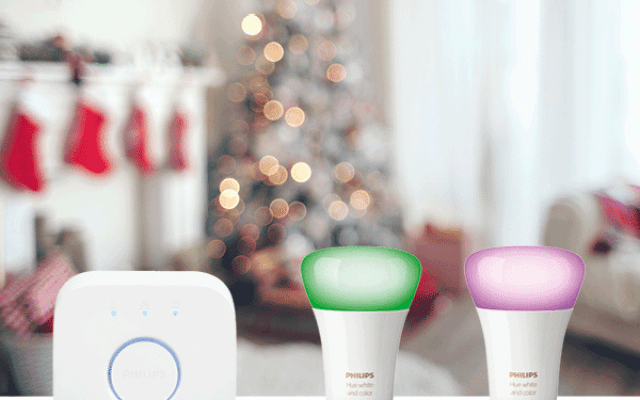 It’s beginning to look a lot like Christmas – and it seems our festive traditions are in for a tech upgrade, with more adults planning to use smart devices to keep the magic of Christmas alive for children this year rather than more classic traditions like writing letters to Santa.

According to new research from EDF Energy, more parents will use smart home tech to ‘Track Santa’ this year (33 per cent) than search for his footprints by the fireplace (19 per cent), or look out for signs that Rudolph has visited (28 per cent).

More than half of adults surveyed also revealed that they would use a smart home voice control device to track and play the sound of Santa’s footsteps in a bid to make this Christmas extra magical (53 per cent). What’s more, the same number of us will use smart home tech to ‘Track Santa’ this Christmas (33 per cent) as will look up into the sky to spot his sleigh (33 per cent).

And it’s not just searching for Santa that we’re using smart devices for. Nearly a quarter (24 per cent) of adults plan to use smart plugs to turn the tree lights on ‘as if by magic’ on Christmas morning.

The findings also revealed classic traditions may be being replaced:

Philippe Commaret, Deputy Managing Director – Customers at EDF Energy, added: “It’s well acknowledged that technology is transforming our day to day lives, and it seems it is now also playing a part in our cultural celebrations. As people look to continue their childhood traditions in a way that is relevant to future generations, they are turning to smart home tech to help keep the magic of Christmas alive.

“With a range of smart home devices, including smart voice speakers and smart lighting solutions, the EDF Energy Smart Home Store can help you make this Christmas the most magical one yet for all the family.”

Looking ahead to the future, there is no dream too big - the survey also revealed the top 5 things we would like to be able to do to make Christmas even more magical…

The EDF Energy Smart Home Store stocks a wide range of smart home tech solutions, including; lighting, heating, power and security, to enable you to have a smarter, brighter future. The store also features articles with advice on the best ways to get the most from your Smart Home products.  For further information please visit: www.smarthomestore.edfenergy.com

EDF and its partner CGN are leading the UK's nuclear renaissance with the construction of a new nuclear power station at Hinkley Point C, and plans for new power stations at Sizewell C in Suffolk and Bradwell B in Essex. Hinkley Point C will provide low carbon electricity to meet 7% of UK demand. The project is already making a positive impact on the local and national economy as well as boosting skills and education.