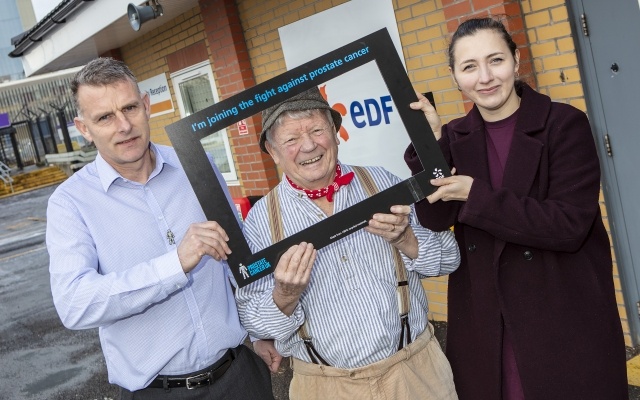 Tommy Banner, accordionist and vocalist with The Wurzels, played a starring role as Hinkley Point B began its efforts in support of EDF’s new charity partnership with Prostate Cancer UK.

The Somerset-based music legend, who is celebrating his 53rd year with the chart- topping band, visited the power station on Tuesday 28 January to officially launch Hinkley Point B’s part in the new three year charity partnership.

Whilst at the power station, Tommy, took the opportunity to talk to staff and contract partners about his personal battle with the disease, which he was diagnosed with in 2006 and the importance of early diagnosis.

Tommy said: “My late wife, Chris, and I were visiting one of our friends who was recovering in hospital having just had his prostate removed. He made me promise that I would get myself tested for the disease.

“Of course I wasn’t keen to go to my GP for the test as I didn’t have any symptoms, nor did I feel poorly. But Chris made the appointment, and the next day we both went, and we were so glad we did because my results showed my PSA blood count was high. This led to further tests, which then proved positive for Prostate Cancer. There is no doubt that if I hadn’t gone for the test when I did, then I wouldn’t still be here now, and this is all thanks to Vic, and the love and persistence of Chris and the wonderful support I received from my family.”

Following his unexpected diagnosis, Tommy took a short break from the band and received life-saving treatment, including the removal of his prostate and radiotherapy, and within four months he had fully recovered and was back on stage performing with The Wurzels again.

“I am one of the lucky ones as I have lived to tell the story” added Tommy. “My advice to all men would be don’t be frightened, talk to your partner, and go to the doctors and get yourselves tested for prostate cancer... it may save your life.”

Alice Ward from Prostate Cancer UK said; “It is phenomenal to have a company like EDF supporting Prostate Cancer UK. To have raised almost £1,000 already from this morning’s efforts at Hinkley Point B is testament to how important this cause is to the staff here. Our work with EDF throughout the country will now help us to reach many more men, raising awareness to make a big difference.

Peter explained: “This is a wonderful charity to support as prostate cancer has touched so many lives, and not only will we be raising awareness about the condition at the partnership launch, we will also be raising money for the charity.

EDF’s last charity partner was with Breast Cancer Now, and the partnership ended in September 2019. During the three-year partnership employees raised more than £450,000, and with an additional donation from EDF, the company’s fundraising total was over £600,000. Staff and contract partners from Hinkley Point B contributed over £28,500.

Hinkley Point B now holds the UK record for generating more electricity than any other nuclear power station in the country; enough to power every home for almost three years whilst avoiding the production of 105 Million tonnes of C02e, the equivalent of removing all cars from our roads for one and a half years.

Operating 24 hours a day, the station continues to play an important role in the fight against climate change and the UK’s ambition to make net-zero emissions possible. 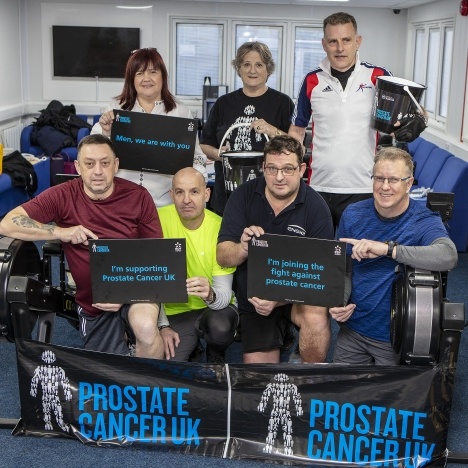 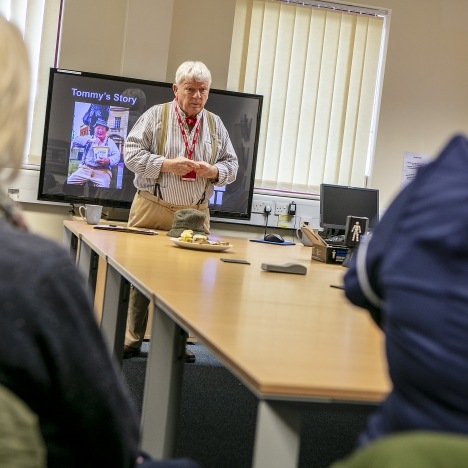 Tommy Banner took the opportunity to talk to staff and contract partners about his personal battle with prostate cancer
View | Download (1.16 MB) 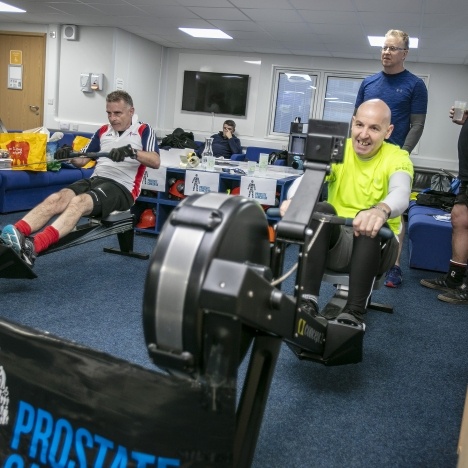