Lewis Wind Power has opened a new office in Stornoway so that people can drop in and talk to employees about its two proposed wind farms.

The opening follows the appointment of champion mountain biker Kerry MacPhee to look after community liaison for the projects. She will join stakeholder relations manager David Morrison at the office on Cromwell Street Quay. It will be open from 9am to 5pm Monday to Friday.

Lewis Wind Power is a joint venture between Edinburgh-based EDF Energy Renewables and Wood from Aberdeen. It is developing the Uisenis and Stornoway wind projects which are the two largest developments in the Western Isles.

The size of the proposed projects is critical in making the financial case for a much needed interconnector cable from the Western Isles to the Scottish mainland.  Substantial development of wind farms on the island can only happen if the electricity can be easily exported to the National Grid. The development will unlock significant community benefits in payments, ownership and jobs.

Kerry, who is from South Uist, will be available to talk to community groups and listen to any concerns they might have.

She said: “The new office is our base on Lewis but I expect to be out and about talking to local people explaining our plans as we move forward with the projects.

“The Lewis Wind Projects offer the best possible chance of delivering large scale wind power on the Western Isles, and the many jobs and huge local economic impact that would follow.”

Lewis Wind Power believes that 2018 will be a critical year for the two projects. It is hoped that the island wind projects will be given the green light to compete in auctions for low carbon electricity in early 2019.

“We want to make it easy for people to find out what is going on with the projects and I am delighted that Kerry has taken the community liaison role. She understands and cares about the Western Isles and it’s great that she has been able to come back to work with us.

“Lewis Wind Power has a big responsibility in 2018 to make sure that these projects can win contracts against other renewables projects across the UK. We will also firm up plans for community ownership with the Council and Stornoway Trust.

“Investment in the interconnector can only be triggered by our projects, which have planning consent and a grid connection.  The interconnector would mean there would be scope for more community projects on the Western Isles.

“It would also unlock the potential for up to 600 jobs at the peak of construction and up to £400 million of economic benefit over the lifetime of the planned and future developments.”

In Scotland EDF Energy operates Hunterston B in North Ayrshire and Torness in East Lothian which employ over 1,000 staff and around 500 contracting partners across the two power stations. EDF Energy employs a further 200 office based staff in East Kilbride.  As well as generating enough power to serve some 4 million homes the company also provides gas and electricity to over 80,000 Scottish customers with around half of those opting for one of the company’s Blue+ products which are backed by low-carbon generation. We operate two windfarms in the Scottish Borders and make sure we buy enough electricity generated from a low-carbon nuclear source to match every unit of electricity we estimate our Blue customers use. EDF Energy is proud to power up some of the largest organisations in the UK, including supplying almost all public sector bodies in Scotland with after being awarded Scotland’s largest electricity supply contract by annual volume from April 2013. Following a landmark agreement with Network Rail the company also provides nuclear-backed Blue energy to power up the UKs electric rail network, covering most of the south east of England and the main lines from London to Edinburgh and Glasgow, as well as the Merseyrail network around Liverpool and the Glasgow suburban network. 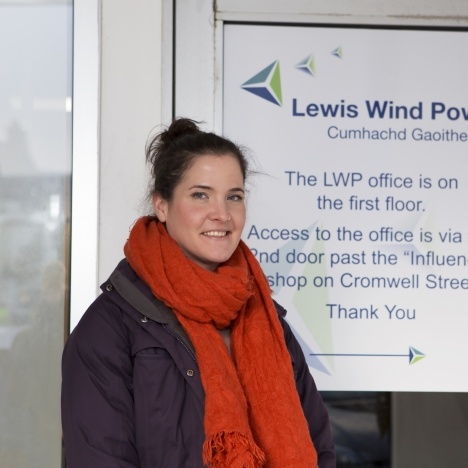