Lewis Wind Power (LWP), a joint venture between Amec Foster Wheeler and EDF Energy Renewables has bought the Uisenis Wind Farm project on the Isle of Lewis. The wind farm has planning consent for the development of 45 turbines with a maximum capacity of 162 MW. This would be enough to power 124,000 homes and would be the biggest renewable energy development on the Western Isles.

LWP owns the Stornoway Wind Farm project located around 20km to the north of Uisenis which has planning consent to develop 36 turbines to a maximum capacity of 180 MW – enough to power 135,000 homes.

The acquisition shows LWP’s commitment to developing low carbon renewable energy on the Isle of Lewis offering significant benefits for the community. The joint capacity of up to 342MW is a crucial part of building the case for an interconnector to the Scottish mainland which is estimated to require over 350MW of committed project power to be viable. The interconnector is essential to make sure electricity can be exported from the island to the wider UK electricity grid.

The two consented projects will offer good value for consumers, benefiting from the abundant wind of the Outer Hebrides. It is hoped that they will be able to enter into the next UK Government auction round for low carbon electricity. Success would unlock the economic potential of Western Isles wind power.

The local community will benefit in three different ways from the wind farm once operational. This will be through Comhairle nan Eilean Siar having an option to  partner with LWP to buy  a share in the Uisenis wind farm, through a community benefit fund which will receive a proportion of the revenue and through the employment and economic benefits.

“It strengthens the case for an interconnector to the mainland which will unlock the economic potential of the Western Isles and secure the development of the island’s renewables sector. Lewis Wind Power will work with the community to maximise opportunities from the development.”

Garry Morton, Commercial Director, Amec Foster Wheeler said: “The ownership of the two wind farms, Stornoway Wind Farm and Uisenis Wind Farm, will bring benefits to the island through community benefit, employment and local procurement. There will also be an option offered to Comhairle nan Eilean Siar to take a stake in the project, which is a similar opportunity to that offered to the Stornoway Trust on the Stornoway Wind Farm. EDF Energy Renewables and Amec Foster Wheeler will bring their project expertise and finance to help ensure the Uisenis Wind Farm comes to fruition as soon as practical.”

Cllr Angus Campbell, Leader of Comhairle nan Eilean Siar, said: “The acquisition of Uisenis Wind Farm by Lewis Wind Power presents a fantastic opportunity to see this wind farm constructed and deliver significant benefits both to the local community and the Western Isles as a whole with an option for the council to purchase a significant stake in the project. This is welcome news that can only strengthen the case for the construction of the interconnector. “

On behalf of Eishken Limited, the owner of the site where the Uisenis Wind Farm will be located, Nick Oppenheim said: “I am delighted that LWP are taking forward the wind farm. The resources available on the Eishken estate, and the Western Isles in general, means that it is an excellent location for renewable energy projects and, as such, the company is also developing a 300MW pumped storage hydro project immediately adjacent to the Uisenis wind farm. With such potential for renewables and the positive effect they will have on the local community, economy, and the UK as a whole I am are looking forward to positive news on both support for remote island projects and the interconnector.”

• The Baringa report ‘Economic opportunities of renewable energy for Scottish island communities’ was written for the Scottish Government in March 2016 and can be found here:

The report suggests that the Western Isles, Orkney and Shetland could supply up to 5% of Britain’s total electricity demand by 2030. With the right investment in grid infrastructure and generating assets and renewable energy on the islands could grow very quickly to 1 gigawatt by the early 2020’s and a further 1.4 gigawatts by 2030. This could bring £725 million for island economies from 2015 to 2040, £230 million in community benefit and could boost island economics by £83 million a year in the peak development phase.


• In 2010 The Scottish Government announced planning consent for the wind farm to be built on the Uisenis Estate and consent was granted for a further six turbines later that year. The ownership of the wind farm was later transferred to Engie, which announced it was withdrawing from the scheme in 2014.

• EDF Energy Renewables is a 50:50 Joint Venture between EDF Energy and EDF Energies Nouvelles. It is one of the UK’s leading renewable energy companies. It is focussed on the development, construction and operation of onshore and offshore wind farms and already operates just under 600MW of wind farms, with more than 300 MW under construction. The company employs more than 150 people and has 400 MW consented and another 800 MW in planning and development.

• Amec Foster Wheeler (www.amecfw.com) designs, delivers and maintains strategic and complex projects and assets for its customers across the global energy and related sectors.
Employing around 36,000 people in more than 55 countries and with 2015 revenues of £5.5 billion, the company operates across the oil and gas industry, clean energy, power generation, mining, pharma, environment and infrastructure markets.

In Scotland EDF Energy operates Hunterston B in North Ayrshire and Torness in East Lothian which employ over 1,000 staff and around 500 contracting partners across the two power stations. EDF Energy employs a further 200 office based staff in East Kilbride.  As well as generating enough power to serve some 4 million homes the company also provides gas and electricity to over 80,000 Scottish customers with around half of those opting for one of the company’s Blue+ products which are backed by low-carbon generation. We operate two windfarms in the Scottish Borders and make sure we buy enough electricity generated from a low-carbon nuclear source to match every unit of electricity we estimate our Blue customers use. EDF Energy is proud to power up some of the largest organisations in the UK, including supplying almost all public sector bodies in Scotland with after being awarded Scotland’s largest electricity supply contract by annual volume from April 2013. Following a landmark agreement with Network Rail the company also provides nuclear-backed Blue energy to power up the UKs electric rail network, covering most of the south east of England and the main lines from London to Edinburgh and Glasgow, as well as the Merseyrail network around Liverpool and the Glasgow suburban network. 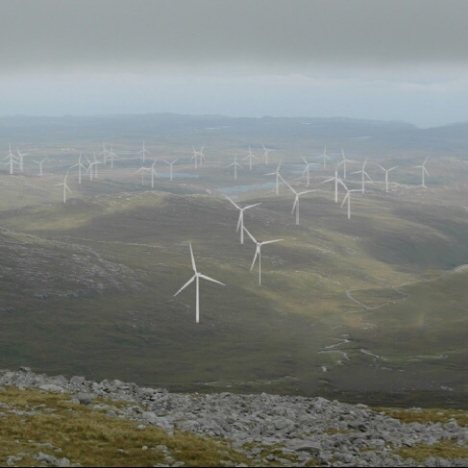