The Haywardians, based in St Mary in the Marsh, will be performing at All Saints Church, Lydd, on Saturday 28 October to support the power stations’ chosen charity of the year.

Alison Prentice, visitor centre supervisor, said: “We have been supporting Breast Cancer Now for the past year and have held a number of fund-raisers, but we are delighted that The Haywardians are holding this concert for us.”

The four-part harmony choir sings all kinds of music from Bach to Barlow and from Elgar to Elton and have successfully raised many thousands of pounds for local charities.

Andrew Sinden, of the choir, said: “We are a group who sing for fun first and also manage to raise money for good causes at our concerts. We held our first concert in 2010, and since then we have raised nearly £19,000.

“We are very much looking forward to partnering with Dungeness B power station’s team to raise as much as possible for Breast Cancer Now.”

At the October concert, which starts at 7.30pm, The Haywardians will stage a ‘Last Night of the Proms’ evening with Alison hoping to raise £1000 from the event.

She said: “Les Carter is our station chaplain and he’s given us All Saints Church for free, so every penny we raise on the night will go to Breast Cancer Now.” There will also be a fully licenced bar and a raffle on the night.

Tickets are on sale at £5 each and are available from Lyons Outfitters in Coronation Square in Lydd, Rolfe’s Hardware on the High Street in New Romney and Dungeness B’s Visitor Centre. For more information on the event, contact 01797 343728 or DungenessBtours@edf-energy.com

Find out more about the UK's energy challenges. 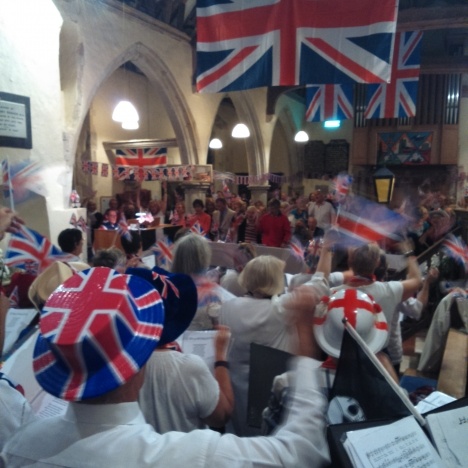 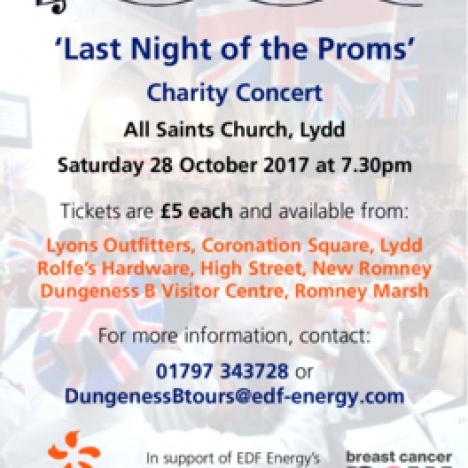