Interview with Dungeness B Apprentice of the Year, George Donoghue 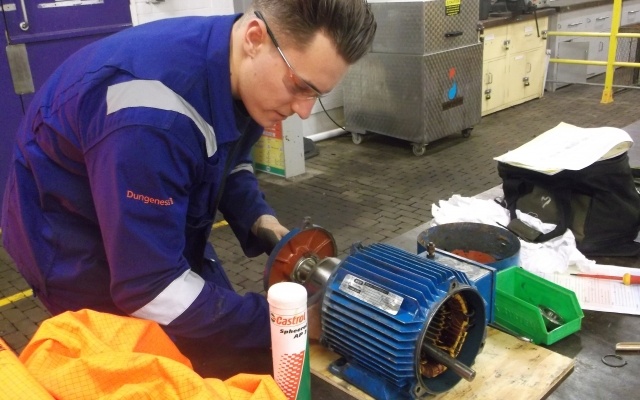 George puts his practical skills to the test in the maintenance workshop at Dungeness B power station
View | Download (4.24 MB)

As part of National Apprenticeship Week this week, we spoke to 23-year-old George Donoghue from New Romney who graduated from EDF Energy’s Engineering Maintenance Apprenticeship last year. He has since been named Dungeness B’s Apprentice of the Year.

“It was a real honour to win the award after four really enjoyable years of training.  For young people thinking about what to do when they leave school, I really can’t recommend EDF Energy’s Engineering Maintenance Apprenticeship highly enough.

I started the scheme in the summer of 2013 when I was 18, after leaving Harvey Grammar School in Folkestone. I realised I had in interest in practical subjects whilst studying Design and Technology, particularly electronics, so it’s no surprise that I ended up graduating as an electrical apprentice last year.

My grandad was involved in the construction of Dungeness B power station in the 1960’s and 70’s, welding the pipework in the reactor and the boilers. He was a real inspiration and first showed me how to fix things, think practically and get my hands dirty.

My two younger brothers are also interested in engineering and are looking to follow the same path as me. Henry, 19, is halfway through his first year on the same scheme and James, 17, has also applied for apprenticeship this year. I guess you could say that working at Dungeness B runs in the family!

Although our family of boys have been drawn to the apprenticeship, there’s no reason girls shouldn’t apply too. In fact, we have seen more and more girls taking the course, with over a third on last year’s intake. It’s great to see and shows that EDF Energy is serious about encouraging more girls into science, technology, engineering and maths (STEM) subjects through the Pretty Curious campaign.

The scheme itself is great fun, and I really enjoyed the two years spent at the HMS Sultan training base near Portsmouth. I got to meet other EDF Energy apprentices from around the country and I made some friends for life! I guess it’s a bit like university, but without being saddled with any debt. What's not to love?

As well as learning lots of hands-on skills and electrical theory, we also got the chance to visit Budapest, Berlin and Lyon. The course has been a great springboard for my career, allowing me to apply for my job at Dungeness B where I have continued my learning and development.

There aren’t many opportunities in the country where you can receive great tuition whilst earning a good wage at the same time. With the Government announcing that 2018 is the Year of Engineering, it seems like the perfect time to apply when applications open again in November.”

If you’re interested in the scheme visit the EDF Energy Apprenticeship webpage or contact the visitor centre on dungenessbtours@edf-energy.com to organise a tour of the power station and find out more about any work experience opportunities.

Find out more about Dungeness B 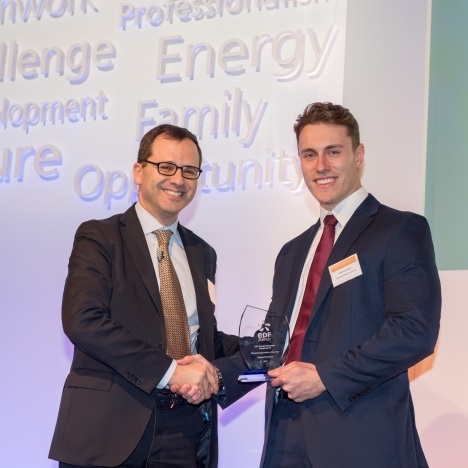