Staff at Hunterston B power station are celebrating a significant safety milestone as the station reached 10 years without anyone having to take time off due to an injury at work.

Since March 2008 staff and contractors at the site have worked more than 18.2 million hours in total without a Lost Time Injury (LTI). That is when someone working at the station injures themselves on duty and is absent for one day or more. This is longest run across all eight UK nuclear power stations.

Station management recognised the achievement by giving every member of staff and contractor an Easter egg and a first aid kit while an exhibition recognising the success was set up in the canteen so workers could gather to celebrate.

Over the past few years Hunterston B has been leading the rest of the nuclear fleet in its approach to industrial safety by developing new ways to embed safety in everyday business.

The Safe Start campaign which takes place each January aims to focus minds on safety for the coming year and a team from the station developed two Virtual Reality videos, one of which was used to help workers stay safe during last year’s statutory outage.

Technical and Safety Manager, Roddy Angus, said: “EDF Energy takes safety extremely seriously. It is embedded in our culture; we start every meeting by discussing a Daily Safety message to ensure that when people go out to work on the plant safety is at the forefront of their minds.

“We want to ensure that the power station is a safe and healthy workplace but we could not do it without the hard work and diligence of our staff and contractors so I’m incredibly proud to be able to celebrate this landmark with the people who work here.”

EDF Energy is committed to causing Zero Harm to people and the environment. In 2017, Hunterston B power station generated enough electricity to power 1.8 million homes and has been producing low carbon electricity since 1976. 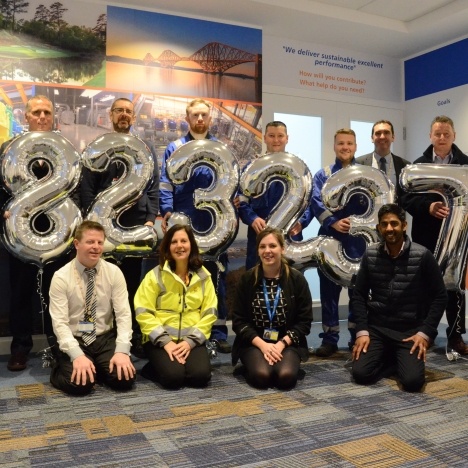 Staff and contractors at Hunterston B holding balloons showing the number of hours worked at the station,18,232,371, without anyone having to take time off of work due to an injury at the station.
View | Download (8.89 MB) 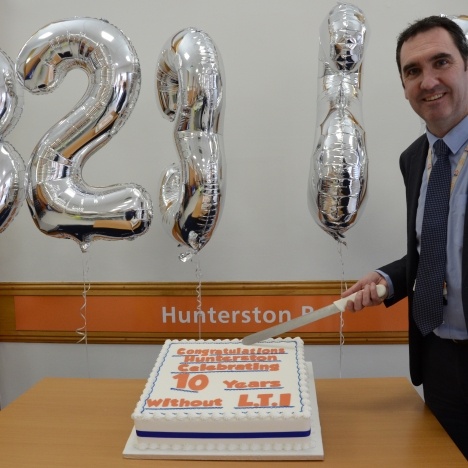