In March 2018 Hunterston Reactor 3 came offline to carry out routine inspections of the graphite core. As part of the normal ageing process we expect to see cracks occurring in some of the graphite bricks that make up the reactor core. This is something that is well understood and is recognised in our operational safety cases which are agreed with the UK nuclear safety regulator, the ONR. The inspections confirmed the expected presence of new keyway root cracks in the core and also identified these happening at a slightly higher rate than modelled.

On 2 May, we agreed that the reactor would remain offline to enable us to work with the regulator to ensure that the longer term safety case reflects the findings of the recent inspections, and includes the results obtained from other analysis and modelling.

This decision underlined our commitment to nuclear safety. Hunterston is, and will continue to be, operated with very large safety margins. The longer term safety case will build on existing analysis and will demonstrate that these margins will be maintained both now and for the projected reactor lifetime.

Maintaining nuclear safety as our overriding priority is at the heart of all of our operations. We build strength in depth into our operations, providing back-up systems that ensure our operational safety is never compromised.

During normal operations the numbers of cracks in the core have no impact on the safe operation of our reactors. The principal nuclear safety risk is associated with the very unlikely occurrence of major seismic (earthquake) activity close to the station. In such a scenario it could be possible for the core to distort and hamper the insertion of the reactor’s control rods necessary shut down our operations.

We operate with very large safety margins, including those relating to core distortion, and are very confident that in such an unlikely scenario as this that we would still be able to quickly shut the reactor down.

We also have 12 specially designed super articulated control rods in each reactor, these have additional joints which can deal with channel distortion and quickly shut the reactor down. Each station has a further back-up system that would quickly inject nitrogen gas into the core and stop the nuclear reaction.

Reactor 3 at Hunterston is the oldest core in our fleet so it’s what we call our “lead reactor", where we perform more frequent inspections.

Since May, additional inspections of the graphite core have taken place. We have now observed around 100 keyway root cracks in Reactor 3. This is from the inspection of just over a quarter of the reactor. Using modelling to project the number of cracks across the whole reactor our best estimate of the current number of cracks is around 370. This takes the core over the operational limit of 350 contained in the existing safety case for that period of operation; although it’s important to remember that we always set conservative operational limits which are well below what would be considered safe.

We also decided to carry out further graphite core inspections at Hunterston Reactor 4, giving us the opportunity to check our evaluations and predictions. We looked at more than a tenth of the core. We have now observed around 30 keyway root cracks which when modelled across the core means our best estimate of the current number of cracks is around 200. This is within the operational limit of the existing safety case for that period of operation.

The number of cracked bricks is only one of the parameters that we monitor. The principal safety consequence is how the core responds to a highly unlikely extreme earthquake scenario. Crack opening and core distortion are more relevant to every day operation and, in both reactors; all these are within existing limits.

When we made the decision in May 2018 for Reactor 3 to remain offline, we set up a programme to:

• Extend the agreed safety case to demonstrate safe operation for a period of 6 months starting when it returns to service after the current outage.

• Provide further evidence to demonstrate confidence in the seismic models and assessments and the understanding of graphite core degradation.

There has been good progress with this strategy. This includes enhancements to the seismic modelling using a more representative model of the reactor building. Using this improved model significant additional safety margins are demonstrated. The safety assessment presently show that, even in a highly unlikely extreme earthquake, the core will behave as designed with no challenge to control rod entry using the enhanced seismic model.

The safety case demonstrating safe operation for the next period of operation is now being subject to robust internal assessment including with our independent experts. Once this process is completed, it will be submitted to the ONR for assessment.

On 2 November we submitted a safety case to the ONR seeking approval for return to service of Reactor 4.

The safety cases must demonstrate that, for the next period of operation, the reactor will operate safely and shutdown safely during normal operation and during an extreme earthquake event. The Reactor 4 safety case has now completed a rigorous internal verification and technical challenge process and has been reviewed by specialist external bodies and we believe that the case and its many supporting references meets those strict requirements and demonstrates very conservative safety margins.

The ONR will, completely independently, rigorously review the case before deciding whether or not it is sufficient to support their approval for return to service.

Impact on the lifetime assessment for Hunterston B

Our current view remains that the best lifetime judgement for Hunterston B Reactor 3 (2023) continues to be supported, given the large nuclear safety margins. However, an important enabler to this is the work described above to reach increased alignment with our regulator.

We have been communicating regularly with key stakeholders within the local community, and our people. Further information can be found on https://www.edfenergy.com/energy/graphite-core 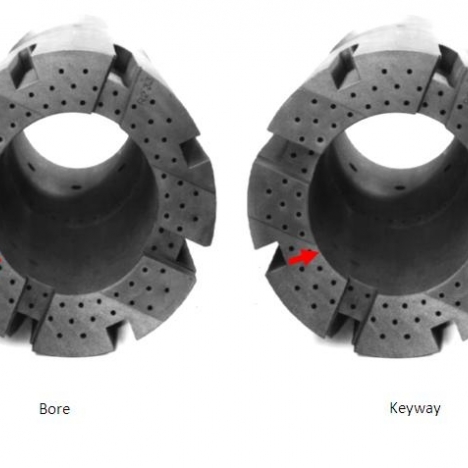