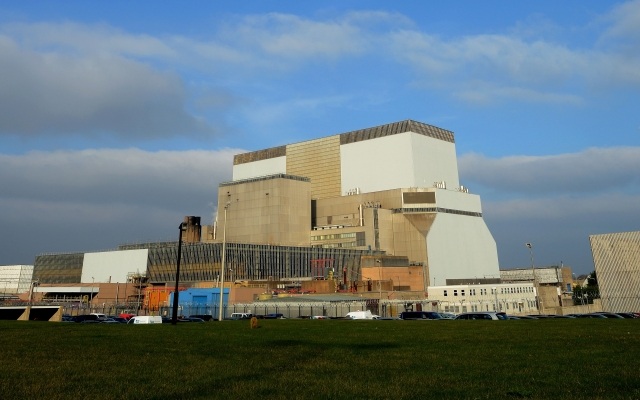 This paper summarises the expected findings of graphite Inspections in the Hinkley Point B Reactor 3 outage in 2018 and compares this to the actual results. It is a technical document that refers to the number and type of cracks in the graphite bricks in the core and how they are developing.

Each reactor in the fleet has a different operational age due to differences in the way they have been operated since they started generating and in the batches of graphite used. The graphite inspection results expected during each outage are unique to the reactor they refer to and safety cases will also depend upon the particular core state and assumptions on graphite progression for that particular reactor.

The internal stresses in the graphite bricks change over time and as a result cracking is expected to occur in some of the bricks as they age. This is a well-known phenomenon which was fully considered as part of the stations’ design and included in our operational safety case.   We have been working over many years to fully understand and prepare for these late life changes to the reactor core, and regular inspections at all our plants have provided a clear understanding of how the reactor cores age.

The cracks which have been found in the past, and those we expect to confirm during future inspections, have no impact on the normal operation of the reactor and would only present a challenge in the event of a major earthquake. Even though the chances of this happening are extremely remote, it is right that we base our safety case on the most extreme possibility and it is therefore modelled for a one in 10,000 year event.

EDF Energy is committed to being open and transparent around all our activities, including the operation of our fleet of nuclear power stations.   Our website has more information including a downloadable fact sheet and a video interview with Dr Jim Reed, an international expert on graphite reactors.

Further information, including some technical documents, can be requested via media@edfenergy.com

The 18 month Hinkley Point B R3 interim outage inspections were carried out in February 2018 in support of our current safety case . The maintenance schedule requirement is 26 central (rings 1-9) fuel channels.

To meet the maintenance schedule the agreed scope for the inspections was:

Sixteen channels were new inspections and 10 were inspected in the past and give an indication of how brick cracking is developing across the core.  This is important to ensure that the core behaviour aligns with scientific understanding of how degradation occurs.

The operation of our stations is governed by a series of safety cases.  These are essentially the rulebooks for how we operate all aspects of our power stations and are reviewed by our independent external regulator, the Office for Nuclear Regulation (ONR). The existing safety case defines the period of normal operations for the reactor until its next inspection outage. The assessments demonstrate that there is no challenge to control rod insertions for a core with up to 350 cracked bricks.

350 cracked bricks do not define the limit of safe operations; it is a prudent safety case assumption at this stage in the lifetime of a reactor and a significant margin beyond this has been demonstrated.  EDF Energy expects to demonstrate safe operation with significant safety margin with higher levels of keyway route cracking.

Expected findings Prior to Outage

There are two main mechanisms for brick cracking.

One, known as Bore Cracking, occurs early in life as the graphite changes due to irradiation and temperature effects. The number of Bore Cracks in the reactor is small and any increase is very limited as the reactors are now mature.  Bore cracks can either run vertically up and down a brick (axially) or can run in a circle around the brick (circumferential).

The second type of cracks, Keyway root cracks (KWRC), are generated later in the life of the graphite bricks and are the main mechanism that the inspections are intended to find so that we can fully understand the state of the core now and going forward. KWRC always run axially up and down a brick.

Although Bore Cracks look very similar to Keyway Root Cracks, the analysis carried out following the inspections can easily discriminate between the two.  The measuring equipment measures the graphite channels to an accuracy of 0.1mm down the whole channel which is 10m high.

The expected findings in an outage are separated into Bore Cracks and Keyway Root Cracks.  The details for the Hinkley Point B (HPB) Reactor 3 (R3) inspections are provided below.

For full height axial bore-initiated cracks (top to bottom vertically in one brick), model predictions suggested that the most likely outcome is one or two new singly-cracked bricks, and no new doubly-cracked bricks.

A range of 1or 2 additional singly-cracked bricks is expected with the potential for it to be up to 8. No new doubly cracked bricks were predicted to be the most likely outcome and up to 2 would be within expectations.

The most likely location for any newly observed full height bore-initiated (early life) axial cracks was in Layers 6 to 9 of edge channels that have not been previously inspected.

For circumferential cracking (cracks which go round the brick rather than top to bottom), it was predicted that 5 new cracks would be the most likely outcome and a range of 1 to 10 would be in line with expectations.

Prior to the outage a number of scenarios were set out to determine whether a revision to the safety case would be required. The scenarios cover a range of safety case criteria, with some of those relevant to cracking summarised below.

Route A is within the current agreed safety case

The results of the inspections were assessed against acceptance criteria:

A small piece of debris was observed in 3Q29 (approximately 26x33mm), no evidence was found of the graphite fragment within the fuel channel. It does not pose a threat to fuel movement.
All measurements were within expectations. Pre-outage statistical forecasts of the times to reach the Operational Allowance of 350 singly axially cracked bricks are, with zero KWRC observed in the representative channels inspected, September 2019 at 99.9% confidence. Return to service is therefore supported and the operating period will be confirmed in the 60-day safety case for HPB R3.
One new full height axial bore crack was observed. There were 6 new full circumferential cracks observed and these present no challenge to core distortion.
Overall the results were within acceptable expectations – Observations lie within expectation and within the safety case.  No further inspections are required to support return to service.

The HPB R3 core inspection results in 2018 were within expectation and the existing graphite core safety case.  The results will be summarised in the HPB R3 60-day safety case which will demonstrate a justified period of operation for R3 up to a core burn-up to c. mid-2019, noting that the next core inspections on R3 are planned for April/May 2019.

EDF Energy is determined to be open and transparent around all of our operations.  However for security and commercial reasons it is not always possible to publish all of our reports or findings.  If you feel the information you require is not covered in this document please contact us at [media@edfenergy.com] and we will endeavour to respond to your query.

Fuel Channel Burn Up - A measure of the amount of fuel burned, and therefore the irradiation of the graphite, in the channel through the life of the reactor. Measured in GWd/te

Inspections - Detailed measurements and video taken whilst the reactor is shutdown

Peak rated - These are layers 4-7 of the HPB core and are the layers that receive the highest levels of irradiation. The fuel channels contain 12 layers of bricks.

Ring - Refers to the distance from the centre of core. The core contains 10 rings of fuel channels

Targeted Channels - Targeted channels are selected for inspection because they are of particular interest. This could be to follow up on information gathered during previous inspections or other core monitoring techniques.