John Munro, station director, said: “This is a fantastic achievement and is testament to the professionalism of the team we have here at Heysham 2.

“This record comes in the station’s 28th year of operation which shows what can be done with a skilled team and targeted investment in the plant.

“Earlier this year we extended the operating life of Heysham 2 by seven years to 2030 and over the next 14 years I’d like us to be challenging our own new operating record.”

The world class performance at Heysham 2 is one part of the sustained improvement in safety and reliability seen across the EDF Energy nuclear fleet since acquisition by EDF in 2009.

EDF Energy CEO Vincent de Rivaz said: “Since the acquisition of the UK nuclear fleet in 2009, we have increased its output by 50%, safety performance by 51% and lifespan by 25%.

“We have achieved that while dramatically improving the safety of our plants - last year we had our best ever performance.

Heysham 2 Unit 8 has been operating continuously for 895 days since being synchronised to the national grid on February 18th 2014.

Around 1500 people work at Heysham 1 and 2 power stations with more than 95% living within 10 miles of the power station.

The sites have 50 apprentices in its four-year training programme, with most drawn from local schools.

Heysham 1 and 2 power stations works with around 40 local businesses which provide key services to the sites.

Heysham 2 is designed to be refuelled without being shut down first. During the current run, 123 fuel channels have so far been refuelled.

Exelon's LaSalle 2 boiling water reactor (BWR) holds the world record for continuous operation of a light water reactor. In February 2007 this unit was shut down after a run of 739 days.

Calvert Cliffs 2 set a world record for continuous operation of a pressurised water reactor (PWR) in February 2009, having operated without interruption for 693 days.

EDF Energy in the North West

In the North West EDF Energy operates Heysham 1 and Heysham 2 power stations which employ over 1,100 staff and 400 contracting partners. As well as generating enough power to serve some four million homes in this region the company also provides gas and electricity to over 190,000 customers with over half of those opting for one of the company’s Blue+ products which are backed by low-carbon generation. We make sure we buy enough electricity generated from a low-carbon nuclear source to match every unit of electricity we estimate our Blue customers use. EDF Energy is proud to power up some of the largest companies in the UK, including sites for Tesco Stores Limited, Urenco UK Ltd, Morrisons, Jaguar Land Rover Limited and PPG Industries UK Ltd, right here in the North West. Following a landmark agreement with Network Rail the company also provides nuclear-backed Blue energy to power up the UKs electric rail network, covering most of the south east of England and the main lines from London to Edinburgh and Glasgow, as well as the Merseyrail network around Liverpool and the Glasgow suburban network. 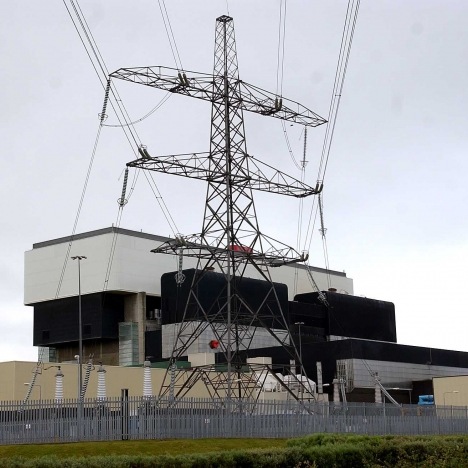