Finding the engineers of the future 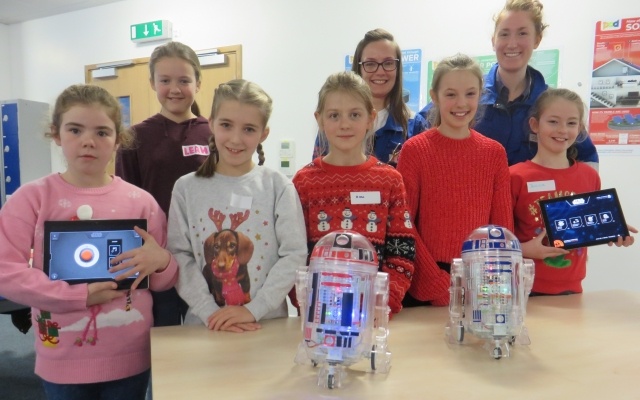 Heysham power stations threw open their doors to a group of girls who may become the engineers and scientists of the future.

EDF Energy, which runs the stations, is committed to improving the diversity within its workforce and this event supported this goal.

It is important to invite younger pupils in, before they make the GCSE choices, to see engineering in action at the power station and also meet some of the many female engineers on site.

Engineers at Heysham 2 Alex Wilcock and Ally Shankland, met the 18 girls who took part in the engineering day, helping them to build droids, chat about their roles on site and accompany the group on a tour of Heysham 2.

Julie O’ Dwyer, visitor centre guide, put together the event, She said: “This was the first event of this kind that we have run here. We invited staff to encourage their daughters to take part and the interest was overwhelming.

“Having Alex and Ally around to talk about what they do was great and the girls had lots of questions and hope fully they will now really look seriously at careers in science and engineering.”

The site is hoping to make this an annual event, tying with the regular activities hosted at the visitor centre which this year saw more than 6000 people, many of whom took a tour a on site.