Feathers have been ruffled amongst bird experts after the identity of a peregrine falcon nesting on the roof of Torness power station was confirmed.

Peregrines have been rearing chicks at the power station near Dunbar for more than 20 years and a web-cam was installed to allow the staff to keep an eye on their progress in 2007 but the identity of this year’s nesting female has taken ornithologists by surprise.

Station operators EDF Energy do not allow access to the site to tag the resident peregrines so when a female which had been ringed in Vauxhall, Greater London, in May 2014 was first spotted at Torness just before Christmas is was clear she was not a returning Torness chick.

Wildlife surveyor, George Hogg, who monitors biodiversity at Torness said: “We first spotted this female a few months ago. Peregrines can be territorial but at that point the regular residents seemed to be tolerating her presence. Since then we have been keeping an eye on the nest site.

“It has taken a while, but we have been able to confirm that the nesting bird was the ringed female spotted earlier this year. This is the farthest migration we know of any London ringed peregrine falcon taking in search of new nesting grounds. The farthest north a ringed London bird has previously travelled was to Nottingham.”

The new resident female has been raising two chicks that have been enjoying the good summer weather and have started to venture out of the nest.

Station Director Robert Gunn said: “Torness holds the Biodiversity Benchmark and the land around the station hosts a great variety of wildlife from butterflies to deer. It is always a pleasure to welcome new visitors but I suspect we shall never find out how the London-born female managed to chase off the previous resident female to secure such a prime nesting site.”

Torness has held the Wildlife Trust’s Biodiversity Benchmark award since 2015; one of four sites in Scotland and the only one in East Lothian to do so. 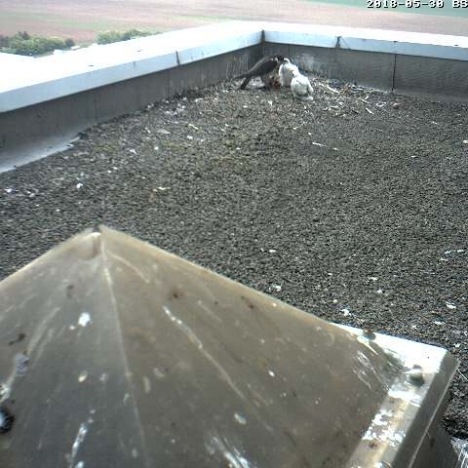 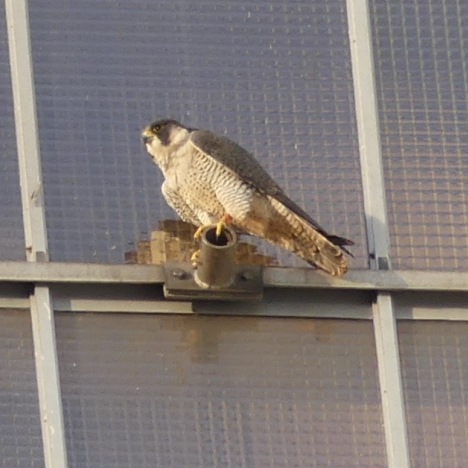