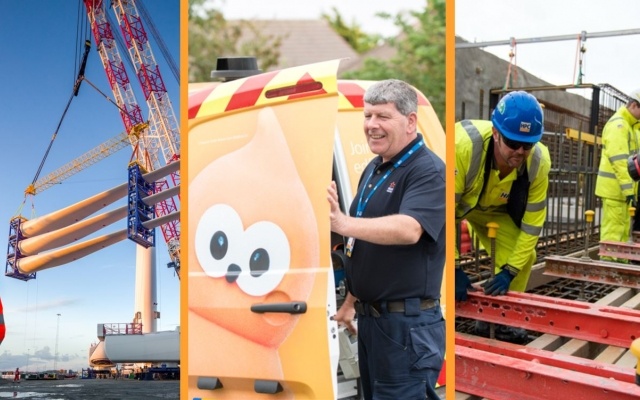 Please follow this link to the EDF Group media release relating to the Group’s Annual Results for 2017 which have been published this morning. These relate to the performance of the entire EDF Group and include a summary of EDF Energy’s performance in the UK.

EDF Energy will provide a detailed breakdown of how each part of its business has performed when it publishes its annual segmental accounts before the end of April this year.

-  Hinkley Point C – in 2017, all key project goals were delivered. At the end of the year, there were nearly 3,000 people on site each day.
-  EDF Energy’s eight existing nuclear power stations performed strongly with an output of 63.9 TWh. This saved 22m tonnes of CO2 compared with gas generation, equivalent to removing a third of the UK’s cars from the road for a year.  Nuclear stations delivered their best ever safety performance.
-  EDF Energy continued to be the largest electricity supplier (by volume) to British business. Market share of residential customer accounts remained stable at just over 10%, despite intense competition.
-  EDF Energy Renewables began installing five 8 MWh wind turbines in an innovative test project using gravity-based foundations off the coast of Blyth in Northumberland. EDF ER commissioned three other windfarms and acquired 11 new sites in Scotland.
-  EDF Energy’s total investment in existing nuclear, coal, renewables and customers was £630m. Investment in new nuclear in 2017 £1.49bn.
Underlying operating profit (EBIT)[1] in 2017 saw an overall loss of £3m, reflecting slightly lower electricity output and lower (-12%) wholesale prices. (EBIT 2016 £470m)
-  EDF Energy, in a joint venture with Dalkia, acquired Imtech in order to accelerate the development of energy services for business customers in the UK. Imtech is a leading provider of engineering and technical services with more than 2,000 employees in the UK and Ireland.

Working with its partner CGN, EDF Energy made good progress across all of its new nuclear build projects.

In 2017, key project goals included the pouring of the first ‘nuclear safety’ concrete for the underground service tunnels. Three concrete batching plants were installed and construction work began on a temporary jetty. By the end of the year, there were nearly 3,000 people working on site. The project is on track to reach ‘J-zero’ in mid-2019, when work will begin on structures above ground.

The IPA (Infrastructure and Projects Authority) guarantee has been cancelled.

EDF Energy and CGN have continued to develop plans for Sizewell C. This includes work to reduce construction costs by up to 20% and to explore new financing models to bring down costs further.

Proposals to build Bradwell B in Essex are being led by CGN. The UK HPR1000 reactor design for Bradwell has been going through a ‘Generic Design Assessment’ by the regulators, the ONR and Environment Agency. EDF Energy has been supporting  CGN during this process.

The output of the nuclear fleet in 2017 was 63.9 TWh which is close to the record level achieved in 2016 (65.1TWh). This output of low carbon energy saved 22m tonnes of CO2 compared with gas generation, equivalent to removing a third of the UK’s cars from the road for a year.  Sizewell B reached a milestone of producing over 200 billion kilowatt hours of low carbon electricity since the start of operation in 1995. This world-class performance was the result of EDF Energy’s continuing investment in its existing nuclear power stations which in 2017 was £450m.

The nuclear power stations delivered their best ever safety performance in 2017 with only four lost time incidents.

EDF Energy Renewables has built Europe’s largest battery storage unit at West Burton in Nottinghamshire. The 49MW project is part of a new 200 MW enhanced frequency response system which will be deployed across the UK to balance the UK grid.

EDF Energy came 2nd out of 19 energy companies when ranked for customer service by Citizen’s Advice.  The company scored 4.2 out of 5.

EDF Energy, in a joint venture with Dalkia, acquired Imtech, a leading engineering services firm[3].  This is part of EDF Energy’s strategy to offer innovative products to business customers.

“EDF Energy is making big investments in nuclear and renewable power to give Britain the electricity it needs now and in the future. Our Hinkley Point C project is making good progress and delivering big benefits in jobs and skills.

“We are keeping market share in an intensely competitive retail market by staying focussed on customer service and developing innovative new products and services for homes and businesses. We will also continue to work hard to become more efficient and to drive down costs.”

[1] Excluded from underlying EBIT is a one-off impairment charge of £167m, mainly due to the reduction in the value of coal power stations and gas storage assets.

[3] Imtech was acquired by EDF Energy Services, a joint venture between EDF Energy and Dalkia. Dalkia is owned by EDF Group.

Earnings before interest and tax (EBIT) / Operating profit
This is a company’s ‘operating’ profits before payments for tax and interest payments are included. The charge for depreciation and amortisation is included in the operating profit figure.

Earnings before interest, tax, depreciation and amortisation (EBITDA)
This is effectively the company’s net income from selling energy minus its operating expenses, but it excludes the significant costs involved in repaying loans, paying tax and the declining value of the assets it owns (e.g. buildings, power stations and equipment).
It also does not include the amount a company must invest to maintain existing assets or build new power stations.

Amortisation
This reflects the value used of non-physical assets owned by the company such as copyright, IT systems or patents. 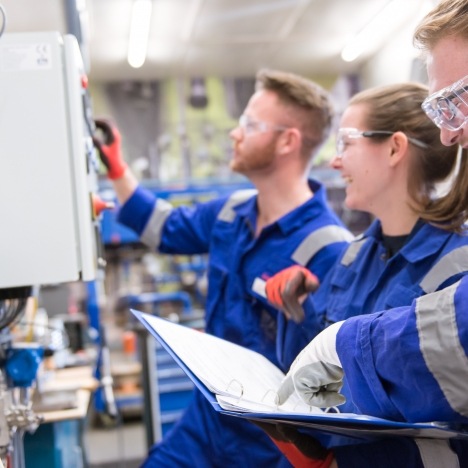 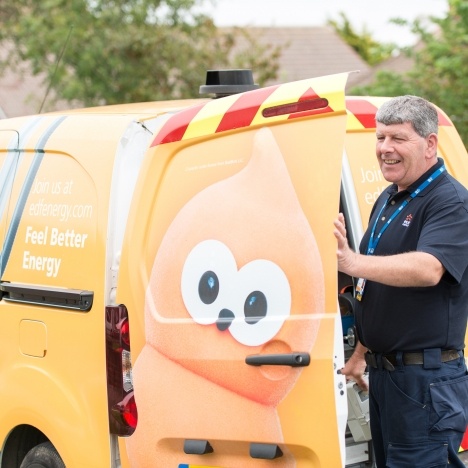 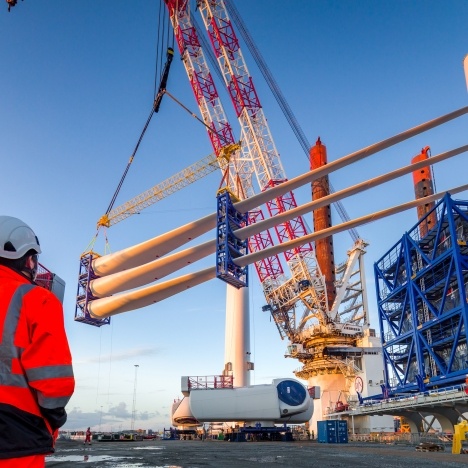 Excavations around the base of the 'nuclear island' where the first reactor will sit.
View | Download (835.62 KB)