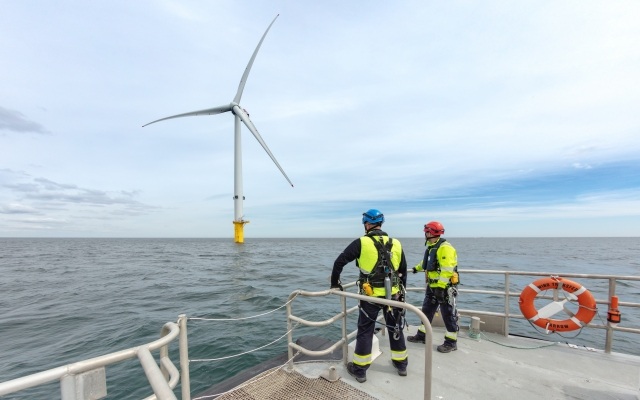 Located off the Northumberland coast, the Blyth off-shore wind farm is composed of five turbines with total generation capacity of 41.5 MW. Several innovations have been built in to contribute to enhanced competitiveness of off-shore wind power.

Blyth is the first off-shore wind farm to use float and submerge technology. The wind turbines are supported with gravity-based foundations transported by floating, which reduces the installation costs. The 8.3 MW turbines are amongst the most powerful of their type to be used offshore. A dedicated operations and maintenance team with 9 members has been set up at the Port of Blyth.

The EDF Group, in the form of EDF Renewables in the UK, already operates the 62 MW Teesside off-shore wind farm located around 80 km to the south of the new Blyth facility. In May, the Group acquired the 450 MW Neart Na Gaoithe off-shore wind project off the east coast of Scotland and has been granted all the administrative permits.

The 49 MW battery storage facility located at West Burton B power station is the largest project in the new frequency control system which will be deployed across the UK to improve stability of the national grid.

Against the backdrop of extensive development of renewable energy generation and the closure of ageing power plants, battery storage technology supports stability of the grid and can be used for rapid response to fluctuations in grid frequency.

Jean-Bernard Lévy, the EDF Group Chairman and CEO stated: These two innovative projects demonstrate our expertise in renewable energies and electricity storage. They contribute greatly to decarbonisation of the energy mix in the UK, our second largest market after France. They are both consistent with our CAP 2030 strategy, which aims to double EDF Group renewable energy generation by the year 2030 and our Electricity Storage Plan with the installation of 10 GW of new storage facilities supporting the electricity systems by the year 2035.

Simone Rossi, EDF Energy Chief Executive Officer stated: These projects show how EDF is investing in new technologies to promote the development of renewable energies in the UK. At Blyth, we have used innovation to drive down the cost of off-shore wind power and at West Burton B we are setting up infrastructures, which will guarantee viability of a system increasingly focused on low carbon energy. Both projects demonstrate our commitment to providing UK consumers with reliable, affordable, low carbon energy from a range of technologies mainly based on renewable energies, batteries and nuclear power.

Bruno Bensasson, Group Executive Vice-President in charge of Renewable Energies added: I am delighted to inaugurate these innovative projects. They demonstrate that EDF Group plays a significant role in the shaping of renewable energies and is able to offer reliable solutions for global expansion.  The fast-track construction at Blyth highlights robustness of EDF Group expertise in off-shore wind power that we intend to further develop on the UK market, as well as in France and beyond.

EDF Energy, a subsidiary of the EDF Group, is already a major employer in both the North-East and in Nottinghamshire, at nuclear and fossil-fuel power plants as well as at customer service centres. The projects inaugurated today bolster EDF Group presence in these two regions. Hartlepool nuclear power station employs more than 600 persons and the call centre at Doxford Park employs 1100 people, while the EDF Renewables office just outside Durham has 100 employees.  In Nottinghamshire, West Burton B CCGT power station (1332 MW) is adjacent to West Burton A coal-fired power station (2000 MW) and close to Cottam coal-fired power station (2000 MW).  These plants employ a total of more than 500 persons.

About the EDF Group

The EDF Group, a leading participant in energy transition, is an integrated energy company, working across the board of the specialisations: generation, transmission, distribution, trading, power sales and energy services. World leader in the low carbon energy sector, the Group has developed a diversified generation mix based on nuclear power, hydropower, new renewable energies and fossil fuel power. The Group contributes to energy supply and provision of services to around 35.1 million customers, including 26.5 million in France. In 2017, it generated consolidated turnover of 70 billion Euros. EDF is a company listed on the Paris Stock Exchange.

EDF Energy, a subsidiary of the EDF Group, is the UK’s largest generator of low-carbon electricity, meeting around one-fifth of the country’s demand and supplying millions of customers and businesses with electricity and gas. It generates electricity with eight nuclear power stations, more than 30 wind farms, one gas-fired power station, two fossil-fuel power stations, and combined cycle gas power plants. In the UK, the company employs around 13,000 persons at locations across England and Scotland. For further information, visit edfenergy.com or follow us on Twitter.

EDF Energies Nouvelles is an international leader on the renewable energy electricity market, with more than 12 GW of gross installed capacity throughout the world, mainly focused on on-shore and off-shore wind power and solar energy. For further information, visit edf-energies-nouvelles.com

About EDF Renewables in the UK

EDF Renewables is one of the UK’s leading renewable energy companies and mainly develops, builds and operates generation projects, focused on on-shore and off-shore wind power and battery storage. The company also ensures operation and maintenance of its own wind farms. It already operates more than 786 MW of wind farms (including 319 MW in Scotland) with more than 1GW under development.  EDF Renewables is continuing to develop its renewable energy business in Scotland, which includes construction of the 177 MW Dorenell wind farm in Moray, the largest on-shore wind power project combined with a contract for difference (CFD), which is scheduled to be completed by the end of 2018. It has also recently acquired the Neart na Gaoithe off-shore wind farm project, with generation capacity of 450 MW. The company employs more than 170 persons. Follow us on LinkedIn. 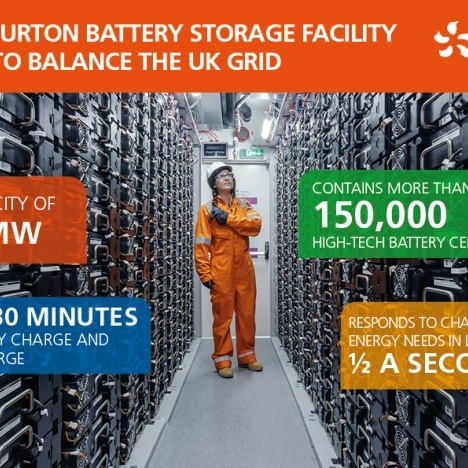 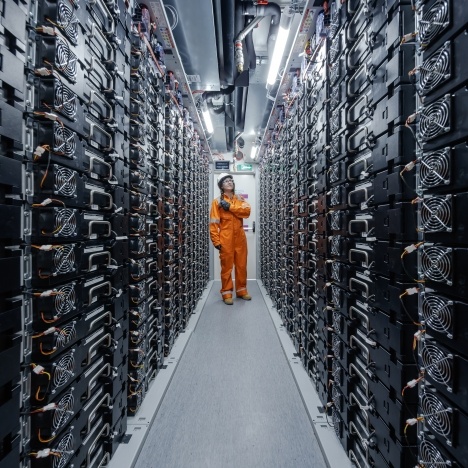 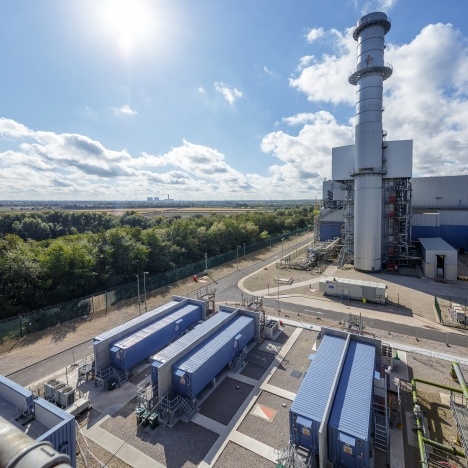 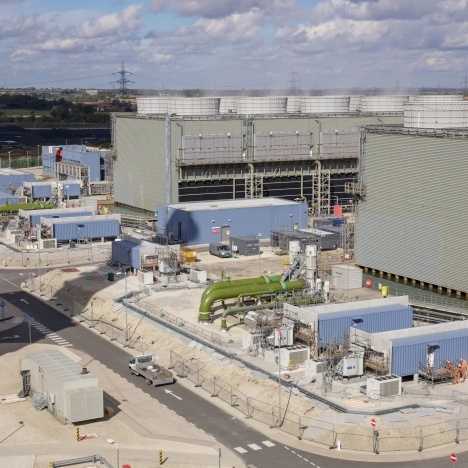 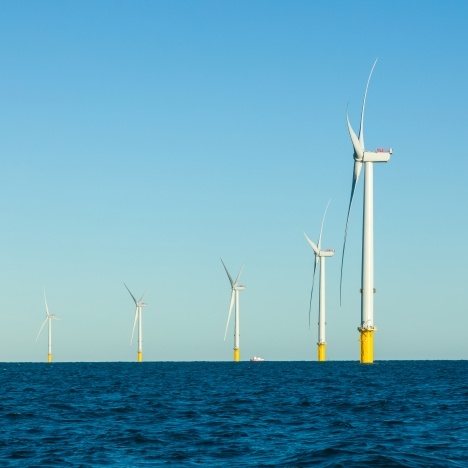 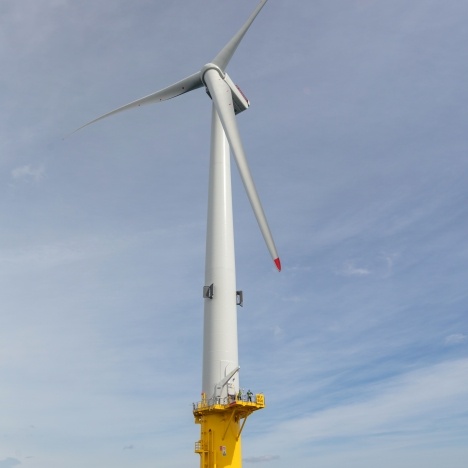 One of the turbines at Blyth Offshore wind farm
View | Download (15.93 MB) 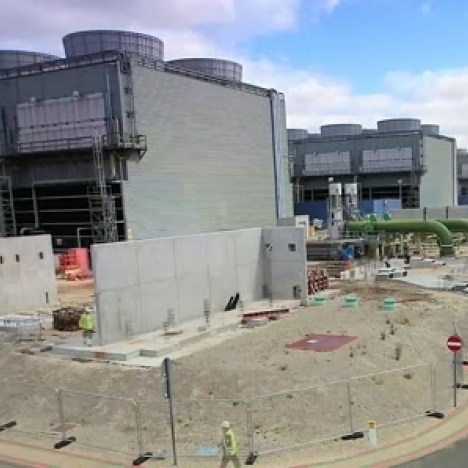 Timelapse of the construction of the new battery storage facility at West Burton
View | Download (69.86 MB)