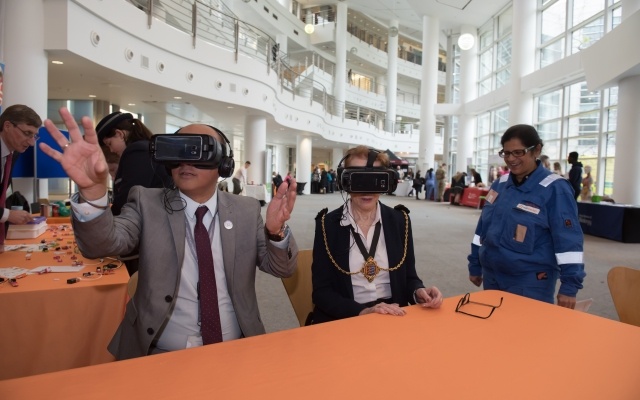 Staff at Dungeness B had a busy time celebrating British Science Week with a series of exciting exhibitions and school visits involving more than 3,500 local pupils in East Kent.

The fortnight of fun and science learning kicked-off in spectacular fashion with the Big Bang Science Fair at Discovery Park at Sandwich – a phenomenal annual science event organised by the STEM Hub of Canterbury Christ Church University.

The Dungeness team promoted early careers in the nuclear industry, what it’s like to work at Dungeness B, and how science is applied in running a modern low-carbon nuclear power station meeting Kent’s electricity needs.

More than 3,500 students at several primary and secondary schools in the area, including Lydd, Dymchurch, Ashford and Brooklands, were involved in the events aimed at inspiring the next generation of scientists, and interest in STEM subjects – science, technology, engineering and maths.

Sherine Dante, STEM lead at the North School in Ashford said the interactions were excellent – and helped interest pupils in potential careers in STEM subjects

“The feedback from pupils was excellent. They said things like ‘It was really interesting! I learnt lots about electricity at the power station I didn’t know before’. It was tremendous.”

Another  Year 4 pupil at the event said: “It was so cool! I especially liked the bit where we got to use the magic sticks to see how electricity travelled around a complete circuit.”

The team took Virtual Reality headsets and other equipment to the Big Bang Fair, where the EDF Energy exhibition stand was one of the most popular, with even local MP for South Thanet Grant MacKinlay taking a virtual tour of a nuclear reactor using the headsets.

The team also visited several other schools in the area during the fortnight taking a touring roadshow into local schools for face-to-face interaction.

The station’s Enterprise Advisor also held sessions with Year 8 pupils on potential careers with EDF Energy, and some of the younger pupils learnt about how power is produced in Exploring Electricity sessions. 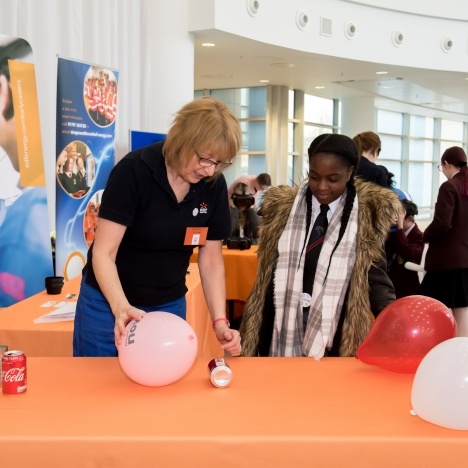 The atmosphere was electric at the Dungeness B exhibition stand at the Big Bang Fair
View | Download (3.31 MB)